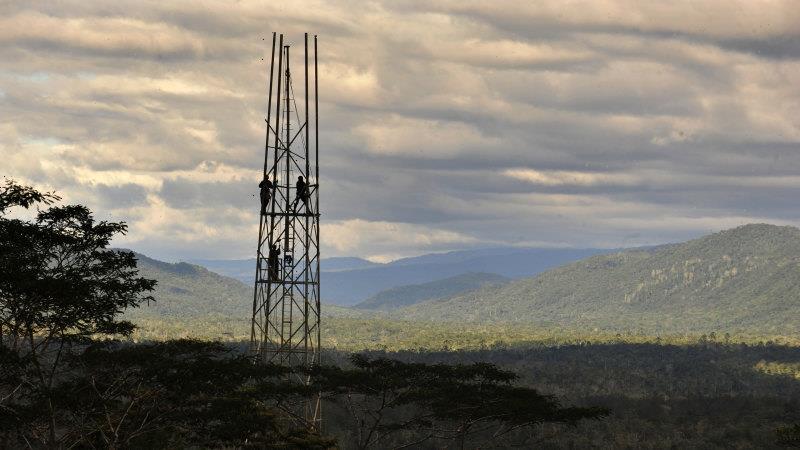 The ABC is planning to employ more journalists in the Pacific region and re-establish satellite feeds for its international service under a $12 million request for funding submitted to government last year.

Expansion of ABC Radio Australia across the Pacific into different time zones and creating specialised content focused on the region that can air on ABC television and radio in Australia are among a series of detailed proposals to boost coverage in the region. 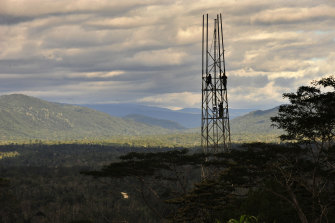 ABC will try to expand its presence in the Pacific if it receives $12 million in funding.Credit:Jason South

ABC managing director David Anderson flagged the plans to increase the broadcaster’s presence in the region last year, but did not go into detail on what the investment would look like. He was still waiting for the government to confirm the next round of triennium funding. The expansion plans were made public in answers to questions asked by the Senate in February.

The ABC said a $12 million submission to government for boosting its presence in the region included the expansion of ABC Radio Australia’s FM footprint across the Pacific and the re-establishment of three satellite feeds for the ABC’s international TV service ABC Australia.

It also includes proposals to employ more journalists in the region, to create an online learning platforms for media skills training and support of the National Corporation of Papua New Guina to improve transmission services. The ABC has not received a response from government on whether it has secured the funding for the proposals.

If successful, this would be the first major push into the region for the ABC since its dedicated cable channel was shut more than seven years ago. It comes against the backdrop of rising tensions between Australia and its largest trading partner, China, and as China’s influence across the region strengthens and throws its weight behind Russia as it invades Ukraine.

China’s footprint has been particularly strong in countries which have switched diplomatic allegiance from Taiwan to Beijing in recent years, including the Solomon Islands and Vanuatu. The federal government has spent years helping the countries strengthen their independent media as Chinese media grows throughout the region.

The ABC withdrew its China correspondent, Bill Birtles, in 2020 after he was informed he was a person of interest in a national security case. Birtles was one of the last journalists working for Australian media organisations in China.

The ABC previously operated The Australia Network, which broadcast its content into 46 countries across the region including Papua New Guinea and Indonesia. But the service was shut down in 2014 following budget cuts by the then Abbott government, a move critics say has hurt Australia’ soft diplomacy power in the Pacific.

The federal government has invested significant amounts of money into communications services in the region. It struck a $1.9 billion deal with telecoms giant Telstra to buy South Pacific operator Digicel in October. In 2020, it signed multi-million dollar deals with commercial TV networks Nine Entertainment Co (owner of this masthead), Seven West Media and Network Ten to broadcast live sport and entertainment programs.

Until recently, the ABC’s investment in the area was poor. The ABC switched off its shortwave transmissions to remote parts of northern Australia and across the Pacific in January 2017 following a series of budget cuts and funding freezes.

The ABC insisted at the time the shortwave technology was outdated and it would save $1.9 million by cutting the service, which would be reinvested in expanding content and services. A Chinese station has since taken over some frequencies once used by the national broadcaster.