A lot goes down in Breaking Dawn, the book and both movie counterparts. It’s the finale to the Twilight saga and acts as such; Bella Swan finally becomes not only a Cullen by marriage but a vampire as well. She and Edward head closer to their happily ever after, but then she becomes pregnant, which they had no idea was even possible.

Then in the second part of the book (and second movie), the Volturi are breathing down their necks because they heard Renesmee was an immortal vampire child, not the hybrid she is. But a big aspect is also Jacob Black imprinting on Renesmee. It’s certainly a cause for many an internet debate. But how do the logistics work with imprinting? Especially when Jacob said it was “rare” for their kind? There’s a theory about it since no answers are really given in the books.

The wolves’ imprinting was described as rare but powerful 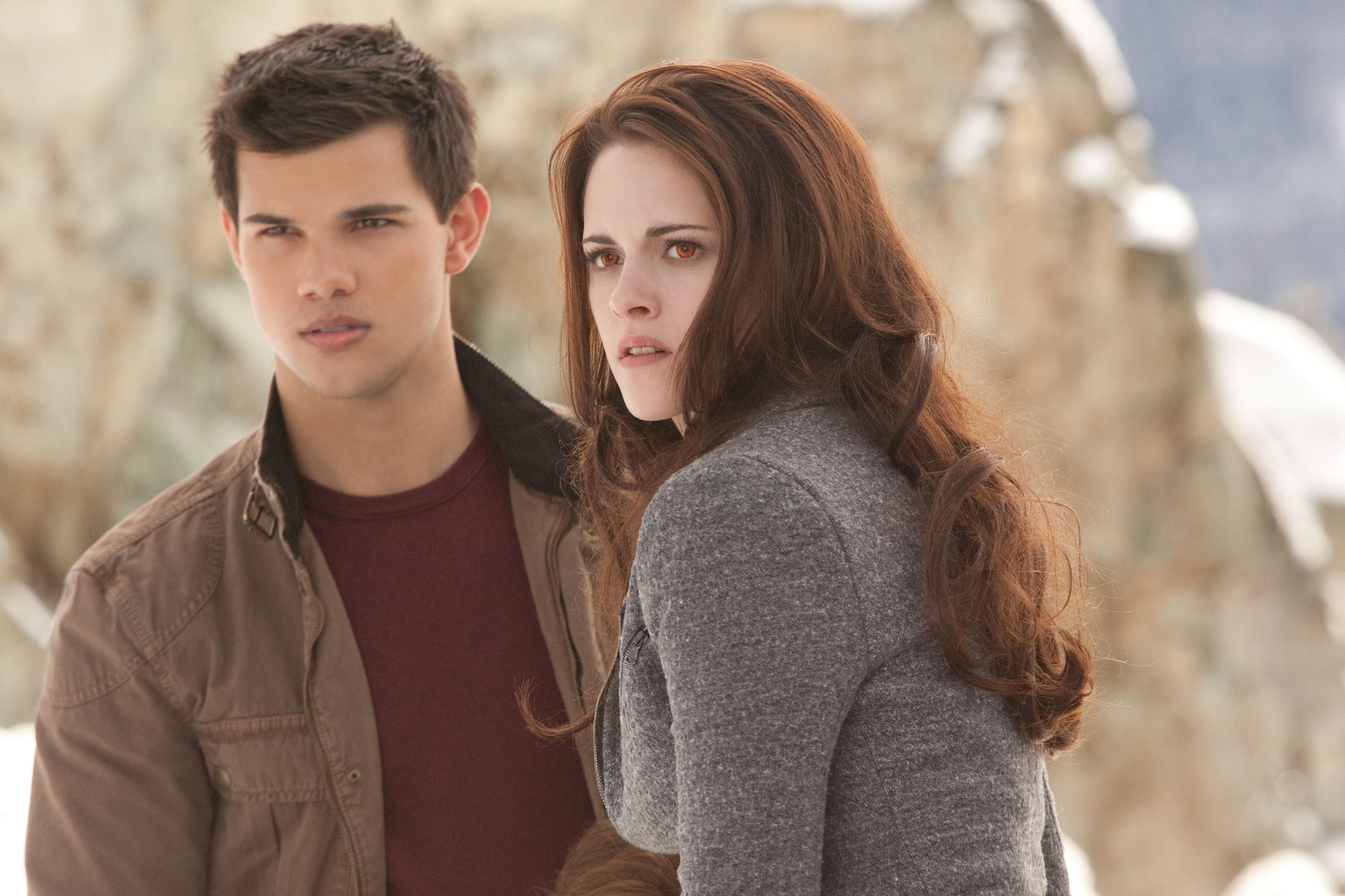 When Bella meets Sam and Emily in New Moon, Jacob makes it a point to talk about imprinting. And then he goes in deeper in Eclipse when Leah Clearwater is involved, since she was hurt when Sam left her abruptly for Emily.

He said it was pretty rare for their kind, but that it’s powerful. Once a wolf imprints, it’s for life, and they’ll be “whatever they need to be” for their imprintee. So whether that’s a caregiver, brother, or more, they’re bonded for life.

By the time Breaking Dawn comes along, Sam Uley, Paul Lahote, Jared Cameron, and Quil Ateara have imprinted. There’s a long part in the book where Jacob tries to will himself to imprint on someone so he could get over his obsession with Bella as she’s pregnant. But, again, there is no guarantee that he’ll ever imprint and he can’t choose. He, of course, imprints on Renesmee Cullen, Edward and Bella’s newborn baby.

A theory suggests their imprinting acts similarly to why new wolves shift: the vampires

So, if it’s so rare for the shapeshifters, or at least that’s what they think, why do so many of them imprint? Reddit user u/onefortyam has a theory.

My theory is that just like how the wolf gene is sparked by the presence of vampires, maybe the imprinting trait gets enhanced too, especially since the Cullens are there longer than any vampire has been before.

Jacob blames the Cullens at some point for the fact that the wolves are there. In the movie New Moon, Jacob tells Bella to blame those “filthy bloodsuckers” she loves so much for the reason he was acting so hostile, before she found out he was a wolf. And then when all of those nomadic vampires come to Forks in the final installment to witness against the Volturi, so many younger teens on the reservation started shifting.

The reason certain Quileute members can shift is that the threat of vampires caused them to do so from the start. And then the gene would go extinct when there weren’t any vampires in the area. This is why there was such a long time without shapeshifters before Sam and the others followed.

User u/simdethird20 agreed with this theory, writing “it’s as if the instinct to imprint becomes stronger depending on the proximity of vampires and how many there are in a given area.”

They pointed out that the Cullens caused Sam and a few to shift for the first time before they left in New Moon. Sam had already imprinted. No one else joined the pack until Laurent and Victoria started snooping around. That’s when Jacob turned his first time. Then when the Cullens came back in Eclipse, nearly half of them imprinted, and more were added to their pack.

The whole point of imprinting is to create stronger wolves, so this theory makes sense 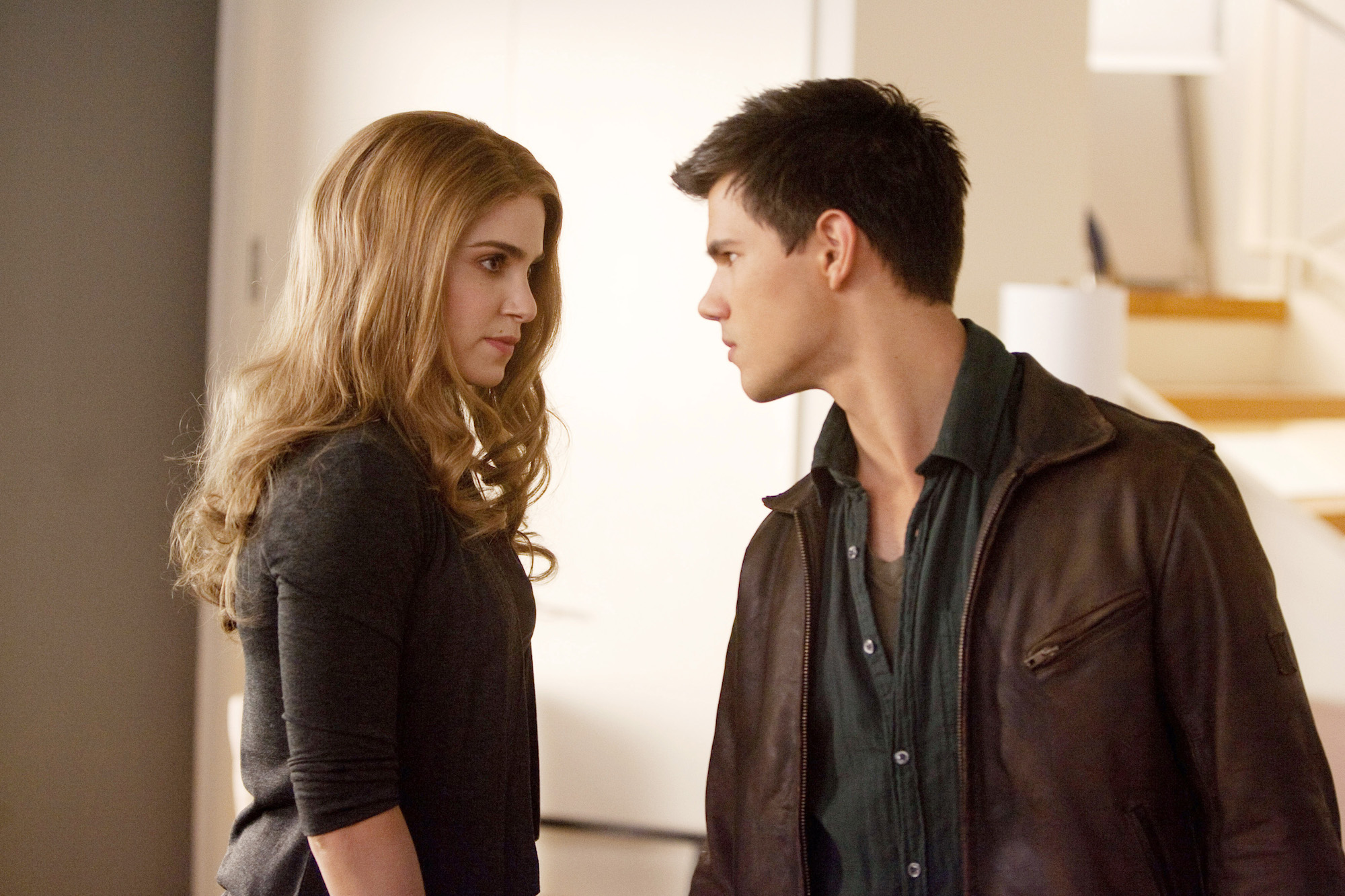 Their imprinting going hand-in-hand with what causes more of them to shift and join the pack makes sense.

The ultimate goal of imprinting for the tribe’s wolves is for the imprintee and the shapeshifter to become romantic partners, to then carry on the family line of shapeshifters. Why do they do this? Their “genes” or “wolfy senses” imprint on the person that they’re going to create the strongest children with. And, later, the strongest possible wolves.

That’s why they can’t choose who they’re going to love. It comes up later in Breaking Dawn that Leah is actually infertile, which would explain why Sam’s genes didn’t imprint on her. Instead, he imprinted on her cousin Emily. Which, of course, is a heartbreaking scenario.

So, if there are more vampires around, and more of the tribe are turning into wolves to join in the fight against vampires, it would then make sense for the existing members to “need” to procreate. Hence why they’d imprint more when more vampires are around.

Leave it to Twilight to make Edward Cullen the whole reason why Jacob Black imprints on his daughter.