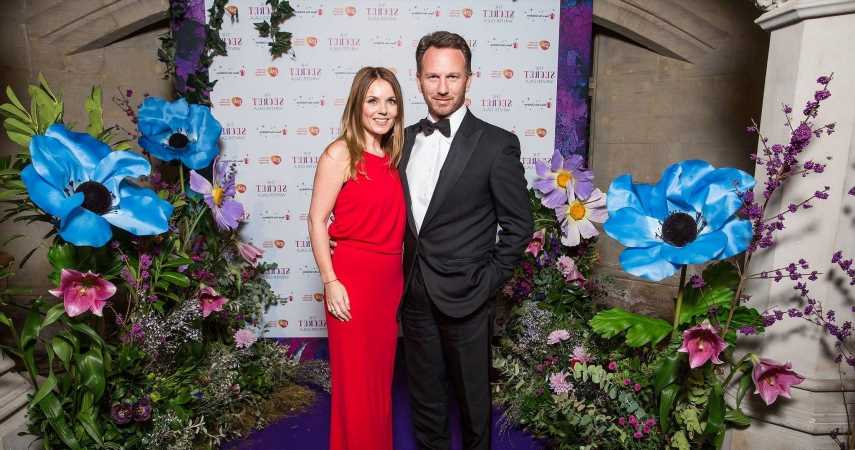 It is no doubt that F1 star Christian Horner and Spice Girl Geri Horner are living the best of their lives in a luxurious and lavish way. The couple has become a force to be reckoned with in the previous years with their popularity and relevance in both sports and show business. With a net worth of $50 million for Christian and Geri closely following behind with $40 million, it is not at all surprising that the couple is living a lavish life as they are considered bigwigs in their own field.

RELATED: Spice Girls Are Looking To Get The Band Back Together

How The Power Couple’s Romance Began

The lovebirds Christian Horner and Geri Halliwell look quite good together and produce the best picture-perfect couple ever since they got together. Formula One boss and Ginger Spice started dating back in January 2015, and just after five months of dating, the two decided to get married on May 15, 2015. The power couple tied the knot with a ceremony held at the St Mary’s Church in Woburn.

For Ginger Spice, her love life is not at all a smooth sailing one. She had fourteen failed relationships and two engagements before she found everlasting love with her now-husband, Christian Horner. Finding the love of her life took a lot of failed relationships, and it probably became helpful along the way as Geri realized what she wants and does not want in a relationship. Though their love story might be smooth sailing, they had to go through family drama before they were even able to walk down the aisle. There was an issue with Horner’s ex, Beverly Allen, who gave birth to their child prior to the wedding. Six months after Allen gave birth, Horner and Halliwell confirmed their relationship publicly. Eventually, the issue was sorted out as both camps decided to just be civil about it.

Forming Their Own Beautiful Family

After taking Christian’s last name, Geri Horner was soon had his baby after the marriage. Gerri Halliwell Horner got pregnant the following year with their first child together. The power couple named their baby boy Montague. Horner is also a stepdad to Geri’s little girl named Bluebell Madonna whose already 15, while their baby boy is now 4. Bluebell and Horner have a great relationship, and she does approve of him as her stepdad and as a way to fully accept him. Geri’s beautiful daughter has walked her mom down the aisle when they got married in 2015. It was like a dream come true for Geri, and she described the wedding as the happiest moment of her life. Horner also has a daughter from a previous relationship named Oliver with his ex-partner Beverley Allen. Their daughter is now eight years old.

Though the couple has more than one luxury home, they are currently enjoying most of their time staying at their own farm. While most celebrities love spending time having flashy parties at mansions, the Horner couple loves spending their time in a serene and quiet farmhouse. The couple is living in a posh North London family home located in Hertfordshire with daughter Bluebell and their son Monty. The pad they had even held the reunion of the Spice girls in 2018.

While they do have a property in North London, they also own a Banbury country estate which is pretty much a fancy farmhouse where they spend most of their time. In Geri’s Instagram posts, she can be seen feeding the animals at the farmhouse like their chickens, goats, horses, and donkeys. The couple loves staying at the barn house, and Christian described the property as a perfect place to relax. They have restored the farm and have become their hobby to restore the beauty of the farm. The couple just finished converting their main house into a posh barn. Christian said that it is a great way to put the racing out of his mind.

READ NEXT: Everything Fans Need To Know About The Spice Girls Reunion