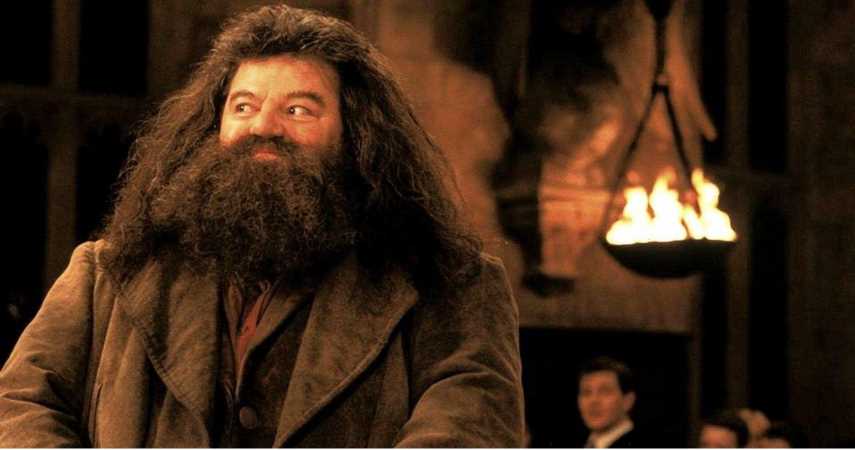 A Look Back At The Life And Career Of Robbie Coltrane

Robbie Coltrane is a Scottish actor, comedian, and author. He may not be among the richest cast members of Harry Potter but he is certainly among the fan favorites. Both his role as Dr. Eddie ‘Fitz’ Fitzgerald in the British television series Cracker and his position as Rubeus Hagrid in the Harry Potter franchise have contributed to his widespread recognition.

His fans, co-stars, friends, and family took to social media to express their grief at the loss of the Scottish actor, who passed away at the age of 72. Although the actor has now since passed, fans will never forget him as the official keeper of the keys and grounds at Hogwarts. Here’s the life and career of the one and only Robbie Coltrane.

RELATED: 20 Things That Happened After Harry Potter Ended (That Fans Need To Know)

A post shared by Robbie Coltrane ( IN MEMORY) (@robbiecoltrane__)

Coltrane was the great-grandson of Scottish businessman Thomas W. Howie and the nephew of Forbes Howie, who was also a famous businessman. Coltrane admitted in an interview that he had a wild streak back in his teen years as Coltrane was known to defy conventional norms and participate in activist groups even as a young student when he pushed for the abolition of private education.

In his early twenties, Coltrane changed careers and began performing on stage and in comedic roles under Coltrane’s moniker. Before jumping to feature films, he made his acting debut in John Byrne’s The Slab Boys at Edinburgh’s Traverse Theatre in 1978. Coltrane quickly transitioned to the silver screen, appearing in films like Flash Gordon. He has also portrayed Samuel Johnson on television in the Blackadder series.

In the 1990s, he reprised his role as forensic psychologist Dr. Edward ‘Fitz’ Fitzgerald in the TV series Cracker, for which he received three BAFTA awards, including one for best actor. Since then, he’s had starring roles in several major motion pictures, including the film franchise James Bond and Harry Potter movies.

Despite his prolific film and television career, he will always be best known to Harry Potter fans as Hagrid, the genial half-giant groundskeeper of Hogwarts and Harry’s wise guide through the wizarding world. From 2001 through 2011, he was in all eight movies. J.

After being asked who she would want to play Hagrid, Harry Potter author J.K. Rowling said Robbie Coltrane for Hagrid. On paper, Hagrid was a bumbling, amusing, and steadfast friend to Harry and his companions, his outer look and fondness for terrible magical creatures belying a soft center.

The Atlantic claims that Coltrane gave Hagrid a genuine quality that made him stand out in a crowd during a decade’s worth of films. He made a subtle statement against the writers’ propensity to reduce the character to a comedic relief gag or lovable clown.

In addition to Harry Potter, the actor has appeared in Ocean’s Twelve (2004), The Brothers Bloom (2008), and Great Expectations (2012), all directed by Rian Johnson. In the latter film, he also provided his voice for The Tale of Despereaux with fellow Harry Potter cast member Emma Watson.

He also had lead parts in Gooby and The Gruffalo (2009). In the 2016 four-part miniseries National Treasure, he portrays a former comic who is falsely accused of sexual offenses against several historical figures. He received Best Actor nominations from the British Academy Television Awards and the Royal Television Society Programme Awards in 2017.

According to Variety’s Maureen Ryan, Coltrane does a superb job of capturing the nuances of the character, whose sardonic humor conceals a shocking lack of self-awareness. Coltrane reunited with the rest of the Harry Potter cast in 2021 for HBO Max’s Harry Potter 20th Anniversary: Return to Hogwarts, which celebrated how young people all over the world fell in love with author J.K. Rowling’s stories.

The Final Years Of Coltrane

Osteoarthritis was a debilitating condition for Coltrane in his final years. In 2016, he described himself as being in continuous discomfort all day. At the beginning of 2019, he began using a wheelchair. Coltrane passed away at 72 on October 14, 2022, at the Forth Valley Royal Hospital in Larbert, which is located in Scotland, a country with some of the some of the most expensive hotels. Before he passed away, he had been battling illness for the previous two years.

There were hundreds of fans who mourned the loss of the actor. In particular, attendees at Universal Studios Orlando who were visiting the park’s Wizarding World section were reeling from the loss. They paid tribute to the late actor in a beautiful way during their visit to the park that was themed after the Wizarding World. Those present waved their wands and pink umbrellas in honor of the character Hagrid and the actor who brought him to life on the big screen.