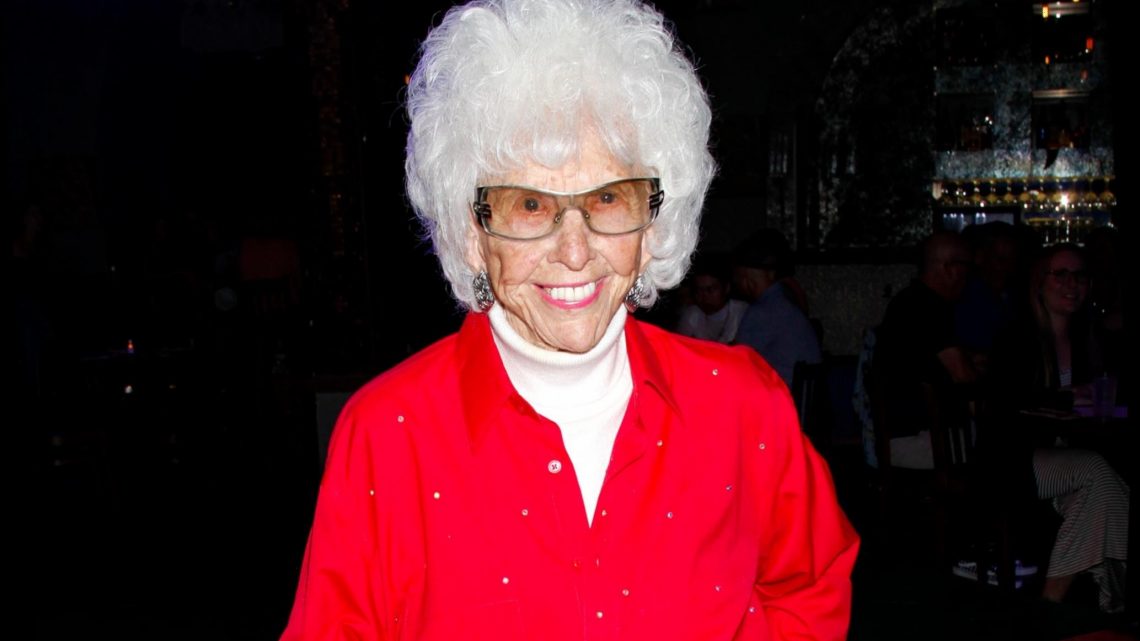 A former player for the All-American Girls Professional Baseball League, which inspired the 1992 film A League of Their Own, is celebrating her 94th birthday by helping young women achieve their dreams in baseball.

Maybelle Blair, who turned 94 on Saturday, launched a fundraising page raising money to open a center in Illinois honoring women and girls in baseball.

"We want to be able to have a league of our own again, to have a home of our own," Blair said in an interview with Good Morning America. "This was my whole dream for years."

Blair, who played pitcher for the Peoria Redwings in 1948 season, explained that her "dreams started to come true" after the release of A League of Their Own, which starred Tom Hanks, Geena Davis, Madonna, Lori Petty and Rosie O'Donnell.

"And then here we are again," Blair added. In honor of her 94th birthday, Blair set a goal to raise $9,400 for the International Women's Baseball Center, a proposed museum and educational center for girls and women in baseball in Rockford, Illinois, home of the Rockford Peaches, featured in the film.

According to Blair, organizers of the International Women's Baseball Center, herself included, hope it becomes as famous for women's baseball as Cooperstown, New York, is for men's baseball.

"It means so much to me," Blair told GMA of the Center. "This is what it's all about, to be able to create a baseball center where we can have our own baseball memorabilia, our own baseball hall of fame."

Blair told GMA that she started playing baseball at 2 years old with her older brother, who was being groomed as a star pitcher. But when her brother left to fight in World War II years later, it was Blair who got the opportunity to be a professional baseball player.

"When I got to walking out to the ball diamond and I heard that clickety-click, clickety-click under my spikes, that was no sweeter music in my ears," she said. "And then I saw that green grass and I said, 'Oh my God Maybelle, you're a professional ball player.' "

"It's unbelievable I had that chance, and there I was," Blair added. "That's what it meant to me my whole life." After her baseball career, Blair went on to become one of the first female managers for Northrup Aircraft and continued her passion for baseball by staying active in getting women involved in the sport. In 2014, she led the efforts to launch the International Women's Baseball Center.

Blair, who threw out the first pitch at a women's baseball game in Rockford two years ago at age 92, said that she's determined to see her new project be complete.

"We've got to get this building [done] so I can die happy," she said.

These holiday weekend sales are so good, they almost put Cyber Week deals to shame
Entertainment