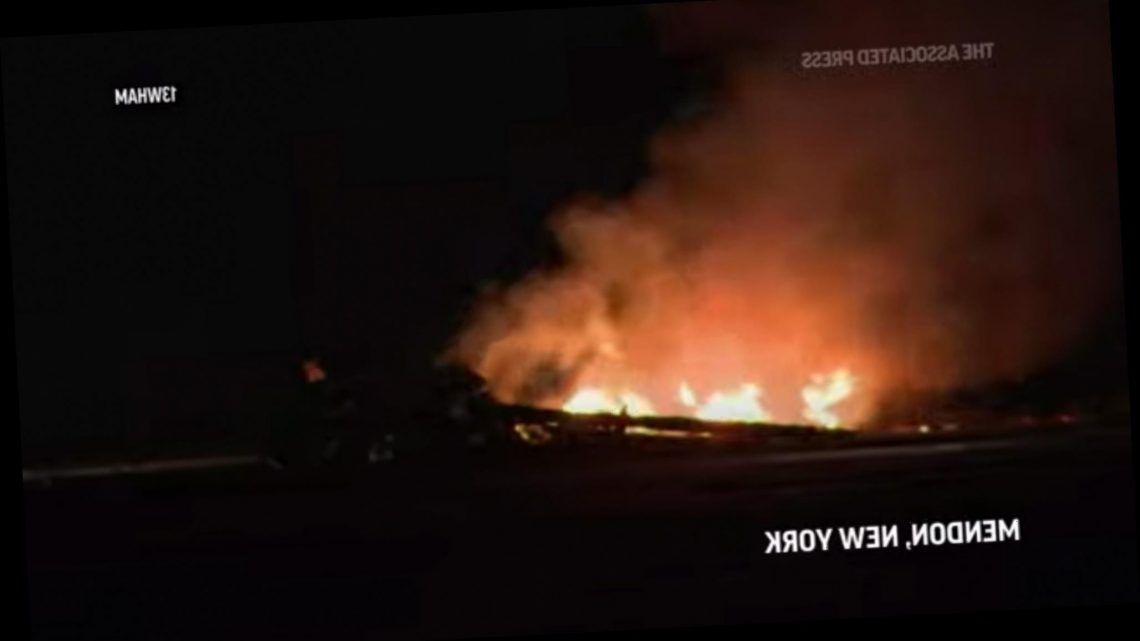 Three National Guard members were killed on Wednesday during a training mission after their helicopter crashed in a farmer's field in upstate New York, according to a statement from the NYS Division of Military and Naval Affairs.

The statement, shared on Twitter by WXXI News, said that the UH-60 Black Hawk medical evacuation helicopter crashed around 6:30 p.m. in Mendon, a rural town about 17 miles southeast of Rochester.

The helicopter, which flew out of the Army Aviation Support Facility at Rochester International Airport, was assigned to C Company of the 1st Battalion, 171st General Support Aviation Battalion, according to the statement.

The incident remains under investigation.

Footage of the crash, shared on YouTube by the Associated Press, showed flames coming from the aircraft as sirens could be heard from first responders arriving at the scene. Monroe County Sheriff Todd K. Baxter said in a news conference that first responders immediately responded to the scene of the crash, which occurred in a field on West Bloomfield Road.

"They went into life-saving mode, trying to rescue anybody that could be on the aircraft or in the area," Baxter said.

Gov. Andrew Cuomo said in a statement that he was "devastated" by news of the crash and directed all flags on state buildings to be flown at half-staff  on Thursday.

"National Guard members are our citizen soldiers who voluntarily serve and protect both here and abroad, and I extend prayers and condolences from all New Yorkers to the family, loved ones and fellow soldiers of these honorable heroes who we will never forget," he said.

Larsa Pippen, 46, Slays In A Sexy String Bikini By The Pool — See Pic