2GB's Ben Fordham has cemented his lead in Sydney's breakfast radio, growing his audience by a per cent in the final ratings survey of the year.

The 43-year-old had an audience share of 17.1 per cent, making him the most popular breakfast presenter on Sydney radio. The result will be considered a win for the radio network, which appointed Fordham as the replacement for long-serving radio host Alan Jones in June. 2GB is owned by Nine Entertainment Co, the owner of this masthead. 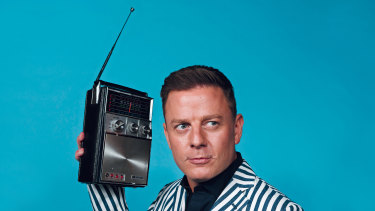 Fordham's nearest competitors were Kiis breakfast duo Kyle Sandilands and Jackie O, who extended their lead over the ABC by climbing to an 11.3 per cent share.

2Day FM grew by 0.7 points, giving new breakfast show hosts Ed Kavalee, Dave Hughes and Erin Molan a 4.2 per cent benchmark when they start on the airwaves early next year.

The survey was not as positive for WS FM and Smooth FM, which both fell more than 0.6 points in breakfast. Smooth FM remains the number one station in drive time (4pm-7pm) despite an 0.5 point dip to 10.8 per cent.

Kiis FM grew the most of any station overall, up 1 per cent to 9.7 per cent, but it was 2GB that remained the most popular Sydney radio station on a 13.8 per cent audience share, according to data from measurement provider GfK.

Shawn Mendes Reacts to 2015 Camila Cabello Clip, Says He Was in Denial