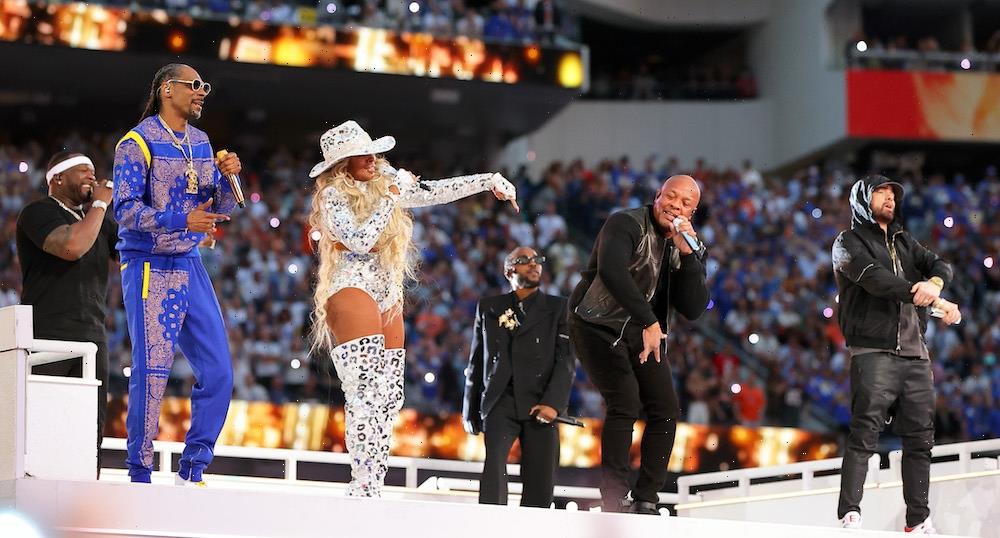 2022 Emmy Nominations Prove Nostalgia Is a Recipe for Success

Can that nostalgic feeling be enough to garner an Emmy nomination? If the 2022 list of nominees is any guide, the answer is yes.

In the live variety special category, the proof is in the pudding. Per usual, the Grammys, the Tonys and the Oscars — slap and all — are nominated. However, the final two slots are filled by ABC’s “Live in Front of a Studio Audience: The Facts of Life and Diff ’rent Strokes” and NBC’s “Pepsi Super Bowl LVI Halftime Show.”

The Norman Lear and Jimmy Kimmel live special has been nominated each time it has aired previously — first for the recreation of “All in the Family” and “The Jeffersons” in 2019 and in 2020, with “Good Times” in the mix. With “The Facts of Life” and “Diff ’rent Strokes” this year, not only were old stories retold, more A-list stars — and talent from the original shows— joined in.

That feeling of nostalgia and retelling a familiar story clearly resonates with the audience. “The beauty of those shows is I think we’ve proven that those shows can be on today. They’re just as relevant as they were then,” Lear’s producing partner Brent Miller says. “We’ve had a lot of fun doing them.”

While those series originally aired in the ’70s and ’80s, “Live in Front of a Studio Audience” is just one example of the past resurfacing — and just one of Snoop Dogg’s two projects that landed in the live variety special category. He joined Dr. Dre, Mary J. Blige, Eminem, Kendrick Lamar and Curtis “50 Cent” Jackson for the “Pepsi Super Bowl LVI Halftime Show,” which took place in February at SoFi Stadium in Inglewood.

Not only was the show all about California pride (as Dr. Dre, Snoop Dogg and Kendrick Lamar are all natives), it was also packed with nostalgia as so many of the stars rose to fame decades ago — and played their old hits.

Dr. Dre shot to fame in 1988 with his former group N.W.A. after their album, “Straight Outta Compton,” sold millions, and he’s the powerhouse producer behind many iconic artists as well as the Beats headphones empire. Snoop Dogg’s career launched on Death Row Records (co-founded by Dre), and while he continues to release music, he’s also focused on his career as an entrepreneur. Together, the duo performed “California Love,” the hit by the late Tupac Shakur, on the show.

Eminem, Blige and 50 Cent are still producing music, but for this performance, it was all about going back in time. Eminem represented 2002 with his “8 Mile” hit “Lose Yourself,” the first hip hop song to win best original song at the Oscars. Blige performed beloved 2001 anthems “Family Affair” and “No More Drama.”

50 Cent, the surprise guest of the night who appeared in his classic white tank top, sang his 2003 smash “In Da Club.” The rapper is now mostly focused on being a creator and producer with his extremely successful “Power” franchise on Starz.

“Performing together at the Super Bowl was an award in itself,” Jackson tells Variety. “The excitement for me is being in the presence of other artists, the rarity of all of us being able to come together and perform was a once in a lifetime experience. I’m honored to have been a part of it and have the Academy recognize that.”

In scripted television, that theme continues. “Yellowjackets” on Showtime follows two different timelines — one in 1996, as a girls’ high school soccer team tries to stay alive in the wild after a plane crash; and the other in 2021, as the survivors deal with the trauma from that event. With seven nominations, the show’s ’90s themes immediately transport audiences back to the grunge era.

Take the casting: Melanie Lynskey first made a splash in “Heavenly Creatures” in 1994 before really cementing herself with “But I’m a Cheerleader” five years later. Christina Ricci is a ’90s staple who has been on screens since age 11 with roles in “The Addams Family,” “Casper,” “Now and Then” and “Sleepy Hollow,” to name a few. Juliette Lewis was a mainstay in ’90s pop culture with roles in “Cape Fear,” “Natural Born Killers” and “From Dusk Til Dawn.”

The show’s music supervisors, Jen Malone and Whitney Pilzer, were also sure to continue that ’90s trend with their the needle drops. The duo, along with showrunners Ashley Lyle, Bart Nickerson and Jonathan Lisco, made sure that in addition to chart-topping hits from that decade, they mixed in more niche songs and references. In fact, they even used the “Phantom of the Opera” overture and “Mr. Mistoffelees” from “Cats.”

The show also brought in the music of two ’90s veterans: Craig Wedren of the band Shudder to Think, and Anna Waronker of That Dog, who created both the opening and end credits.

“When we started, it was just the score, but we knew there were going to be end-credit needs. End credits are always fun because oftentimes you can go off-grid from the score tone. If the score for a show is very traditional, you can get a little weirder for the end credits,” Wedren recently told Variety. “In this case, it was the opposite, because the score was already pushing a lot of boundaries, so we were like, ‘Oh, we can draw from our ’90s, alternative, punk, art, whatever you want to call it, band roots — and really play.’ And just based on the needle drops that they had in the show, the licensed songs, we’re like, ‘Oh, my God, we can indulge all of our instincts that we would never have let ourselves do in the ’90s, because we were both in very distinct, original bands.”

Behind the camera, popular 1990s and early 2000s stars are also emerging as Emmy contenders. Danny Strong, the creator of Hulu’s “Dopesick,” recently shared that while he’s a multihyphenate now, that wasn’t always the case. In fact, many recognize him from his acting roles — he starred in 29 episodes of “Buffy the Vampire Slayer” between 1997 and 2003; in 2003, he was cast in “Gilmore Girls” in a recurring role that lasted 29 episodes.

“When I was 25, I had been supporting myself as an actor for almost two years at that point. I had this mild depression from all the rejection, and I thought, ‘Wow, why am I feeling this way? I’m actually doing it. I’m actually achieving what I set out to do — maybe not at the level that I am trying to achieve. But that could still happen. But I don’t understand why I’m not more fulfilled by this.’”

Then he tweaked his focus to writing and that all changed. Now, he’s a staple; his first Emmy nomination came in 2008 with “Recount,” a TV film about the 2000 U.S. election. In 2012, his adaptation of “Game Change” won him two Emmys. Now, he’s on the hunt (and likely will take home) even more as the limited series about the opioid crisis has a whopping 14 nominations.

The limited series category proves how powerful history is, as four of the five shows nominated (“The White Lotus” as the exception) are about events of the past. Hulu’s “The Dropout” follows Elizabeth Holmes’ Theranos scandal; Netflix’s “Inventing Anna” looks at Anna Sorokin’s crimes between 2013 and 2017; and Hulu’s “Pam and Tommy” retraces Pamela Anderson and Tommy Lee’s relationship, focusing on their sex tape that was stolen from them in 1995.

The 20 Best Sandal Deals to Shop This Week, From Nordstrom to Free People
Entertainment