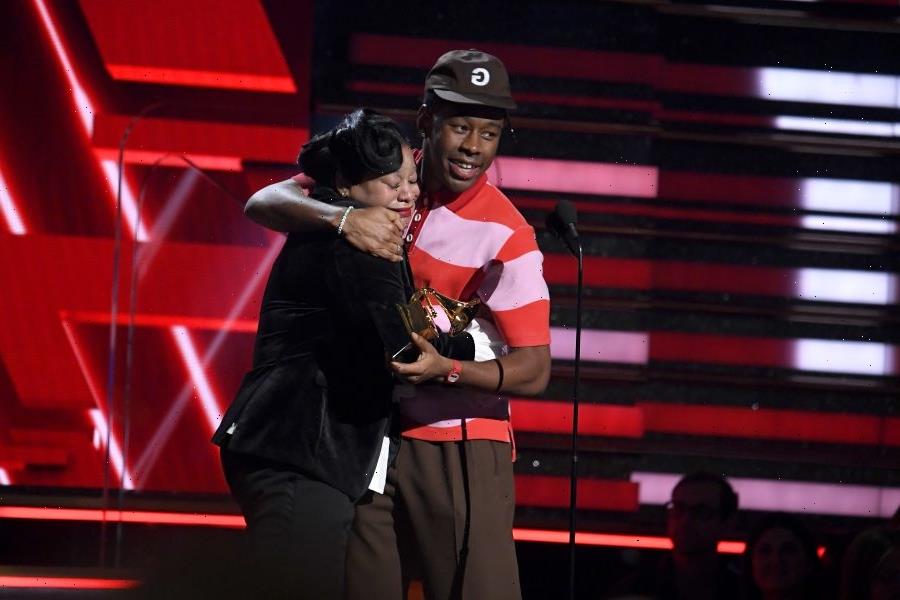 17 Photos Of Stars Attending The Grammys With Their Moms

While it’s a nice surprise to see stars show up to events like the Oscars with their mothers (didn’t we all enjoy that gallery?), it’s a familiar sight at the Grammys. If there’s one thing we know, it’s that rappers love to bring their moms to their first big Grammy awards, hoping they’ll get to witness them winning gold. Some of your favorite singers have even brought their moms (and grandmothers, too!). Take for example when SZA brought the women of her family, saying “I had to. My granny came all the way from St. Louis and she’s never flown before.” Some moms have even made their way to the stage when their child took home a gramophone! Like rapper Tyler, the Creator’s mom Bonita, who followed him on stage in tears when he won his first award. He embraced her in a sweet moment, saying, “That’s my mom if y’all are wondering. You did a great job raising this guy.” And one star even had the chance to perform with his mom. The late Donda West took the stage in the theatrical part of when Kanye performed “Jesus Walks” at the Grammys in 2005, where he’d win his first award for Best Rap Album.

“That was really my mom,” he said at the time. “She had to learn all the moves and everything. [The show’s producers] tried to disrespect her, like, ‘You know, there’s a lot of moves.’ She made me! You think she can’t figure out them moves?”

ITV Orders Second Helping Of ‘Cooking With The Stars’