New York City is known for its high prices and its wealthy residents, and that’s in large part due to the city’s booming job market.

New York City has the world’s largest urban economy,reported Steve Goldstein for MarketWatch, citing an Oxford Economics report. In 2018, the city saw its biggest economic boom in 70 years,according to Kirstan Conley for the New York Post. The securities, healthcare, technology, media and business, and tourism-related industries are fueling job growth, she wrote.

As a result,New York City consistentlyranks on top 10 lists as one of the world’s most expensive cities to live in. Rents in the city are on their way to historic rates, and1.5 million New Yorkers are living below the poverty level.

Here are 13 mind-blowing facts that show just how expensiveNew York City really is.

1. Some NYC residents are shelling out millions to live in basements, where they can get more space for their money. 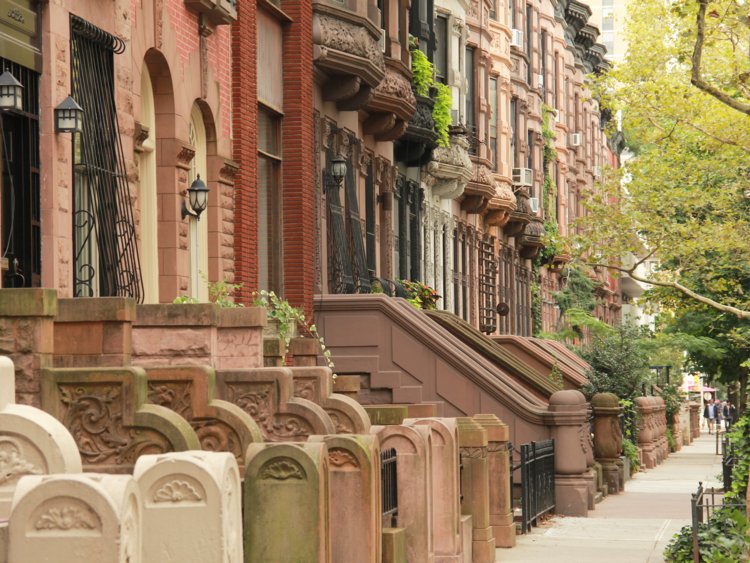 “As prices continue to decline in the luxury market, developers are keen on maximizing every square foot, including below-grade space, while buyers seek out bargains in a supply-heavy market,” reported Stefanos Chen forThe New York Times.

One buyer told Chen she bought a 2,100-square-foot, two-bedroom underground duplex on the Upper West Side for $2.3 million — twice the size of her place in Williamsburg, Brooklyn. The smaller apartment above her was listed for roughly $1 million more, she said.

2. New York City is the world’s only city with more than 100 billionaires. 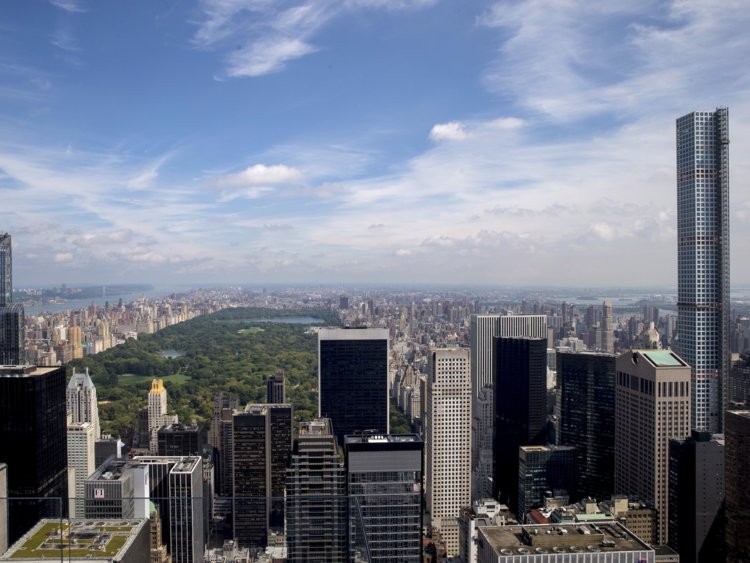 New York City has105 billionaires, according toWealth-X’s 2019 Billionaire Census report. That’s more billionaires than nearly every country in the world, besides the US, China, and Germany. 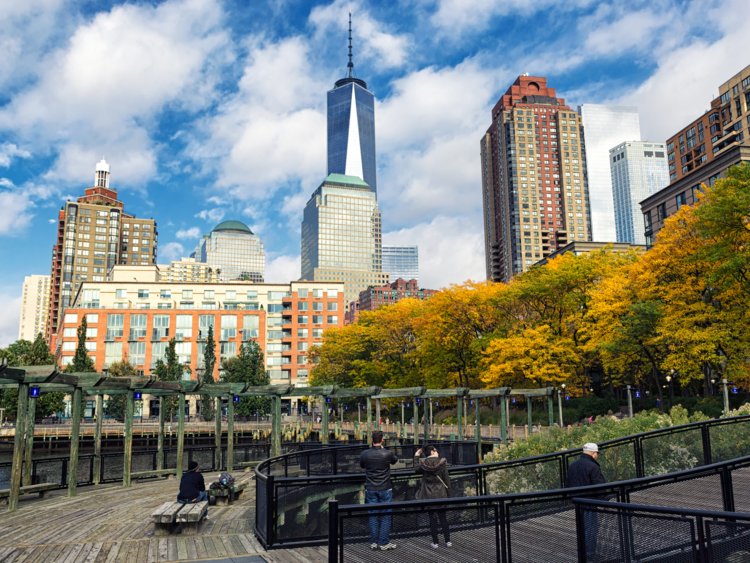 New York is thethird-most expensive city in the world to rent a two-bedroom apartment. Battery Park City is the most expensive neighborhood to rent in Manhattan, with anaverage rent of $5,603.

The average New York rent is about 82% of the median American salary,Stephanie Taylor reported for Markets Insider.

4. The monthly cost to park a car long-term in New York City is over $606 — more than the median rent in some US cities.

It costs $606.37 a month to park a car long-term in New York City,according to SmartAsset, citing a report from Parkopedia. 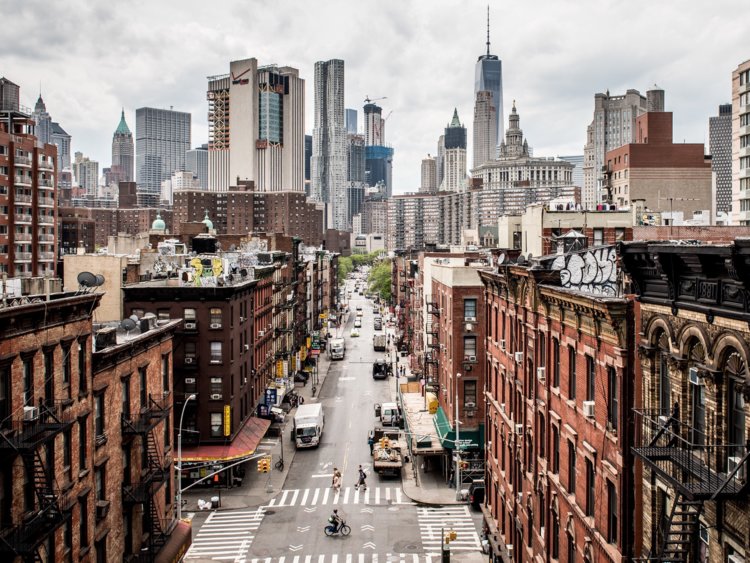 The national median price of homes listed is $289,900, according to Zillow.

6. To live comfortably as a homeowner in New York City, residents need to earn $148,448. It takes the median US worker roughly three years to earn that much. 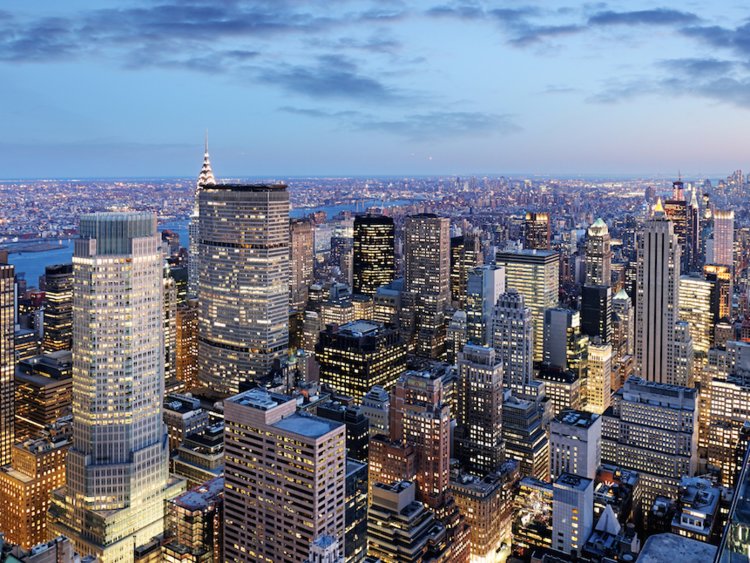 The median US worker earns $46,696 annually, according to data by theBureau of Labor Statistics.

To live comfortably as a renter in NYC, residents would need to earn at least $128,552 a year,according to a GoBanking Rates study.

7. New York City has the most expensive home ever sold in the US, a $238 million penthouse. 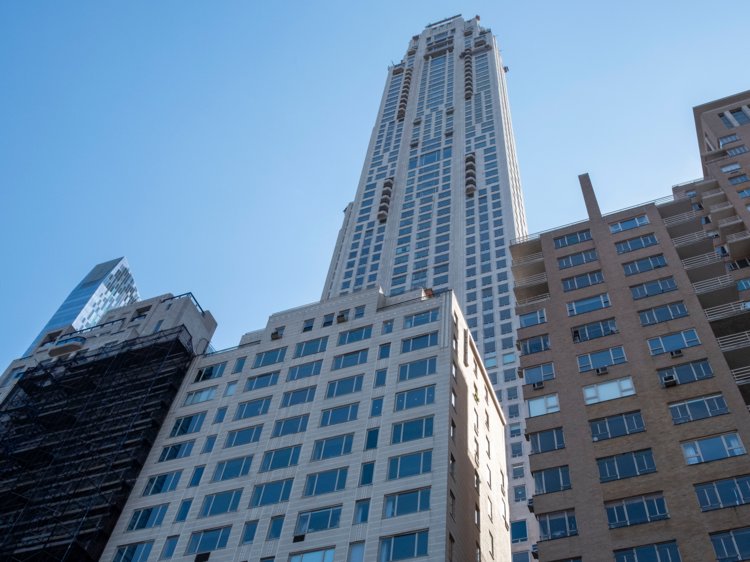 New York City penthouses are so expensive that they’re not selling — so real estate companies are splitting them into smaller, cheaper units to get them off the market,Warren reported. 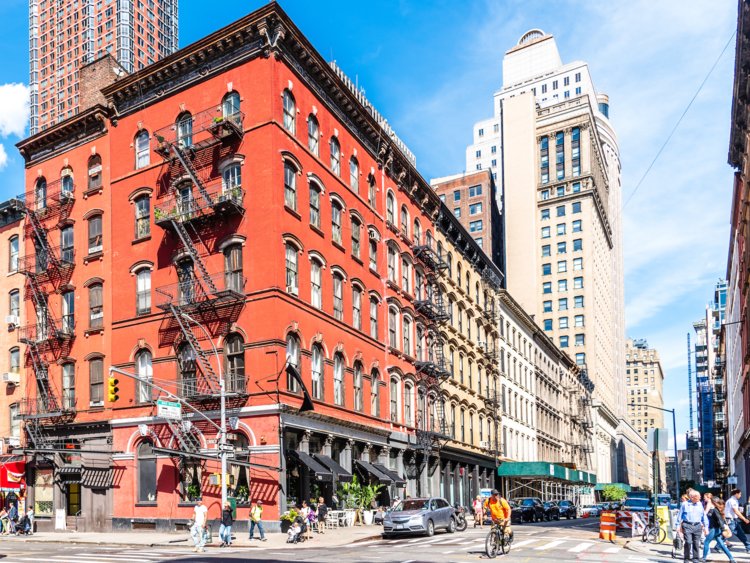 According to Zillow, the median price of listed homes in the area is $3.8 million. But new Tribeca developments are known for even pricier apartments — penthouses in 30 Park Place, which has Four Seasons private residences, are selling for about $30 million. 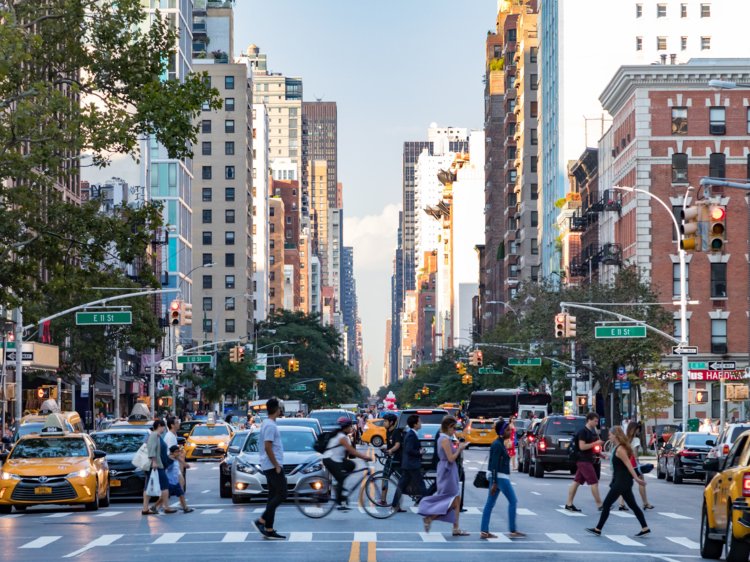 10. A single person in New York City can expect to spend an annual total of $51,323 on necessities — more than what the median US worker earns in one year. 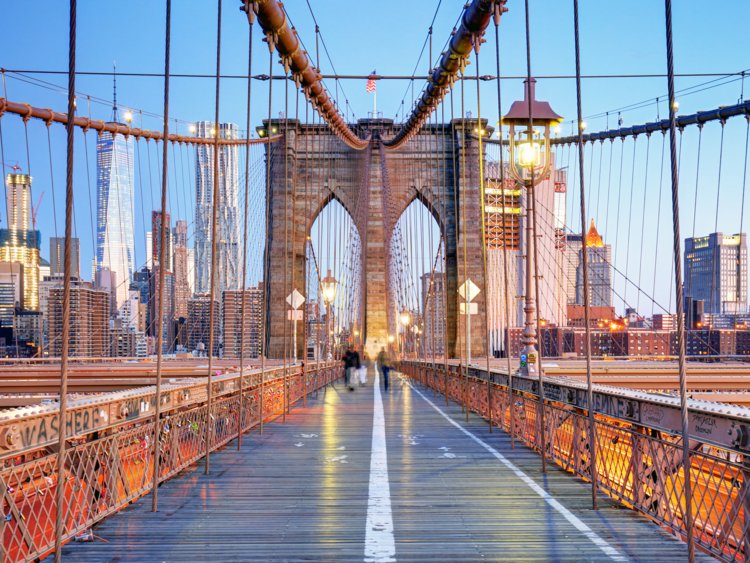 That’s $4,277 a month,according to the Economic Policy Institute. Costs in this calculation include housing, food, transportation, healthcare, other necessities, and taxes, not including savings or discretionary spending. 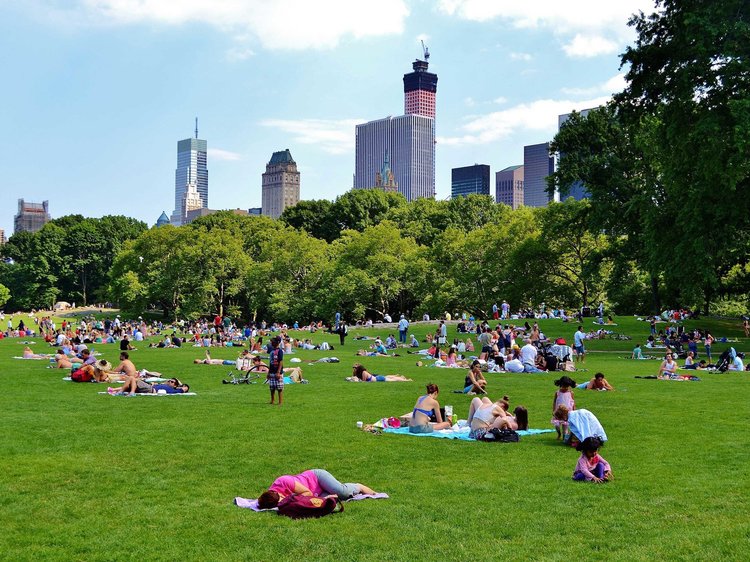 They should expect to spend the most on childcare — $2,773 a year,according to the Economic Policy Institute.

12. Private preschools and kindergartens in New York City can cost up to $50,000 a year — more than yearly tuition at some Ivy League universities. 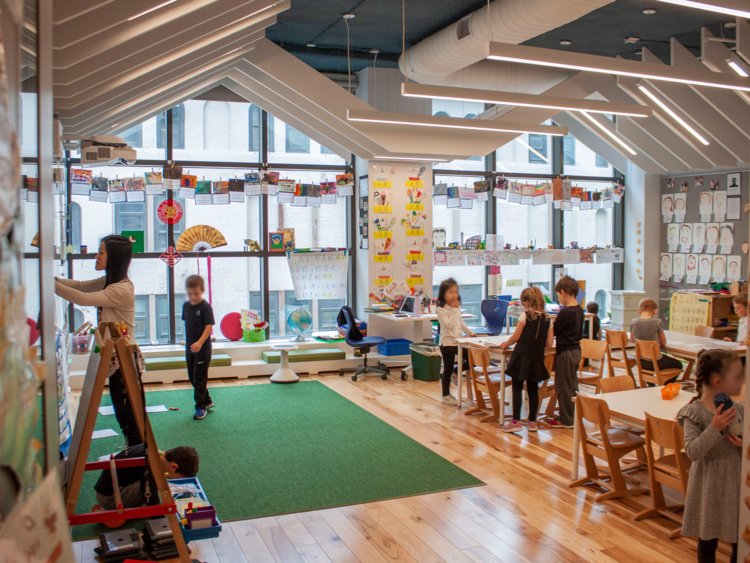 Manhattan K-12 schools Horace Mann, Collegiate, and Trinity all have yearly tuition that exceeds $50,000. That’s more than the yearly tuitions at Cornell, Harvard, and Princeton, which cost less than $50,000 without room and board,reported Suzanne Woolley and Katya Kazakina for Bloomberg.

13. The cost of living is so high that multimillionaire Wall Street bankers are fleeing the city for more affordable housing. 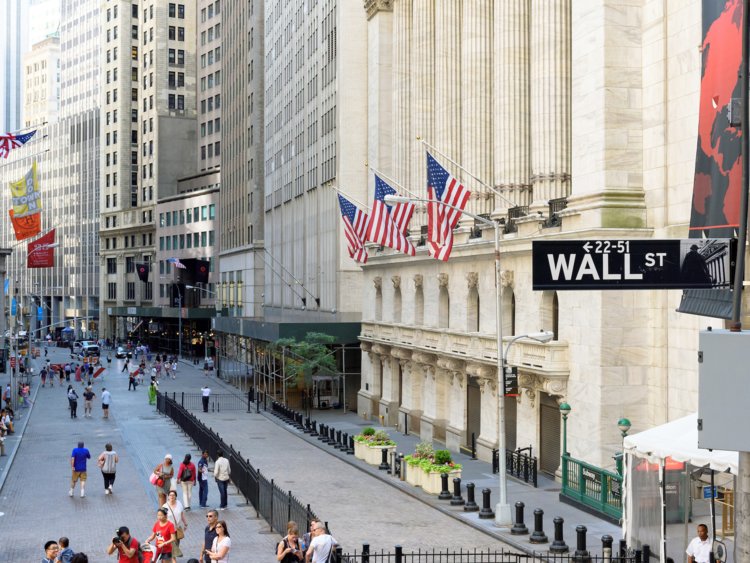 In 2016, New Yorklost $8.4 billion because of residents — many of them wealthy bankers — moving to other states,John Aidan Byrne of the New York Post reported.

Rich millennials are alsomoving away from the city. According to anew SmartAsset study, New York is the No. 1 state richmillennials are moving from — and it’s likely partly due to expensive housing in the city.

DON'T MISS:More rich millennials are abandoning New York than any other state — and they're not the only ones fleeing the high cost of living