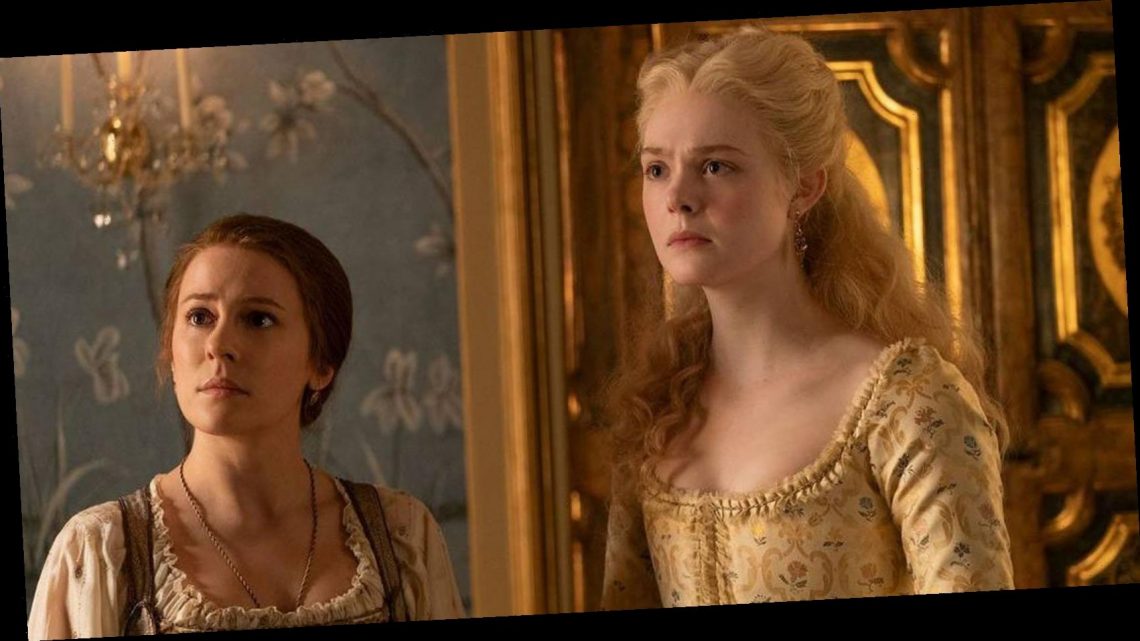 Turn your pad into a palace with decor picks inspired by the flamboyant and fabulous interior design from Elle Fanning’s comedy-drama, The Great.

In these uninspiring times, it’ll take something really special to catch your attention and lift you out of the lockdown fog. You know, something that’s thrilling, that’s full of joy and visual splendour. Something like, well, The Great.

Starring Elle Fanning and NicholasHoult, this comedic anti-romance transports us to 18th-century Russia to watch the “occasionally true” story of how Catherine the Great pushed her (pretty awful) husband out of the way to become the country’s ruler.

From character’s eccentric behaviour to the outlandish fashion, The Great is brilliantly bizarre. At any moment you might bear witness to Hoult draped in his mother’s pearls, skirt and frothy-necked white shirt, while the next he’ll be shooting a dancing bear as Fanning pets it – for absolutely no reason.

But our favourite maximalist part of the show? The decor. There are lots of visual delights throughout the 10-part drama, but inside the Emperor’s palace are some fabulous examples of more is more.

Think thick, tasselled curtains in jewel colours alongside monochrome chequered flooring and baroque home accessories. Plus, more candles than you can shake a crown at.

So, to celebrate The Great’s migration to Channel 4, we’ve picked out seven ways to create a modern twist on 18th-century Russian opulence in your own home.

With a new candelabra here and a glimmering light fitting there, we reckon your space will soon feel imbued with the beauty and drama of Catherine the Great’s court.

Bevy Smith Is Finally Exactly Where She Wants to Be
Entertainment