Home » Home and Garden » Spoilers: Slashed tyres, love triangle and shock collapse in Home and Away 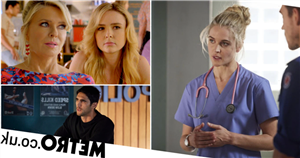 Spoilers: Slashed tyres, love triangle and shock collapse in Home and Away 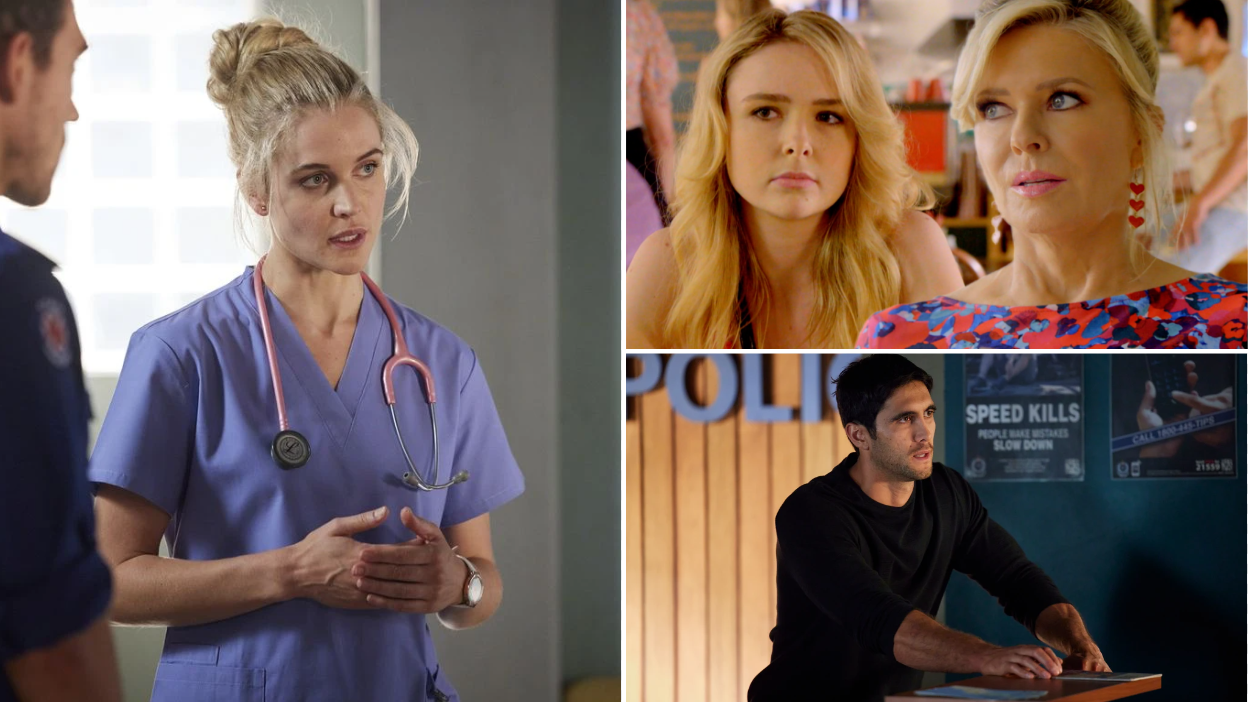 This week on Home and Away, Felicity (Jacqui Purvis) is outraged when she discovers Mackenzie (Emily Weir) has cancelled all of Lyrik’s future gigs at Salt. With the restaurant only recently emerging from its financial troubles, why has Mackenzie made a decision which could negatively impact the business – especially without telling her co-owner about it first?

Meanwhile, Bree (Juliet Godwin) and Remi (Adam Rowland) have entered into a relaxed and casual friendship where hanging out together is proving to be surprisingly easy. After breakfast together, though, Remi lies to get out of spending more time with her. Bree soon discovers his deception when she sees him at the beach with another woman. But beyond the lies, Bree is surprised that she’s rattled to see Remi on a date. Why does she care so much?

Here’s what’s coming up for the week beginning Monday October 31.

Felicity has been listening to Lyrik’s latest material, and she tells them they have to reveal it at Salt during their gig that evening. The band’s anticipation only grows when they find out top music journalist Tully Dixon will be attending. However, their excitement comes to a crashing halt when Justin reveals he’s lost them their regular gigs at Salt. When Felicity speaks with Mackenzie at work and finds out the Lyrik gigs have been cancelled, she’s furious – the band is their biggest business drawcard and the company will suffer now. How could she make this decision without consulting her?

Cash reveals he’s being investigated at work after brutal arrest

Cash remains in a frosty mood, avoiding everyone around him and being curt to the community at work. Felicity is concerned about her brother’s behaviour, and doesn’t believe Cash when he repeatedly tells her he’s fine. However, Cash has an outlet for his mood in the form of Eden, as their secret trysts continue at her place. When Felicity comes home full of anger about the cancelled Lyrik gigs at Salt, she demands answers from Cash about his behaviour. However, she’s left shocked when Cash snaps that he’s being investigated for excessive force on the job.

Bree and Remi are moving forwards as friends after Bree told the Lyrik guitarist that she’s married. They have a relaxed breakfast together and Bree suggests they continue hanging out together. However, Remi says he’s got band practice and so he has to head home to get his gear ready. Later, Bree is walking along the beach when she sees Remi. She prepares to call out to him, but she stops short when another woman runs into his arms. Bree wonders why she suddenly feels rattled – why does she care that Remi is on a date with another woman?

Remi catches Eden and Cash in the act

After his hostile conversation with Felicity where he revealed he’s being investigated at work, Cash has gone to Eden’s place again to forget his troubles. This time, when they wake up in each other’s arms in the morning, Cash isn’t his usual hard-to-get self and is keen to stay in bed for a while. He tries seducing her into a long morning together under the covers, but their morning of romance is interrupted when Remi walks in on them, catching them in the act…Eden begs Remi to keep their secret, but Remi tells his friend – resuming a relationship with Cash after their troubled history is a bad idea…

Ziggy breathes in chemical solvent at the garage and collapses

Ziggy has been putting off telling Justin about her pregnancy, not wanting it to affect her work. Dean encourages her to talk to her manager, concerned about her excessive morning sickness. However, just as Ziggy is about to reveal the news to Justin, he offers her a promotion. Biting her tongue, Ziggy takes the job – leaving Dean frustrated. Ziggy is determined to have it all, being a mother and a promoted mechanic, and works alone at the garage that afternoon. But as she battles waves of nausea, she breathes in some chemical solvent and the room begins to spin. She collapses unconscious on the floor – what does this mean for her health, and that of her unborn baby?

Tane realises he wants more with Felicity – but is she on the same page?

When Tane discovers Ziggy collapsed on the floor at the garage, he immediately prepares to call for help. Ziggy slowly comes round, and her first thought is getting the baby checked out. Tane is left reeling – what baby? He rushes her to hospital, and realises he’s at a stage in life where he wants what Dean and Ziggy have. Opening up to his ex, he tells Ziggy that he wants to move forwards with Felicity – marriage, a family. He just isn’t sure that’s what she wants, as previously she’s been very clear that she doesn’t want to settle down…

John begins to suspect Heather is up to no good

Heather has made friends with Roo after arriving in the Bay, but the jury is out with everyone else – especially John, after the pair have a conversation which quickly turns sour. When Heather discovers that John is Marilyn’s ex-husband, she asks some questions and lets slip that she knows quite a lot about Marilyn – including their adopted son’s name. John begins to suspect something isn’t quite right about Heather – and when he gets back to the Surf Club, he looks her up online. However, when a shadow appears in his doorway it’s none other than Heather – and she can see exactly what he’s doing…

Who has slashed John’s tyres as all eyes turn to Marilyn?

Heather causes a scene in the Surf Club after discovering John is looking her up online, and she yells at him to leave her alone. She then meets up with Marilyn and threatens to leave the Bay if John won’t stop hassling her. Determined to keep her daughter around, Marilyn confronts John and gives him an order – stay out of her business, and stay away from Heather.

That evening, John goes out to the car park to discover his tyres have been slashed. Has Marilyn driven her message home by turning to criminal behaviour?

Ditch your knife and fork, we should all be eating with our hands