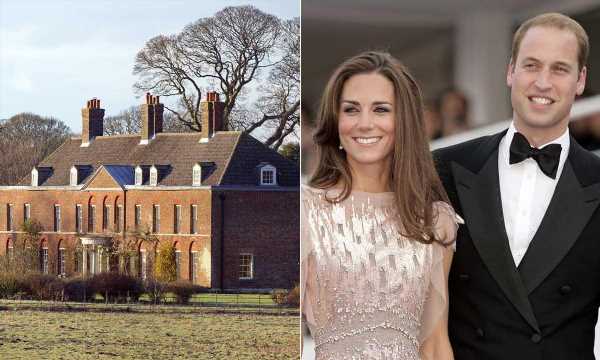 The Duke and Duchess of Cambridge may have a main residence in London, Apartment 1A at Kensington Palace, however, it’s their Norfolk house where they feel most “at home” according to Prince William.

RELATED: Kate Middleton and sister Pippa’s £1.88million flat they lived in for free

After their royal wedding in 2011, the Queen gifted the couple Anmer Hall, an 18th-century country home on Her Majesty’s Sandringham Estate. It was home to William, Kate, Prince George and Princess Charlotte from 2015 until 2017, but it now serves as their countryside home.

Before they moved in, the Georgian property underwent £1.5million worth of exciting refurbishments, including the addition of a conservatory, a rerouted driveway and completely overhauled interiors with the help of designer Ben Pentreath.

Take a look around Kate and William’s ten-bedroom mansion, which the Duke described as “very peaceful”…

Royal fans were given a tour of the gardens when the Duke and Duchess released a video of themselves playing with their children to mark their tenth wedding anniversary. Features include a Wendy house, a wooden seesaw and a large lawn surrounded by plants.

MORE: Prince William and Kate Middleton’s sleeping arrangements are so different from everyone else’s 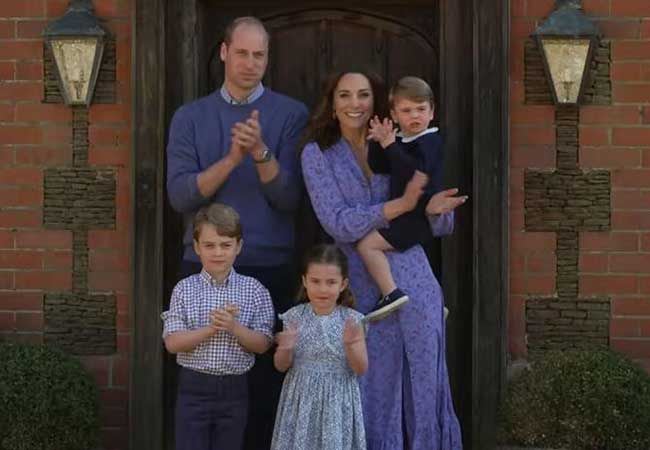 The Duke and Duchess of Cambridge unveiled the doorway of Anmer Hall when the clapped for the NHS during BBC’s Big Night In. The property has an old wooden doorway with red brick surround and wall lights on either side. A pair of topiary plants sit at the sides of the door.

SEE: The most impressive celebrity and royal front doors 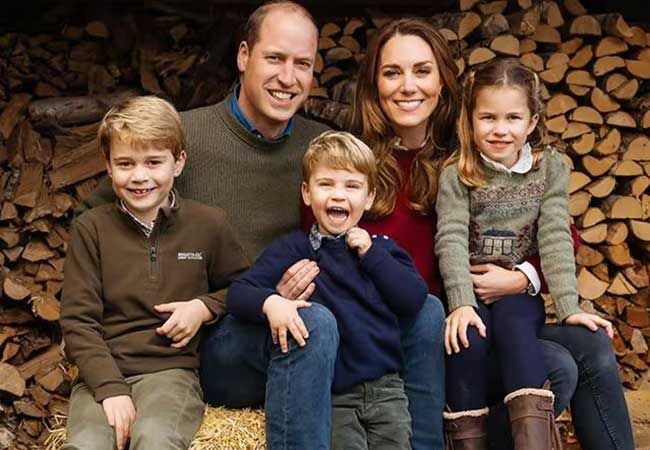 The Cambridges’ annual Christmas card for 2020 showed an endless log pile in the garden of the home, suggesting that they have more than one fireplace inside the property. 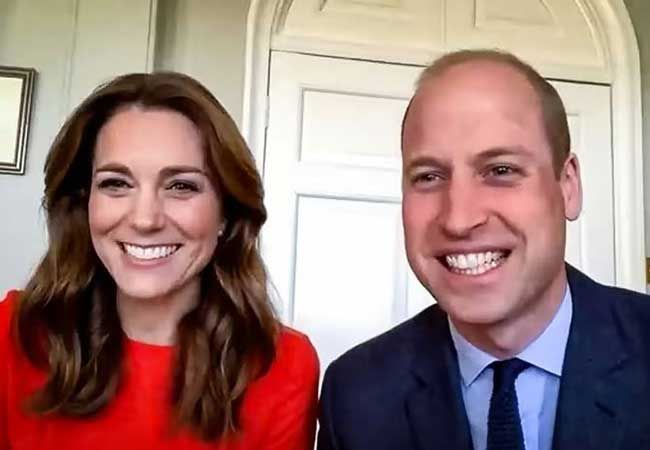 When Prince William and Kate join virtual interviews from Anmer Hall together, it seems this room is often their preferred spot. It’s decorated with pale green walls and has a large white arched doorway.

As the Duchess of Cambridge announced details of her photography competition in 2020, she did so from a space in the home with scalloped cream curtains and cream walls. She stood in front of a large sash window with white frames, overlooking the garden. 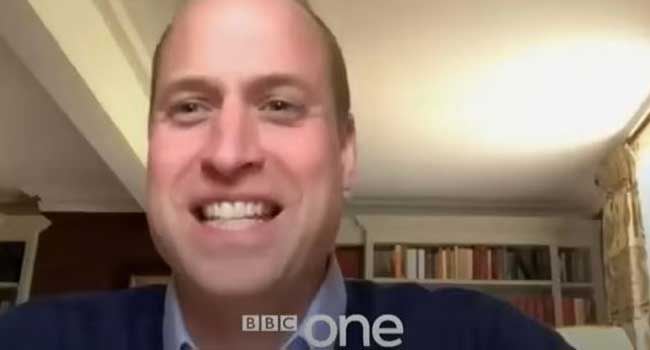 While working from home, Prince William revealed a look at his study in a trailer for BBC documentary, Football, Prince William and Mental Health, which focuses on men’s mental health through the prism of football. It’s decorated with burgundy walls and floor-to-ceiling bookshelves visible behind the desk. Cream patterned curtains hang at the window and there are also two cream table lamps on display.

MORE: Kate Middleton’s plush homes before she was royal revealed

Prince William joined a video chat with UK sports stars including rugby legend Jonny Wilkinson and former Lionesses footballer Alex Scott from their jewel green dining room. He has since filmed from the spot various times, showing an enormous painting in a gold frame hanging on the wall, dark oak panels on the walls, and a matching oak clock. 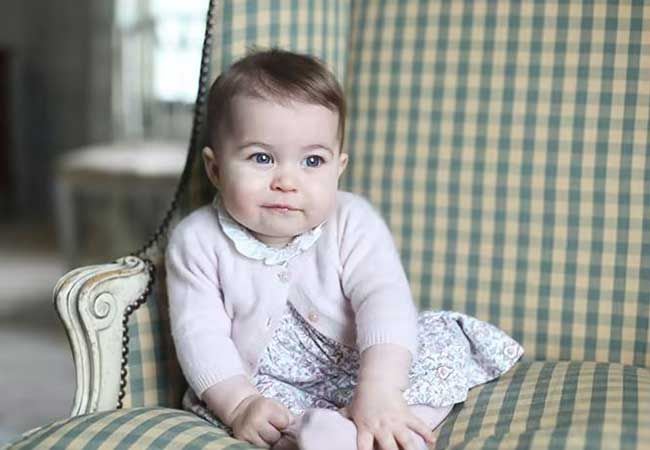 In 2015, the family released a photo of Princess Charlotte giving a look at the living space in Anmer Hall. It showed a green and yellow checked chair and cream floors and walls.

SEE: Inside the royal family’s most stunning homes 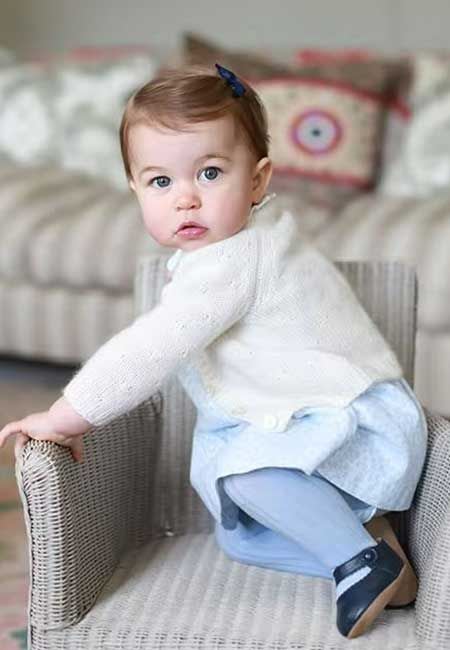 The following year, more photos of Princess Charlotte in honour of her first birthday showed another room in the house. It features a wicker chair, and behind Charlotte was a large cream striped sofa with bright patterned cushions. 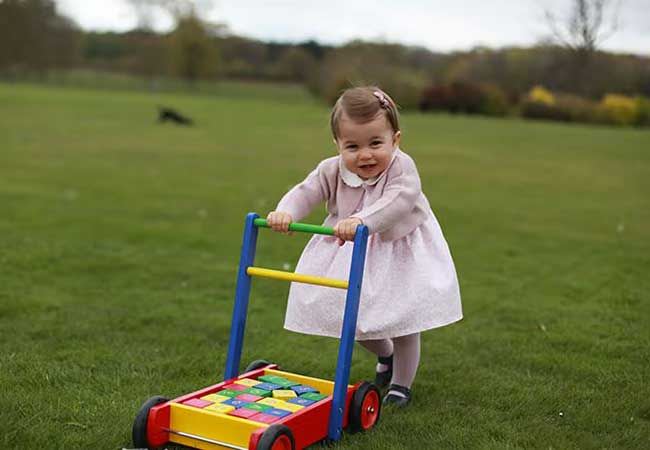 The family have plenty of outdoor space for the children to enjoy, and are reported to have climbing frames, a climbing wall and swings. The property previously boasted its own swimming pool and tennis court, which reports say that Kate and William decided to replace with an artificial lawn. 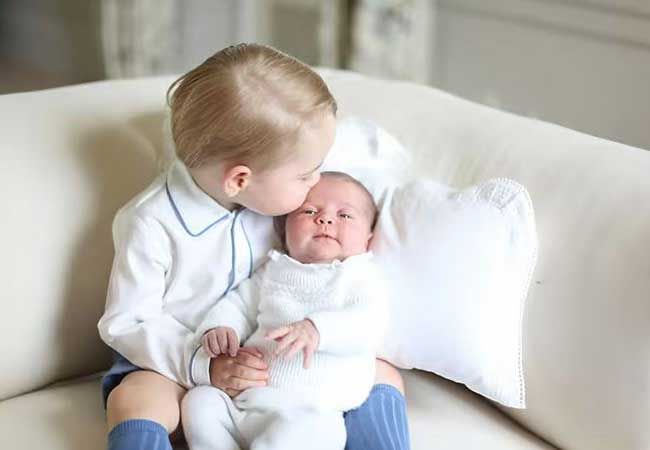 Elsewhere in the house, the classic décor approach seen in the photos above is believed to continue throughout various rooms including George and Charlotte’s nurseries.

Kate is also said to have stipulated a child-friendly kitchen, while Finding Freedom authors Omid Scobie and Carolyn Durand wrote: “There, the couple often entertained out of their huge kitchen with its glass-roofed dining area. Friends and family from nearby gathered informally in the inviting space for laid-back meals – a stark departure from lunch at Buckingham Palace or Sandringham, where guests were served by a full staff.”