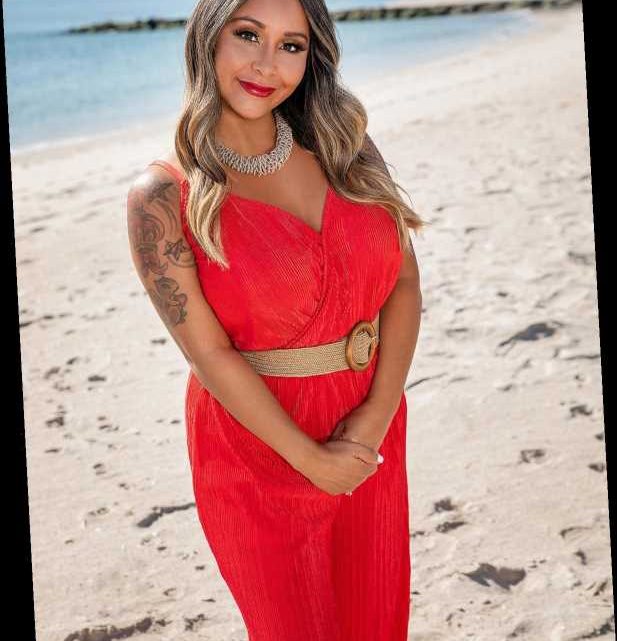 Nicole "Snooki" Polizzi is no stranger to the beach — but she'll be doing much more than GTL in her new seaside hosting gig!

Set in Atlantic Beach, New York, on the South Shore of Long Island, Beach Cabana Royale pits three designers against one another to see who can completely overhaul a beach cabana for a family in one day using their small-space expertise to turn it into the sandy getaway of their dreams.

"Here at Atlantic Beach, New York, cabanas are a huge way of life," Polizzi explains in a press release. "Not only do they provide shade from the summer heat, they're also a place for friends and family to gather, play games, enjoy meals together and even shower off after you get all that sand in your bathing suits."

The reality star and mom of three (she shares sons Lorenzo, 8, and Angelo, 1, and daughter Giovanna, 6, with husband Jionni LaValle) checks in on the designers' progress throughout the one-hour episode. Meanwhile, the three families compete in a few fun challenges in an effort to give their designers an extra advantage.

Once they've worked their magic, the three competitors — Karla Graves, Wendell Holland and Delia Kenza — and their cabana makeovers will be subject to the critique of two HGTV judges, Property Virgins' Egypt Sherrod and Build Me Up's Orlando Soria, who will select a winner.

In addition to the "Golden Oar" trophy, the winner will also have a donation of 100,000 meals made in their name to Turn Up! Fight Hunger, a foundation working to solve childhood hunger.

The Beach Cabana Royale special will be streaming as part of HGTV's new "Beach Escape" programming lineup, which aims to bring some sunshine to viewers in the middle of February — especially while travel is limited.

"When the dreary cold days of winter set in, everyone is looking for the promise of a sunny, warm reprieve," Lisa Holme, Group SVP Content and Commercial Strategy at Discovery said in a press release. "You may not be able to take a tropical vacation right now, but we're offering the next best thing. Grab a Mai Tai and some sunglasses for a beachy binge."

The lineup also includes new episodes of HGTV favorites like Beachfront Bargain Hunt, Mexico Life, Hawaii Life and Island Life, which will drop every Tuesday in February on Discovery+.