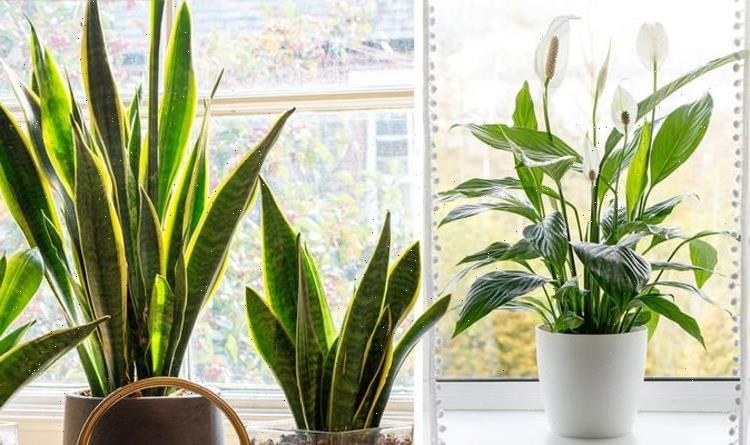 Gardeners' World: How to care for houseplants

People love putting plants inside their homes, not only do they brighten the place up and bring joy should they produce flowers, but some houseplants are great at purifying the air. However, there are several common plants that are incredibly dangerous – not just for humans, but some plants can be fatal for pets if ingested. B Well CBD has identified the plants you should avoid putting on your windowsill.

While the vast majority of houseplants are safe, there are over 700 indoor/outdoor plants that can be dangerous to humans and animals.

Some might only create a mild hallucinogenic such as a spider plant when ingested by a cat, but others such as the bulbs of Daffodils can be fatal.

This is why it is a good idea to do some research before you buy.

Nerium oleander, most commonly known as Oleander or Nerium, is a shrub or small tree cultivated worldwide in temperate and subtropical areas as an ornamental and landscaping plant.

It produces a beautiful pink cluster of flower heads.

But it is ranked as the most dangerous houseplant because it is extremely toxic for humans and pets.

It might look delicate and innocent, but even ingesting honey made from its nectar can produce symptoms.

Death in adults has been reported from eating one small leaf. Children are more susceptible and should be kept away.

Symptoms in Cats and Dogs: Arrhythmia, vomiting, and cold extremities.

This plant is also known as Elephant’s Ear or Angel’s Wing, but with a name like that, who would have thought it could be toxic?

While it can produce some very pretty colours, all parts of the caladium are considered toxic to humans and animals.

Symptoms in humans: After ingestion: painful burning and swelling of the mouth, tongue, lips and throat. Difficulty in breathing/swallowing can lead to blocked airways causing death.

This plant is also known as Devil’s Ivy, so maybe the hint is in the name? But, although this plant can be poisonous, it is known for being one of the best plants for removing impurities from the air. Luckily, it is only mildly harmful in small quantities, but can be serious in larger quantities.

Symptoms in humans: Burning of the mouth, skin irritation, swelling of lips, tongue, and throat, vomiting, and diarrhoea

Symptoms in cats and dogs: Drooling, choking, swelling of mouth and tongue, difficulty breathing, and stomach upset. Can lead to renal failure and/or death.

Surprisingly, the peace lily is not a member of the Liliaceae family and therefore not a true lily. But it can be poisonous.

Whilst it does make a great air purifier and is ideal for apartments or rooms with little light, it can cause death if ingested by either humans or animals.

Symptoms in humans: Burning and swelling of lips, mouth, and tongue, difficulty speaking or swallowing, vomiting, nausea, and diarrhoea.

Symptoms in cats and dogs: There is some conflict here, but symptoms recorded are burning mouth, excessive salivation, diarrhoea, dehydration, lack of appetite, and vomiting. Left untreated, peace-lily poisoning could lead to renal failure.

This is one of the most popular houseplants because they are so easy to grow. But whilst they may be the perfect complement to any room, it contains calcium oxalate crystals which are toxic to both humans and animals.

Symptoms in humans: Normally, ingesting a small amount will only have mild side effects including a dermatitis reaction (in both adults and children). But in rare cases, it has caused fatalities in children.

Symptoms in cats and dogs: Philodendron has a much more serious effect on pets, with reports of spasms, seizures, pain, and swelling. It seems to be more toxic to cats.

This is a charming sight when it creeps over stone or brick walls. It can even create a romantic cascading showpiece when hung from baskets in your home.

It’s also the perfect plant to remove airborne faecal-matter particular from the air, which is great for people with pets. But it can cause some issues.

Symptoms in humans: Ivy can cause severe skin irritation. Ingestion can cause burning in the mouth and throat, stupor, convulsions, fever, and rash. Usually, symptoms are only severe if large amounts of the plant are eaten.

This also refers to any plant called lilies.

Some are more toxic than others, so it’s a good idea to err on the side of caution if you are buying a lily.

They might be elegant plants but they can have a nasty side if you buy the wrong one.

Different lilies will produce different symptoms in pets or humans. Cats are more susceptible to lily poisoning than dogs.

Symptoms in cats: All parts of the plant are thought to be toxic. Symptoms will include vomiting, lethargy, and lack of appetite. Renal and liver failure could occur and, if not treated, lead to death.

Perhaps more commonly known as Snake Plant, due to its appearance, this is another common plant in people’s homes.

This is a popular gift for new homeowners due to the belief that it can protect a home from evil influencers. Some might call it a good-luck plant, but it’s not so lucky for pets.

Symptoms in humans: The toxicity level is low, producing short-lasting symptoms such as mouth pain, salivation, and some nausea. In rare instances, it can produce a dermatological reaction but is mainly toxic only if ingested.

Symptoms in cats and dogs: It can cause excessive salivation, pain, nausea, vomiting, and diarrhoea.

This plant is also known as Dumb Cane, due to it leaving humans unable to talk if ingested.

This is more likely to be ingested due to it being kept on a pot on the floor rather than a high shelf, so if you have pets or children you really should be careful with this plant.

Symptoms in humans and animals: Extreme pain in the mouth, salivation, burning sensation, and swelling and numbing of the throat.

The Arrowhead plant or Arrowhead vine because of sometimes how it grows is a plant that is easy to look after and regularly gets given as a gift.

The only thing to watch out for is any fallen leaves, particularly if you have pets or young children.