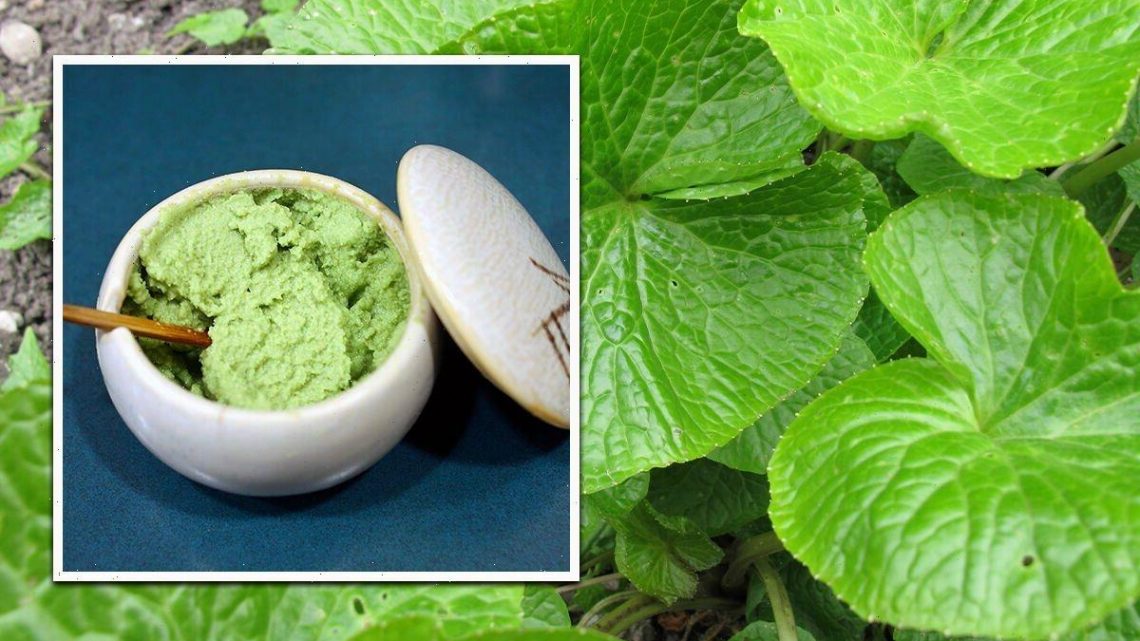 Oxwash shows the effects of PERC on flowers

Wasabi, also known as Wasabia Japonica for the plant fanatics, is most commonly known as the spicy green paste you add to sushi, but you can use it to spice up any recipe if you have the taste for it. Wasabi also offers multiple health benefits, as its potential wealth of antioxidants may help to boost the immune system, reduce inflammation and remove harmful toxins from the body. So if you haven’t been using Wasabi, you might want to jump on the trend or even better, grow it yourself.

Wasabi is native to the Japanese mountains and being semi-aquatic, would grow in the wild alongside streams with large trees overhead providing a canopy of shade.

Wasabi is a member of the Brassicaceae family, closely relating it to the likes of cabbages and horseradish.

Contrary to popular belief, it is actually possible to grow wasabi in the UK as its typical, cloudy and cooler climate fosters a great environment for it to thrive, according to The Wasabi Company.

And not only will growing a plant knock a few quid off your shopping list (if it’s one of your staples), but it also presents itself as a striking feature plant in the garden.

A well-established Wasabi plant can grow large heart-shaped leaves up to 60cm high and a metre wide in a good shady spot. So if you’re searching for a plant to fill some space in the darker areas of the garden, Wasabi could be for you.

How to grow wasabi

After picking up a Wasabi plant, it’s recommended you first plant it in a 9cm pot with some compost to help it establish a good root structure.

After around four to five weeks, you replant it into the ground in a position where the crown of the plant is not covered but remains slightly about the soil.

This way, new leaves can emerge without the challenge of forging their way through the soil.

As mentioned, Wasabi is well-accustomed to shady riverbanks in Japan, meaning very low light levels are needed to keep this plant alive.

This means a shady spot is required to house the Wasabi or if you have a pond, beside this under some shade would be ideal.

The Wasabi Company recommends planting it under over-hanging branches, behind a tall bush, or on the shaded side of a fence or wall.

If you’d prefer to grow your Wasabi in a container, this is also possible providing you keep the soil moist and full of nutrients via compost or general-purpose plant food.

DON’T MISS:
Get rid of mosquitos in the house this summer using common herb [EXPLAINED
Plants: Three jobs to ‘avoid’ doing during a heatwave [ANALYSIS]
‘Go straight for the source’ 7 ways to get rid of an ants nest at home [INSIGHT]

The Wasabi company suggests a nine-litre pot as a minimum-sized container with good drainage holes.

Once established, Wasabi is quite a hardy plant and pests and disease don’t tend to be common problems for it and if it does suffer a slug attack, it tends to be able to recover quite quickly.

However, the shade is a key component to successful growth and if you spot yellowing leaves, try to act quickly to fix it by hanging a piece of shade cloth above the plant.

Wasabi can survive in temperatures as low as -5C, however, it’s best not to let it face such low levels if you really want your plant to thrive.

To protect it from the colder nights, try covering the crown with a fleece or some straw.

And there you have it, you should now be able to grow and sustain your very own Wasabi plant.

The Wasabi Company said: “Patience is a virtue with wasabi, and the reward of harvesting and grating your own fresh wasabi paste will be all the sweeter for the two years it can take to yield the famously pungent rhizomes.”

Justin Timberlake, SZA, Clipse And More Join Something In The Water Lineup