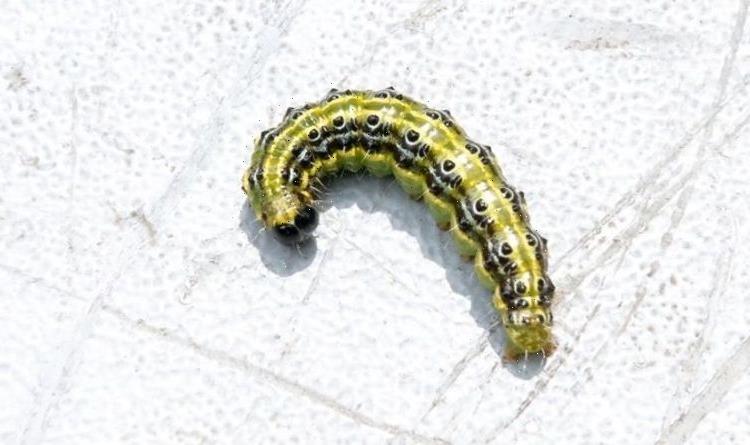 How to get rid of box hedge caterpillars

Gardening hacks: Expert reveals how you can use vinegar

Box hedge caterpillars, also called box tree caterpillars, feed on box plants and can take down a healthy plant in a matter of hours. The pests were first found in gardens in the UK in 2011 and quickly became widespread, now found across England, Wales, Scotland and Northern Ireland.

How can you tell if you have box hedge caterpillars?

Gardeners usually become aware of the caterpillars when they find webbing and caterpillars themselves on box plants.

You can also look out for pale yellow flattish eggs laid sheet-like, overlapping each other on the underside of box leaves. 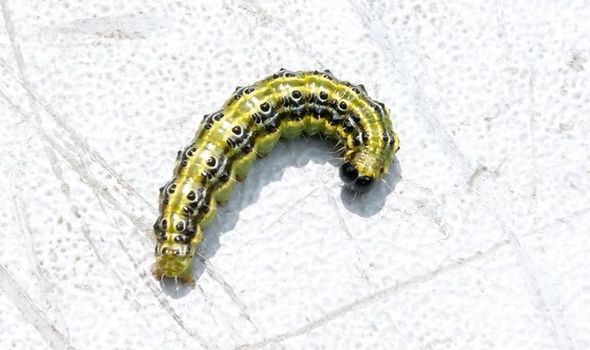 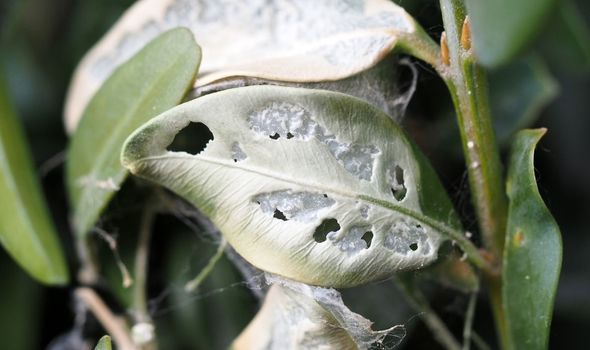 Older caterpillars reach up to 4cm in length and have a greenish-yellow body with thick black and thin white stripes along the length of the body.

The adult moth usually has white wings with a faintly iridescent brown border, although the wings can be completely brown or clear with a wingspan of around 4cm.

The caterpillars eat box leaves and produce webbing over their feeding area.

Plants may also show patches of dieback which may be especially apparent on trimmed plants, but be careful now to confuse this with dieback caused by the disease known as box blight.

Caterpillars are also capable of stripping bark as they take over the whole hedge. 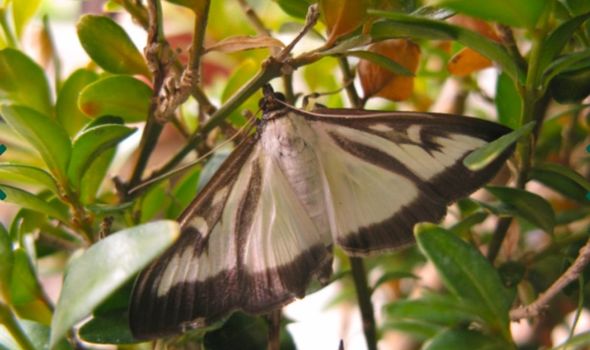 How to get rid of them

There are two methods for removal according to the Royal Horticultural Society (RHS) – with or without pesticides.

Guy Barter, Chief Horticulturist from the Royal Horticultural Society (RHS), previously told Express.co.uk how in 2017 the insects were named the top pest in their annual top ten plant pests and diseases rankings.

He said: “We have cages of caterpillar infected bushes at RHS Garden Wisley.

“One approach is to treat them with tiny worms called nematodes that kill insects.

“We are still investigating this and it is unclear as yet if this will be feasible. 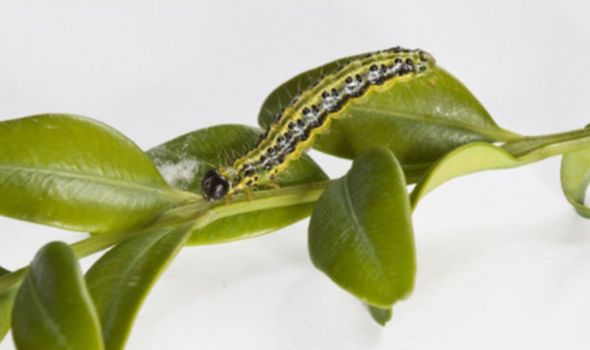 “Unfortunately in the long run replacing box with similar plants will probably be necessary.

“Picking off caterpillars can be quite a task for a large hedge but on small scale it is feasible.

“No one wants to use insecticides as they harm all insects not just harmful ones, but if a severe attack develops there is no choice.”