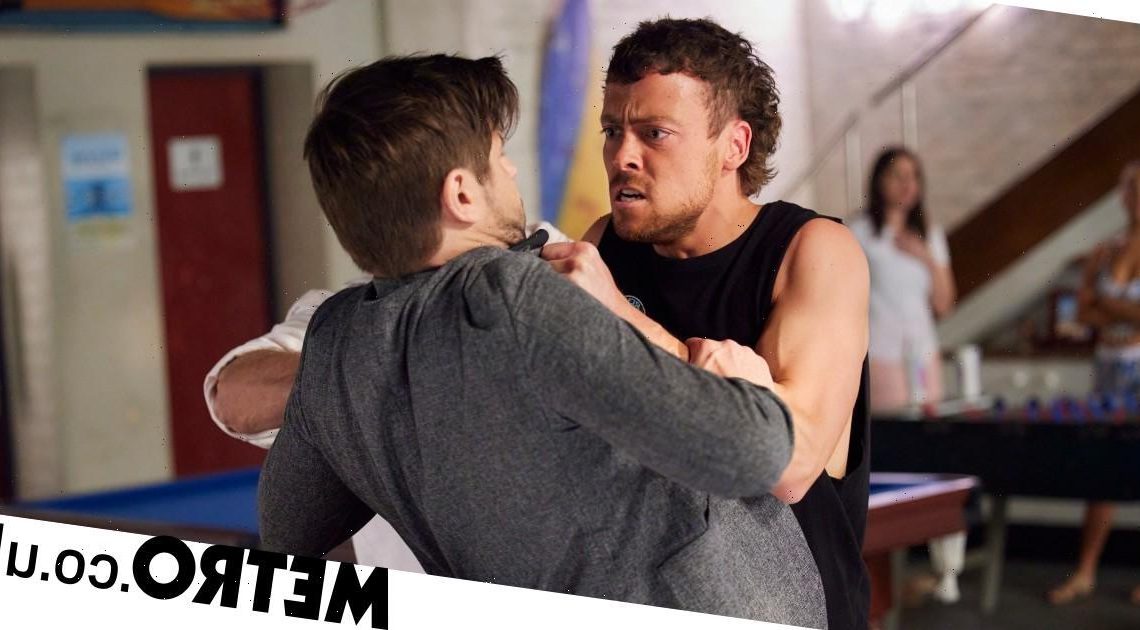 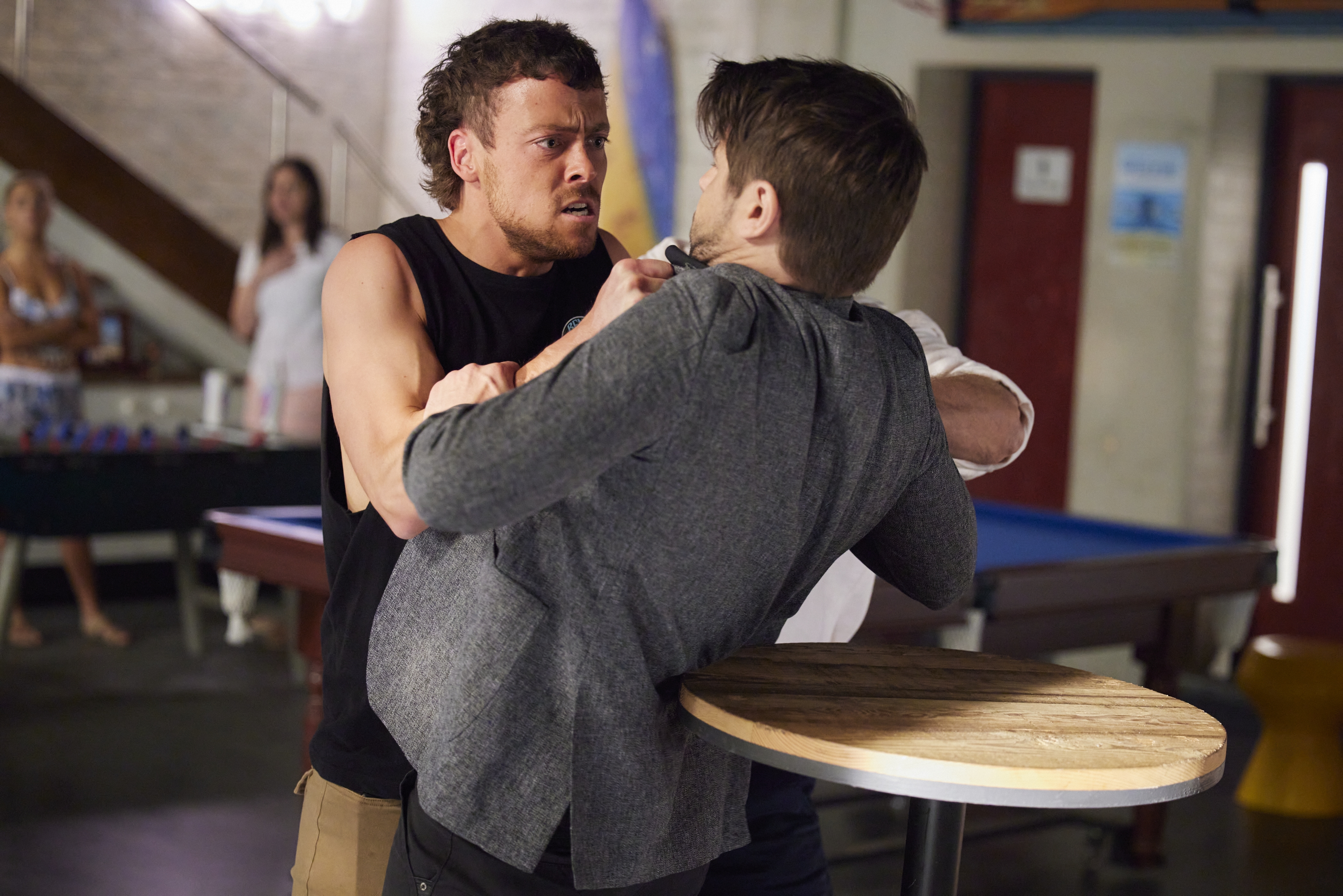 Dean Thompson (Patrick O’Connor) in on the warpath in Home and Away next week, after villainous PK (Ryan Johnson) stoops to a devastating new low.

PK, as viewers know, has antagonised several of Summer Bay’s finest, with his biggest sin undoubtedly being the cruel way he treated Mackenzie Booth (Emily Weir).

Dean has been determined to protect his sister from dodgy PK, but Mac is on a revenge mission in upcoming scenes, after a robbery at Salt results in Tane Parata (Ethan Browne) getting stabbed.

Mackenzie ultimately tells PK she’s determined to play by his rules, and she arranges a meeting with him, much to Dean’s dismay.

‘I think at this stage Dean doesn’t know what PK is capable of doing,’ actor Patrick O’Connor told Metro.co.uk.

‘He really thinks that Mackenzie going there to settle with him – or somewhat conclude the business between the two – is only going to end bad, especially after PK sends those two guys into Salt.’

Mackenzie, however, refuses to listen to reason, and instead forces PK to hear what she has to say, with some reinforcement from Dean.

But things take a sinister turn, as PK issues a horrifying warning, one that threatens the life of Dean’s son Jai!

‘With the threat coming from PK about Jai, he really starts to go through a stage of panic,’ admits Patrick. ‘Because of the sheer lack of knowledge that he has about this guy, he doesn’t know if he’s the kind of criminal that attacks a kid or if it’s just an empty threat.’

Unwilling to risk his son’s life, Dean decides to take matters into his own hands, as he gets a group of the guys together to teach villainous PK a lesson.

Patrick adds: ‘Even though it’s not the right thing to do – it’s a terrible decision, Dean’s motive in all of this is to make sure that PK understands loud and clear that you don’t come near Mackenzie and you don’t go near Jai.

‘You see that Dean’s made a phone call and then it cuts to an old Commodore pulling up and the boot opens, PK’s tied up in the back of the boot. I think that leads enough to believe that whatever happens from here is not going to be good for PK.’

The question is: is Dean capable of murder? Will he go as far as humanly possible to get PK out his life once and for all?

‘Dean’s the kind of guy that would stop short of murder,’ said Patrick. ‘I think with the whole loss of Colby thing that happened a couple years ago, murder’s not really something that’s in Dean’s blood.

‘But at the same time, he’s probably going to push every limit in order to make sure the ones he does care about are safe, especially if it’s his sister and his son. It’s almost guaranteed Dean would do almost anything but murder to make sure they’re safe.’

Dean’s actions, however, could very well come back to bite him, as subsequent scenes will see PK wind up dead, as his body washes up on the shores of Summer Bay.

Will Dean be implicated? That we do not know. Patrick, however, teased that his character will end up a suspect.

‘With everything that happens with PK, another investigation unfolds that heavily involves Dean and puts a bit of a strain on Ziggy and Dean’s relationship,’ said the soap star. ‘Whether they’re able to get through that or not, time will tell!

Fancy a vegan bite? We ranked the best plant-based burgers on the market