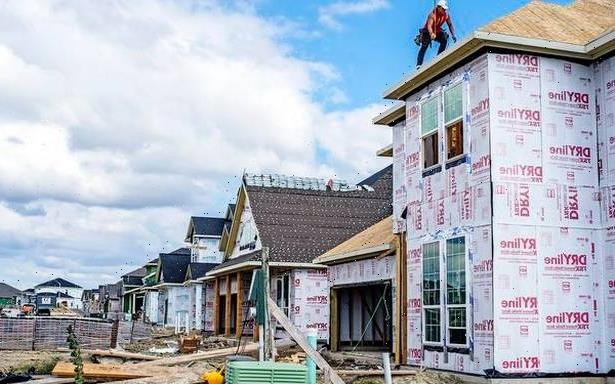 Low-rises have shown a vulnerability to natural calamities because of non-intervention by structural engineers. A look by civil engineer Shrikant.S. Channal in the wake of recent building collapses

The National Building Code-2016 has made it mandatory to involve appropriate professionals in all stages of construction work in view of the increasing number of building collapses due to lapses in safety issues. This is particularly so in below G+4 category building designs. It is found that the low-rise building category, which forms 98% of the total housing in the country, seems defenseless and susceptible to natural calamities such as earthquakes, cyclones, floods, etc., due to non-involvement of structural engineers and other engineering inputs.

Increased urban population density demands innumerable number of civic amenities in order to keep life safe and comfortable. Systematic, controlled physical growth of the city is one of the primary objectives of any governing civic body. Controlled building growth vertically and horizontally becomes an absolute necessity. A kind of Master Plan (generally called CDP-Comprehensive Development Plan) will be prepared by urban engineering experts well in advance to guide the intended development for the city/town. That is how “Building Bye-Laws” (BBL) comes into existence and taken up later as part of Master Plan/CDP. The primary intention of BBL is to restrict and guide the spatial development of the city/town and the buildings that are popularly covered under the title “Zoning Regulations” in the CDP.

The Bureau of Indian Standards (BIS), the apex standardisation body of the country, is responsible for framing the technical codes and standards for civil construction and development, in the form of National Building Code of India. These codes are revised periodically to accommodate the latest development in the construction industry, the latest one being NBC-2016.

The NBC provisions are prepared by an expert committee of the BIS apex body incorporating suggestions from representatives of government, private, and academic institutions, civil engineers, contractors, architects, environmentalists etc. These codes will form the fundamental technical principles to be followed during the design and construction of buildings for safe and sustainable developments.

Law being a state subject, it is for the State governments to incorporate these National Building Codes and standards into their State/Local/Municipal Building Bye-Laws.

Every State has its own Town and Country Planning Act, through which these bye-laws, codes and standards are framed and amended from time to time to keep abreast with the changed requirements and technological advancements.

In Karnataka, through the Karnataka Town and Country Planning Act-1961, these bye-laws came into existence for various local authorities and have been amended from time to time.

All corporations and development authorities have their own building bye-laws under the above-mentioned act. These BBL will be amended/modified by the State Government in the form of CDP from time to time as per the requirement of urban growth.

For any urban development works, like layout formation or building construction, formal approval is mandatory from the Civil Engineering/Town Planning Departments of the corporation or development authority.

The authority will accord the approval after confirming the adherence of the proposed development with the CDP and BBL / zonal regulations applicable to the authority’s limitations/boundaries.

Therefore, in the interest of safety and sustainability, the authority will also look into the aspect of involvement of professionals such as civil engineers/architects for planning, structural engineers for safe designs, geotechnical engineers, public health engineers, electric/service engineers and also civil contractors who shall have valid registration with the authority.

Documents and drawings, signed by the relevant professionals, shall be submitted to the authority along with the “Certificate of Engagement” from each one of these professionals.

The professionals’ requirement will depend on the type of development/construction and their professional competence as specified in NBC-2016.

The above-mentioned professionals’ engagement becomes mandatory right from building permit stage till completion of all kinds of building/development however small or big it may be.

Nevertheless, other professionals’ involvement may be sought by the authority depending on the quantum, type and/or importance of the building like peer review of design drawings, especially for high-rise and special buildings.

There are provisions to suspend the professional’s licence if he/she carries out his or her duties in a manner that violates what is envisaged by the NBC and the bye-laws.

The owner can apply for the Occupancy Certificate (OC) to the authority after enclosing all the completion certificates and documents obtained from the professionals involved in the building/ development work.

The authority will issue the certificate as per the prevailing conditions in the bye-laws.

The owner can then proceed with all the necessary service connections and other documentations.

‘Selling Sunset’ Star Maya Vander Reveals She Had Stillbirth At 38 Weeks: ‘I Don’t Wish This On Anyone’

Pete Davidson and Miley Cyrus Got Matching Tattoos, Because of Course
Entertainment