Home » Food & Drink » When You Eat Cicadas, This Is What Happens To Your Body 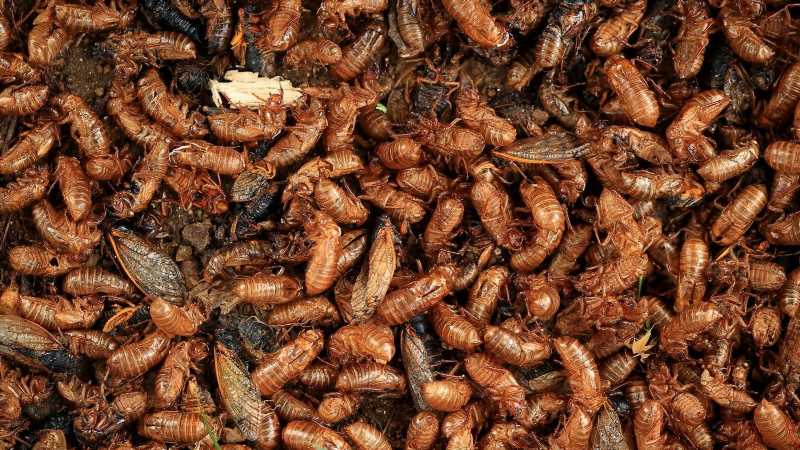 When You Eat Cicadas, This Is What Happens To Your Body 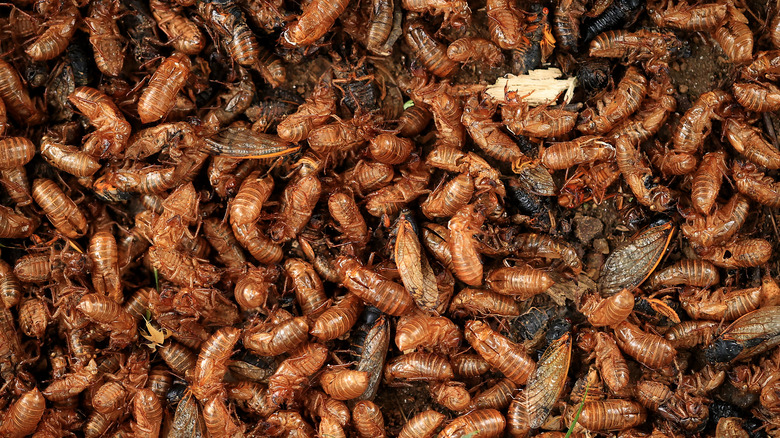 We all know of the common proteins. Beef, chicken, and fish are staples for a plethora of meals. However, lately, there appears to be an insect trying to crawl its way into our weekly menu. That’s right. Entomophagy (the practice of eating insects) is really having a moment and cicada’s are at the head of the pack. But, before you add these creepy crawlers next to the potato salad on your plate or in a stir-fry, there are a few things you should know.

Isa Betancourt, an entomologist from the Academy of Natural Sciences of Drexel University, calls cicadas “the shrimp of the land,” explaining, “They are arthropods, which means they have an exoskeleton. We regularly eat the arthropods of the sea and those are the shrimp, lobsters and crabs. And so cicadas are arthropods, too” (via NBC). Betancourt goes on to say that cicadas are a nutritious food that is high in protein and low in fat. But what happens to your body if you consume these crunchy critters?

Hallucinogenic mushrooms and cicadas have something common

National Geographic points out that cicadas are gluten-free and low-carb (via The Atlantic). But before you start munching on cicadas like you would popcorn, know that there is the possibility that these insects can give you a high. Matt Kasson, an assistant professor of forest pathology at West Virginia University, was part of a study conducted in 2019 that showed cicadas contained a fungus called Massospora (via Miami Herald). The effects of ingesting this fungus are similar to taking hallucinogenic mushrooms. “These psychoactive compounds were just two of less than 1,000 compounds found in these cicadas,” says Kasson. “Yes, they are notable but there are other compounds that might be harmful to humans. I wouldn’t take that risk.”

Yes, cicadas have the potential to give you a high. But you would have to eat a whole lot of them to feel anything. “You probably have to eat 100 infected cicadas to have a potential [“high”] effect on a 140-150 pound human being. If you’re bigger, then you’d have to eat even more,” notes Dr. David Shetlar, from Ohio State University (via Miami Herald). 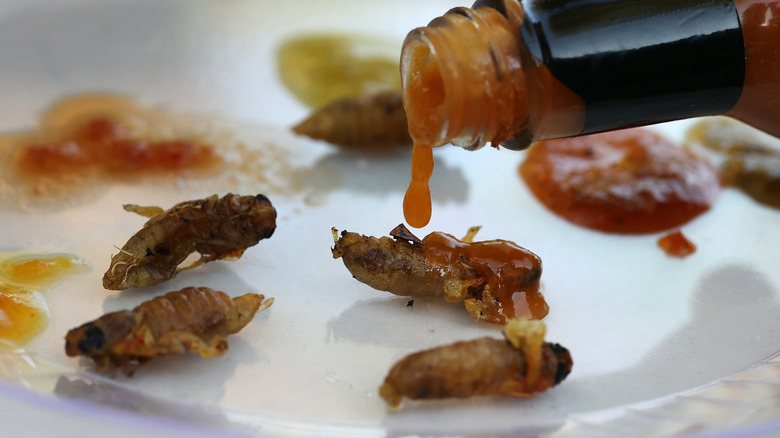 As these critters are considered the “shrimp of the land” and are near cousins to their aquatic counterparts, it might not be safe to dine on these if you have a shellfish allergy (via The Atlantic).

The same goes for if you are pregnant or breastfeeding. “Though you probably wouldn’t eat enough cicadas to ingest harmful levels of mercury, it’s best to avoid them altogether,” says dietitian Beth Czerwony (via Miami Herald). If you still cannot wait to dine on a plate of cicadas and dipping sauce, stop to consider their origin first. “They’ve been in the ground for 17 years, so they’ve been able to absorb pesticides, lawn fertilizers and any other chemical you put on your lawn,” Czerwony says, adding, “If your own lawn has been chemically treated, head someplace a little bit more wild and untouched to collect cicadas for eating.”

As insects become more popular to put on our plates, look out for cicadas on the menu the next time you are visiting a more daring restaurant. It’s up to you. But remember, beef, chicken, and fish are likely there, as well, if you are not in the crunchy cicada mood.

Love Island 2021: The cast's best outfits and where to buy them including I Saw It First
Entertainment