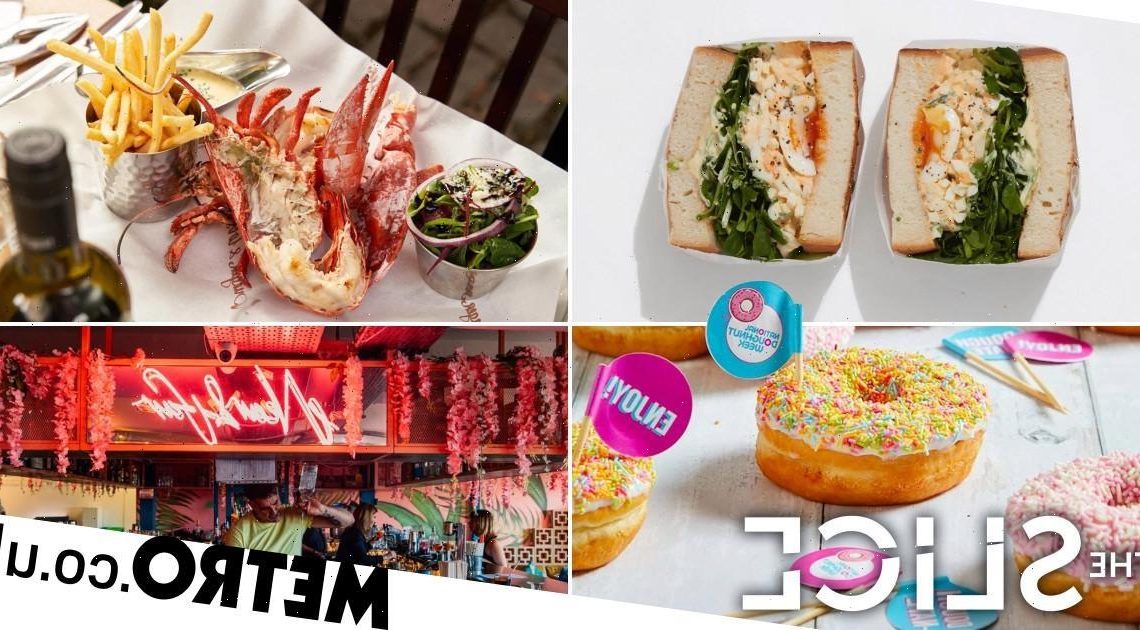 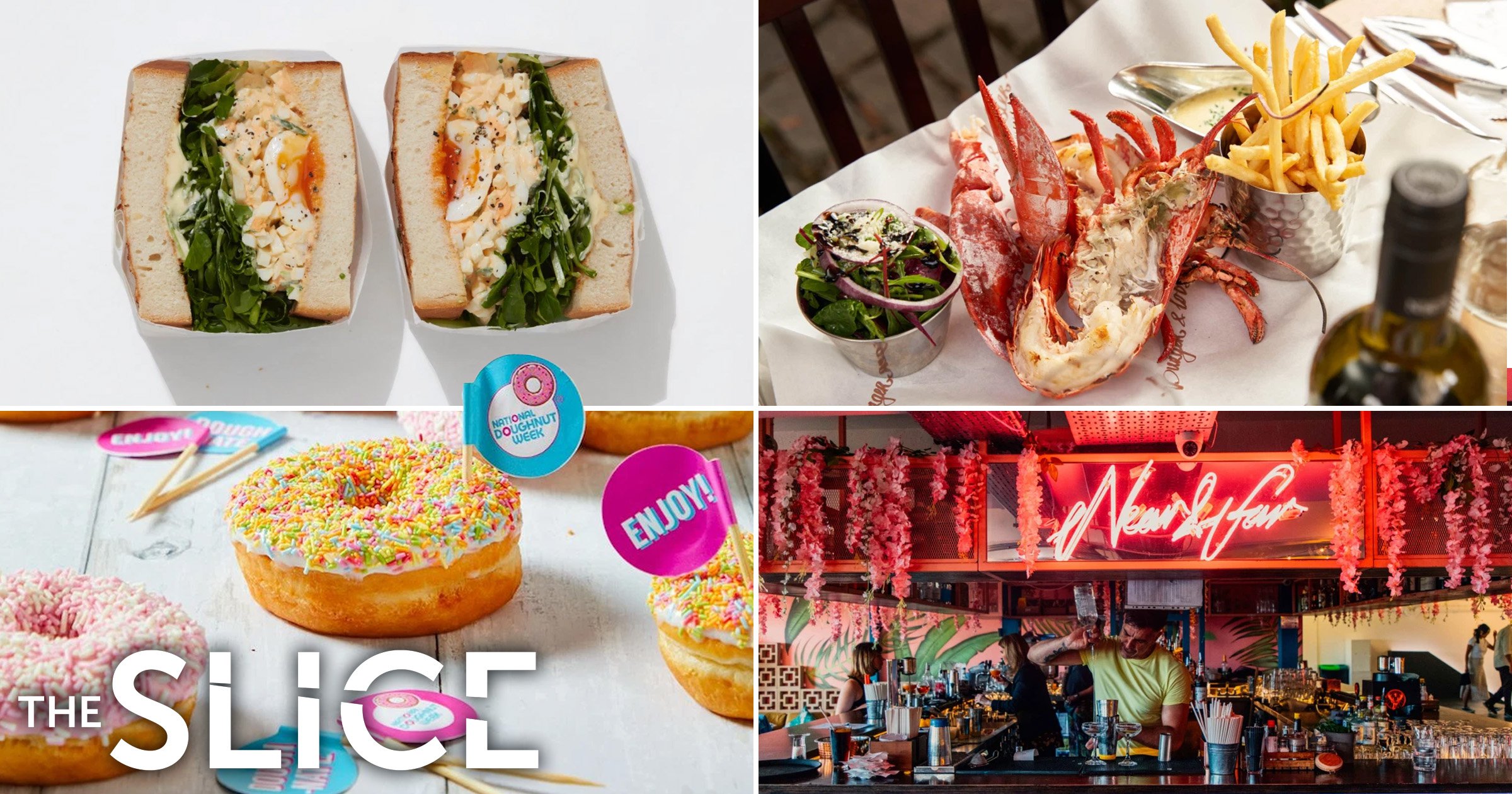 We are just days, mere days, from a return to business as usual.

Monday sees clubs throw open their doors, theatres and cinemas welcome a full house, we can prop ourselves at bars, and life can return pretty much to normal.

Not that we need to wait until then — oh no! — with Peckham Levels already back, Burger & Lobster lobbing out £20 lunches, National Doughnut Week in full, gooey flow, and even an experience where you can basically walk around inside a Magnum.

Oh, and you’ll need your diaries (finally!) for everything Electric Brixton has lined up…

Put a ring on it

At last, after all that football nonsense, something we can all get behind… it’s National Doughnut Week!

So put out the flags to celebrate the 30th glorious year of the event you mark by shoving tasty, carb-heavy blobs of heaven into your mouth while simultaneously raising funds for The Children’s Trust.

And they say we can’t multi-task (we’ve been known to look out of the window and burp at the same time, we’ll have you know!).

Luckily for us north Londoners, we have some of the finest purveyors of doughnuts in Dunns Bakery, with its branches in Crouch End and Muswell Hill (yes, we’re that fancy), but if that’s not your neck of the woods you can find your nearest participating outlet below.

Free beer? Oh, that got your attention. It’s the only thing that sounds more delicious than Freedom Day.

Speaking of which, how about a free beer to celebrate Freedom Day? It’s a match made in heaven — and we don’t mean the nightclub.

And what’s more, the beer comes from Freedom Brewery! You couldn’t make it up!

All you have to do is go to the website below, sign up and you get a voucher that you can redeem against a free beer in any of the participating bars and pubs on July 19, just so long as you’re among the first 50 at your chosen location.

We’re getting a mighty thirst on just writing about it!

One shell of a deal

Remember 2011, when you could have a lobster lunch with fries and salad and a whole jug of lemon and garlic butter for just £20?

Well, happy days are here again as Burger & Lobster gears up to celebrate its tenth anniversary — where does the time go? — with a return to 2011 prices, which is great news… just so long as we don’t have to wear skin-tight jeans with rips across the knees!

Choose your outlet — they’ve branches across London now — make sure you go at the right time, and bib up to tuck on in. Especially amazing for those of us who couldn’t afford £20 in 2011!

This is next Level

Has it really been a whole year since Peckham Levels closed down? It must be — why would anyone lie about that?

Well, the wait is over and it’s back — backer than back! — and while it’s been gone it’s been quietly refurbishing and adding seven new street food traders — from pizza to Brazilian BBQ and Delhi-inspired street food, the works! — plus a bunch of new retail outlets (think jewellery makers, footwear customisers, a tattoo parlour, all the cool stuff!) and a new coffee roastery.

Don’t worry, they kept all the good bits. You still have Near & Far and Lady Godiva bars (see you there soon for a bottomless brunch!) as well as the Level Six Yoga Studio and Plonk Crazy Golf.

You know things are getting back to normal when you’re living it large in an old car park.

Fancy coming with us to the Magnum Pleasure Sensorium?

No, it’s not an indecent proposal, it’s an invitation to explore the Chocolate Chamber, Caramel Bath and Biscuit Passage… which does actually sound quite indecent, come to think of it.

It’s all part of a multi-sensory experience based around the new Magnum Double Gold Caramel Billionaire, which aims to help you find your personal pleasure profile (crikey!).

Basically, you walk through spaces designed by a food artist and anthropologist, taking in the sights, sounds, smells, touch — and, yes, taste! — of the ice cream’s various layers until they have worked out the exact proportions of what you look for in a taste sensation, and then you go and create a bespoke Magnum in their Dipping Bar.

They had us at Magnum.

You might know Boxpark Croydon as the location they always film during the footy because they know everyone’s going to throw their beer in the air when a goal is scored, but there’s more to it than that.

Even more now that Sluggers has arrived. Sluggers, as the name suggests, is the crew that brought the first ever baseball batting cages to London.

Now they’ve gone down Croydon way with their virtual pitchers and their Latin American-inspired menu of Cuban sandwiches, Venezuelan arepa buns, pork sliders and quesadillas — all washed down with cocktails of the alcoholic and non-alcoholic (apparently that’s a thing!) variety.

Sounds like a dangerously big night out to us.

Eat your heart out

It sounds a bit like ‘Easter’ and a bit like ‘festival’, but we don’t think it’s either. Well, not really.

What it is… is… a globe-spanning street food fair, which actually sounds better than Easter.

With more than 20 options to (try and) choose between, including Bob’s Lobster, Burger & Beyond, El Pollote, Peloton Pizza and Rocket Dogs — and (*does maths*) 15 more! — Eastival is looking like a major belly-buster, washed down by craft beers and cocktails galore.

Luckily, we’ll be able to burn off some of those calories dancing to Horse Meat Disco, our most favourite DJs in the whole wild world. Buy your tickets now, for pity’s sake.

A powerhouse switches back on

Seeing as we’re going to be free to go about our regular everyday/everynight business soon, how about we start filling our diaries with upcoming events?

‘Upcoming events’ — remember those?! Well, down at Electric Brixton they have tonnes of the things.

They even have stuff — that would be German house duo Booka Shade and their insane production — scheduled for December!

This could be it, people. We could actually be *takes sharp intake of breath* back out there!

If you’ve had it with regular soggy sarnies (and after a year of DIY dinners, who hasn’t?), what about a Wanpaku? No, we didn’t know what that was either, but now we’ve tried one we quite agree it truly is a ‘flavour bomb’.

Let us explain…. it is in fact a type of sandwich from*checks notes* Japan, it translates as ‘cheeky’ (oo-er!), and it is stuffed so full of glorious, colourful layers of meat, cheese, eggs or veg that it actually bends outwards (see pic!).

With fillings inspired by the founders’ travels — so pastrami on rye from New York City and classic English egg mayo with a Japanese twist — this is sure to give your lunchtimes a lift. And where can you find such beauteous fare?

Why, the new Secret Sandwich Shop, upstairs from The Globe in Notting Hill, of course. Bet you can’t get your mouth around it! Actually, knowing you…

Can I travel to Sunny Beach? Latest travel update for Bulgaria holidays
Entertainment