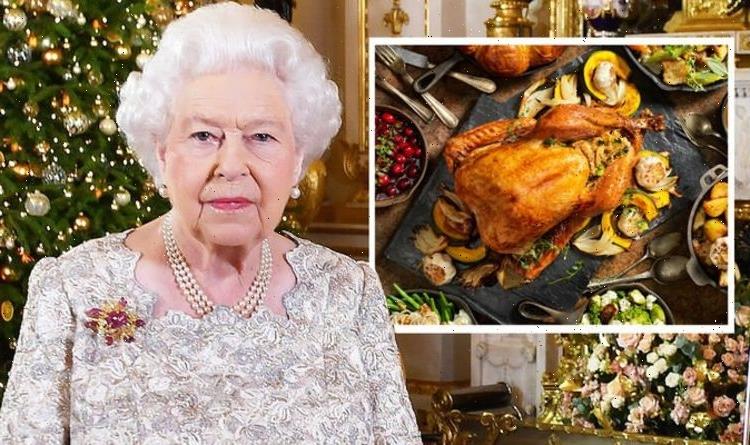 What does the Queen eat for Christmas dinner? Full menu shared by former royal chef

As families across Britain sit down for their Christmas lunch or dinner, many may be wondering what the Queen and the rest of the Royal Family are eating today. With the royal festivities and celebrations taking place at Sandringham, a former royal chef and butler have revealed the Christmas feast the Windsors enjoy every year.

It has been said that the royal children are traditionally separated during Christmas Day at the Queen’s Norfolk residence.

Until the children are old enough to behave as adults at the dinner table, they take their lunch in the nursery.

Former royal chef Darren McGrady prepared meals for the Queen and Prince Philip in the Buckingham Palace kitchen from 1982 until 1993.

He then moved to Kensington Palace, where he cooked for Princess Diana, Prince William, and Prince Harry, until Diana’s passing in 1997.

Over the years, Darren has lifted the lid on what the royals eat on Christmas Day and previously said preparing the luncheon is like a “military operation”.

“It doesn’t just start the day before Christmas, it’s weeks and weeks and weeks before, there’s so much planning involved, you’ve got to order all the turkeys, Christmas puddings have to be made and the way Sandringham works is there was no equipment there because Sandringham was used by the Prince of Wales. The Queen’s chefs didn’t leave any equipment here in the kitchen because we’d lose it.”

As for what the first meal on Christmas Day is: “The men of the Royal Family typically went for a ‘big, hearty English breakfast’ while the women had ‘some sliced fruit, maybe a boiled egg’ ahead of a huge Christmas lunch,” he added.

As for lunch, Darren recalled: “It was the same meal every year.

“They’re actually boring when it comes to festivities. They didn’t do hams or anything, just traditional turkeys.

“We did three turkeys for the Queen and her family in the royal dining room, one for the children’s nursery and then more for the 100 or so staff, so everyone had a Christmas lunch.”

On another occasion, Darren described the turkeys as “26/28 pounds” that were “so big you almost had to take the over doors off”.

As for what the trimmings are: “The turkey is served with mashed and roast potatoes, chestnut or sage and onion stuffing, cranberry sauce and bread sauce.

When it comes to Christmas pudding, which is served after dinner, the former royal chef said it is “decorated in holly, doused in brandy, and the Palace steward would carry it, flaming, into the royal dining room”.

Just before the Royal Family sit down to eat, a tradition is carried out.

“Right before the Christmas buffet, the senior chef on duty goes into the dining room and carves the rib roast or turkey or ham and once he’s done, Her Majesty presents the chef with a glass of whiskey and they toast,” Darren told the Mirror.

“That’s the only time the chef goes into the dining room and has a glass of whiskey with the Royal Family.

“It’s one of the chef’s favourite traditions.”

Christmas isn’t just about food for the Queen. Like many, she enjoys an alcoholic beverage to accompany her meals.

The Monarch particularly likes Champagne and white wines as well as a couple of Martinis too.

This bottle of wine retails at around £1,380 and according to the expert, the Queen will have dozens of bottles for her guests to enjoy.

The children, on the other hand, will eat similar foods but with less seasoning.

Recalling what he used to cook for Prince William and Prince Harry when they were younger, Darren said: “It really is about making sure the portions are a little smaller for them and using less seasoning, but they pretty much have the same menu as the Royal Family.”

The royals then round off lunch by sitting down to watch the Queen’s speech together.

When the foundation is strong…
Entertainment