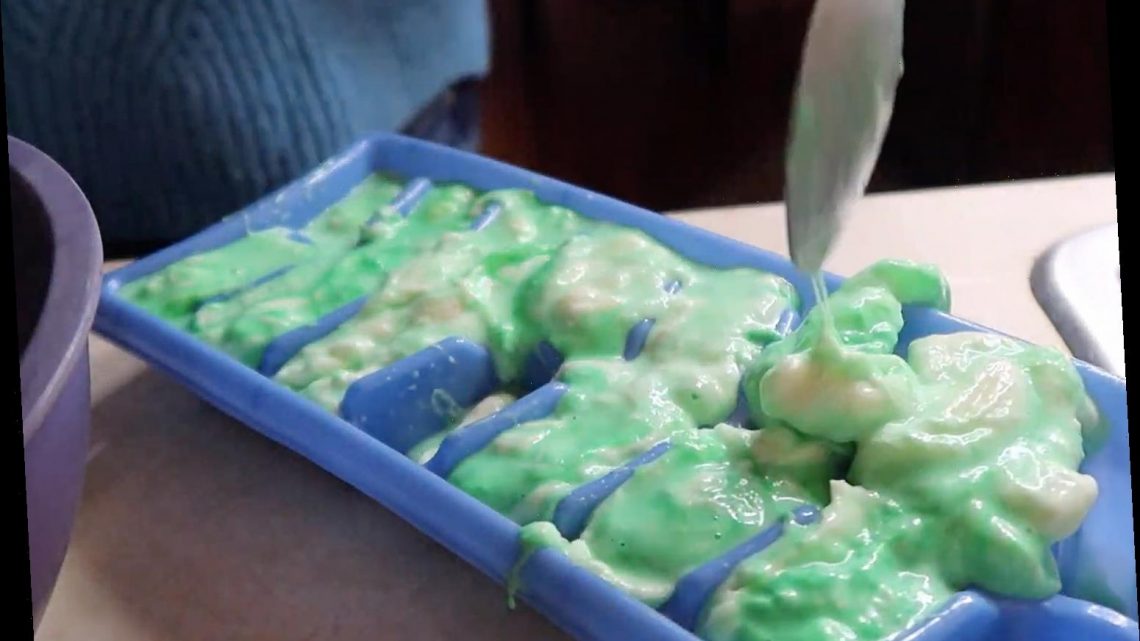 There seems to be a cookbook for everything these days — even Mountain Dew.

Now a lot of cookbooks come across my desk (or couch) but when this title arrived, I knew I had to cook from it. First of all, I needed to see if the recipes actually worked, and secondly, I had to know if the food was any good — you know, for science.

To make things more interesting, I decided to open a random page to decide what I'd be making. Lucky for me, I opened to the Mountain Dew and Cheetos Mozzarella Bites recipe.

I'm a huge fan of anything with cheese, but infusing mozzarella and cream cheese with soda didn't sound too appetizing to me. Still, I pushed my apprehensions aside and got busy in the kitchen.

The first step: Let one can of Mountain Dew reduce to a syrup on the stove. While the bubbly soda boiled, I moved on to melting the mozzarella and the cream cheese together. It was during this step that I realized this recipe had some issues.

There were no instructions on how to melt the cheese, or how long it would take. I took a wild guess and opted to use the microwave, but having steps to explain how to do something is so crucial when it comes to cookbooks! This was also an issue for the Mountain Dew on the stove — it never turned into a syrup, even after 30 minutes.

We Made Joey's Meatball Sub From the Friends Cookbook — Is it 'The Greatest Sandwich in the World?' After what felt like an eternity with no change to the soda on the stove, I poured it into the cheese mixture along with green food coloring. The mixture resembled the slime I used to play with as a kid.

Next, I spooned the gooey mixture into an ice cube tray and placed it in the freezer to harden for about an hour. While that concoction chilled, I prepared the Cheetos coating by processing a bag of the cheesy snack in the food processor until I had Cheetos dust. Once the cheese cubes were frozen, I set up a station with flour, eggs, and Cheetos dust and proceeded to dredge the cubes in each.

The final step was to deep fry the breaded cheese cubes in oil. Now I had never deep-fried anything before, and I was terrified that the oil would splash up and burn me, but it was relatively easy to do.

Once again, the recipe didn't specify how long each bite should cook in the oil, so I guess-timated and cooked each for about 4 minutes, until they were a deep burnt orange.

I'm not going to lie, I was pretty excited that these actually came together because I really had my doubts.

Before I tried one, I had to do a cheese pull test — and they passed with flying colors. Moving onto the more important taste test, every bone in my body did not want to like these. I mean, they looked straight up radioactive! But the first bite was surprisingly good. So good, in fact, that it was suspicious. I tried another bite and was overwhelmed with an overly sugary-sweet punch, and I couldn't finish it. I'm assuming the Mountain Dew had concentrated in only some of the cheese cubes, and the first bite I took simply didn't have any soda in it.

I enlisted a few of my friends to try them out too. Two of my pals enjoyed the bites. "It's okay, as far as American food goes," my pal Alex said.

My other friend Nico hated them though. "It's like stale Cheetos on top of melted stick cheese," he said while making a face.

So the verdict is still out — are these Mountain Dew and Cheetos Mozzarella Bites tasty or questionable? You'll have to decide for yourself. And if the MT Dew Cookbook interests you, it's available on their website for $30. The Smithsonian Is Collecting Artifacts From the Capitol Riots
Entertainment