Home » Food & Drink » Travis Scott Launches His New Hard Seltzer in 3 Flavors: 'I'm Excited for Everyone to Experience It!' 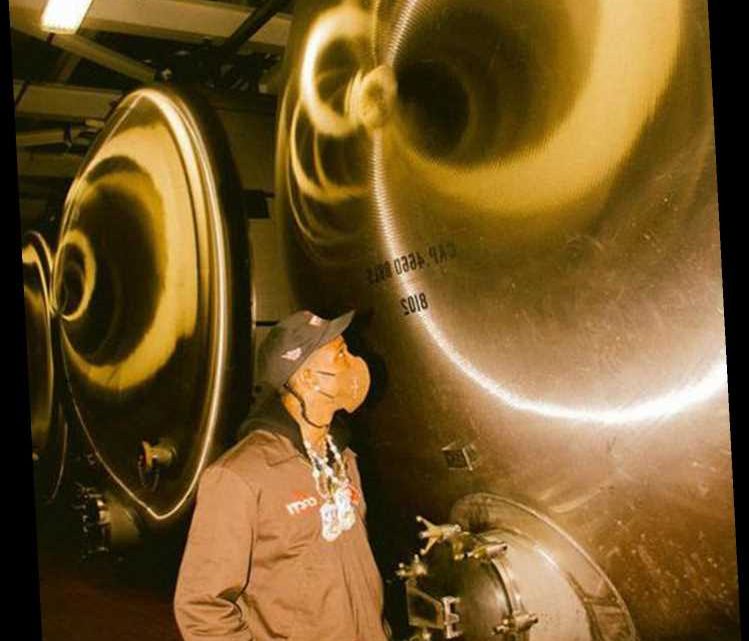 Travis Scott Launches His New Hard Seltzer in 3 Flavors: 'I'm Excited for Everyone to Experience It!' Look out White Claw, Travis Scott is getting into the hard seltzer game.

The rapper, 28, showcased his new CACTI Agave Spiked Seltzer in a commercial during the 2021 Grammys on Sunday night. Scott announced the new endeavor back in December, and the seltzer officially launched with nationwide availability starting on Monday.

The commercial, which Scott imagined and brought to life with the help of director Trey Edward Shults, takes viewers on a wild ride through the desert where motorcyclists discover the origins of the agave-based seltzer.

"It's been really rewarding building out the CACTI  brand over the past year, not only with the physical product on shelves but being able to exercise my creativity with something like this visual is super important to me," Scott exclusively tells PEOPLE. "The spot is my take on the origin of CACTI juxtaposed with the current world. I'm excited for everyone (21+) to experience it and try the product this week."

Co-created with Anheuser-Busch, CACTI comes in three flavors: lime, pineapple, and strawberry. Made with blue agave from Mexico, the finished product is a hybrid tequila-seltzer that has 7% ABV per can.

Scott first announced the seltzer in an Instagram post back in December. "AHHHHH Mannnn.!!! Don't know where to start remember me and the gang use to sneak my pops drinks out the back of the crib. I Remember my first night pure rage with the squad!! Starting a fire in the woods banging music loud to the sun rise. Now I'm able to produce the FIRST of its kind @cacti the one and only Agave seltzer," he wrote in the caption. "Been working on this for a minute and now able to get this out can't waitttt to take this journey with the gang."

Gabrielle Union, 48, Just Showed Off Her Toned Abs And Butt From Every Angle In A Cut-Out Swimsuit
Entertainment