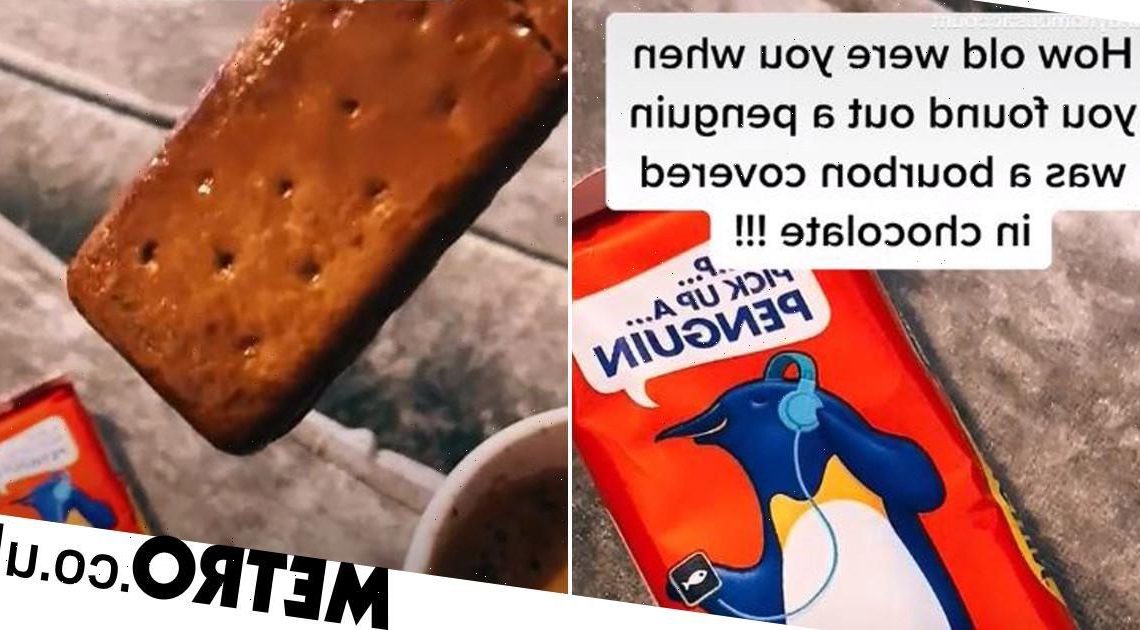 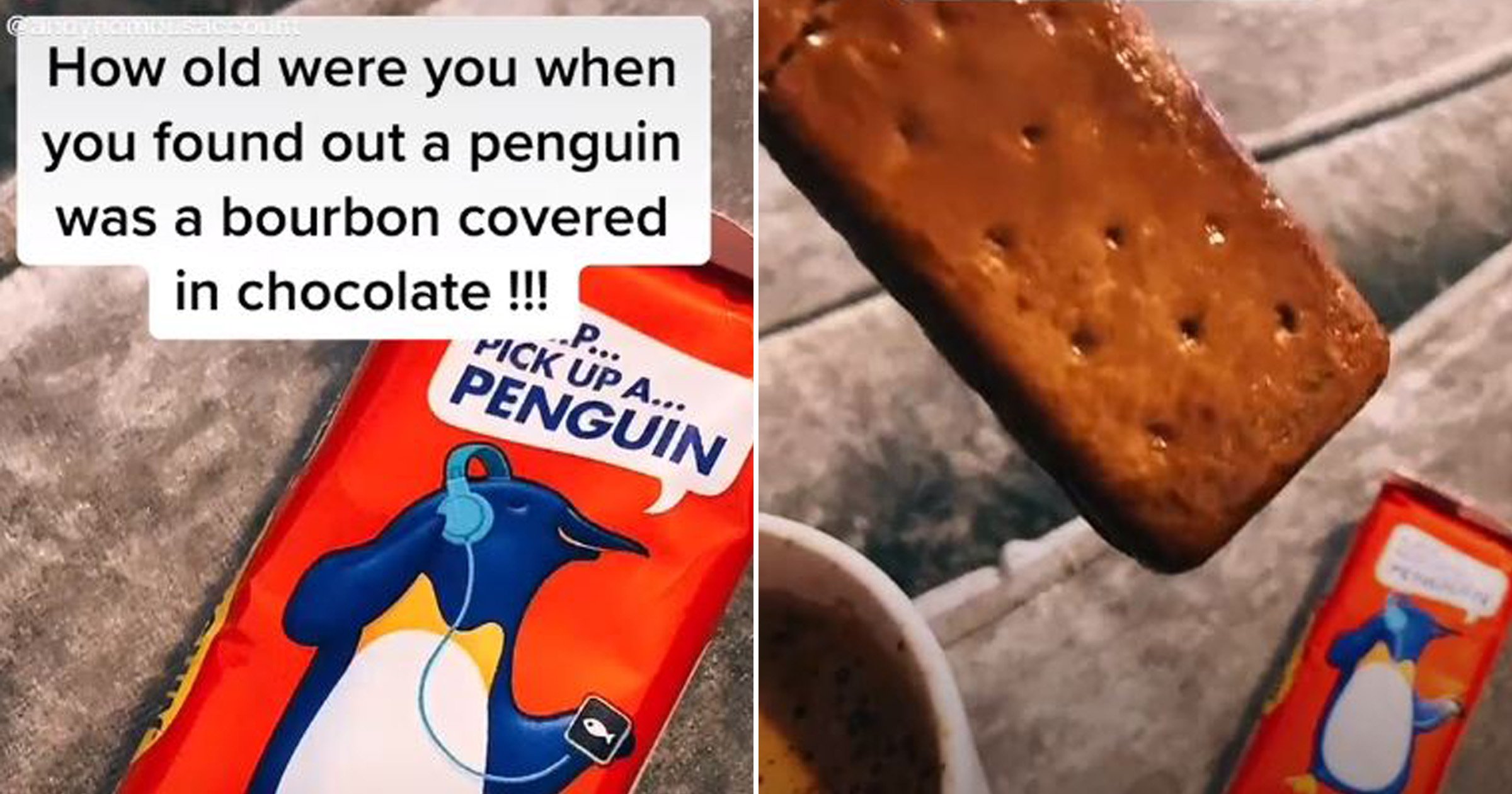 TikTok has brought us all sort of revelations.

From making your eyes look bigger with concealer, to getting sweat stains out of white clothing.

And while so many of these things seem obvious, we often have no idea until someone points it out.

That’s what happened with one video showing something about Penguin biscuits.

TikTok user Jake, who posts as @anoynomousaccount, showed how the sweet treats are actually just Bourbon biscuits dipped in chocolate.

Created way back in 1910, the Bourbon is described as a sandwich biscuit consisting of two thin rectangular dark chocolate-flavoured biscuits with a chocolate buttercream filling.

The Penguin, made my McVities, was first made over 20 years later in 1932 and is described as milk chocolate–covered biscuit bars filled with chocolate cream.

Melting the coating off the Penguin, Jake reveals the chocolate biscuit with creamy filling inside, just like the Bourbon.

He said: ‘How old were you when you found out a Penguin is a Bourbon covered in chocolate?’

The video has now had over 1.3m views and people were surprised they’d never realised.

One said: ‘My brain can’t process this new information.’

Another added: ‘The way my face dropped when I read that.’

‘Mind blown,’ someone else wrote.

Many people in the comments even questioned their own tastes, saying they enjoyed eating one but not the other.

‘Wait but I hate bourbons but love penguins?’ One woman said.

‘Funny because I love bourbons and hate penguins,’ another said.

Some said they thought the biscuit inside was much crunchier than most Bourbons, which is why some prefer one over the other.