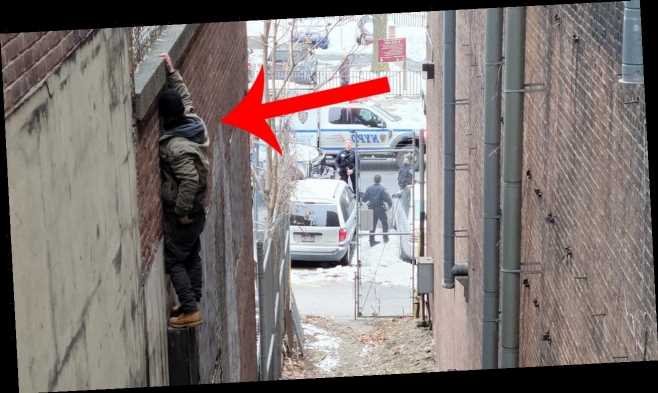 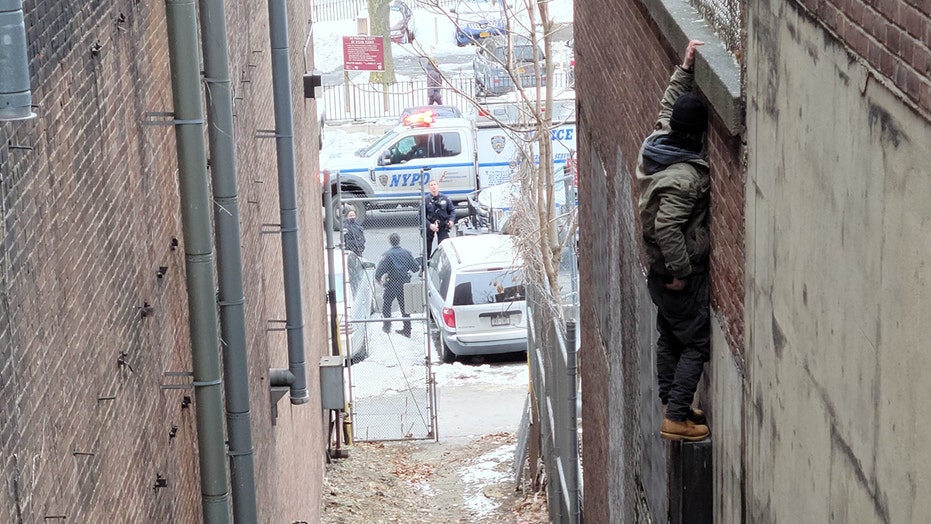 How to Make a Perfect Ice Cream Sandwich

Cool down with a homemade ice cream sandwich!

I scream, you scream, we all scream when we’re dangling precariously from a building.

A robbery suspect in New York City was left clinging to the side of a building in East Harlem after allegedly stealing eight pints of Häagen-Dazs ice cream and then trying to flee from cops with his ill-gotten goods.

Police with NYC’s 23rd Precinct shared news of the incident on Tuesday, along with a photo of the suspect resting on a small ledge high above the alleyway. 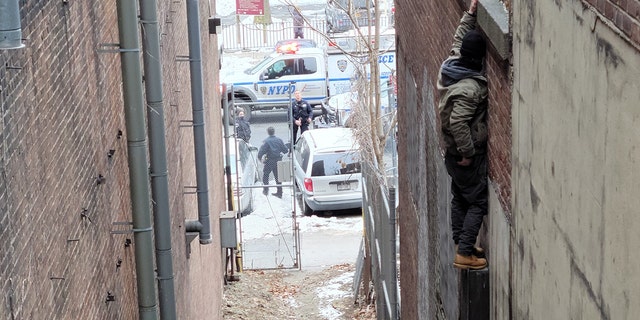 A robbery suspect in New York City was left clinging to the side of a building in East Harlem after allegedly stealing eight pints of Häagen-Dazs ice cream and then trying to flee from cops with his ill-gotten goods.
(NYPD 23rd Precinct/Twitter)

“After stealing 8 pints of Häagen-Dazs from a local business, this man’s getaway didn’t go as planned,” police wrote on Twitter. “We found him, rescued him & brought a safe conclusion to this precarious icecapade in #EastHarlem.”

The suspect, identified as 30-year-old Anthony L. Pastore of Staten Island, had allegedly stolen the ice cream from a nearby CVS at around 10 a.m. on Tuesday, according to police.

“When the officers arrived, they observed an individual matching the description who then ran into a courtyard at 98 Street and Lexington Avenue. The individual climbed over a fence that lead to a long drop to an alleyway below and tried to get down but got stuck on a small ledge,” NYPD Detective Annette Shelton confirmed in a statement shared with Fox News.

Police were later able to rescue the man with the help of the NYPD  Emergency Services Unit, who assisted in cutting away part of the fence and placing a harness around the suspect. 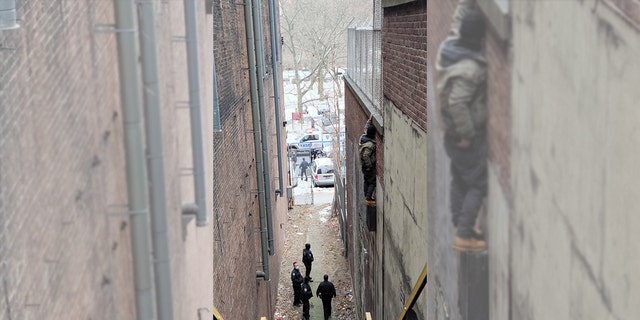 With the help of the NYPD Special Ops unit, police were able to safely rescue the suspect.
(NYPD 23rd Precinct/Twitter)

When officers searched the suspect’s backpack, they actually found 10 cartons of Häagen-Dazs, and not eight, as previously reported, according to the statement.

Pastore has since been charged with petit larceny and criminal possession of stolen property.

#CancelDisneyPlus trends after Gina Carano fired from ‘The Mandalorian’
Entertainment