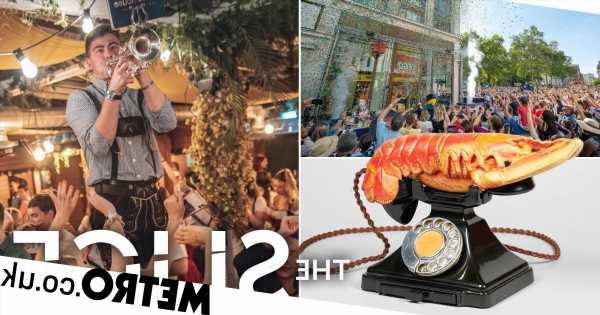 These are the best events happening in London this week 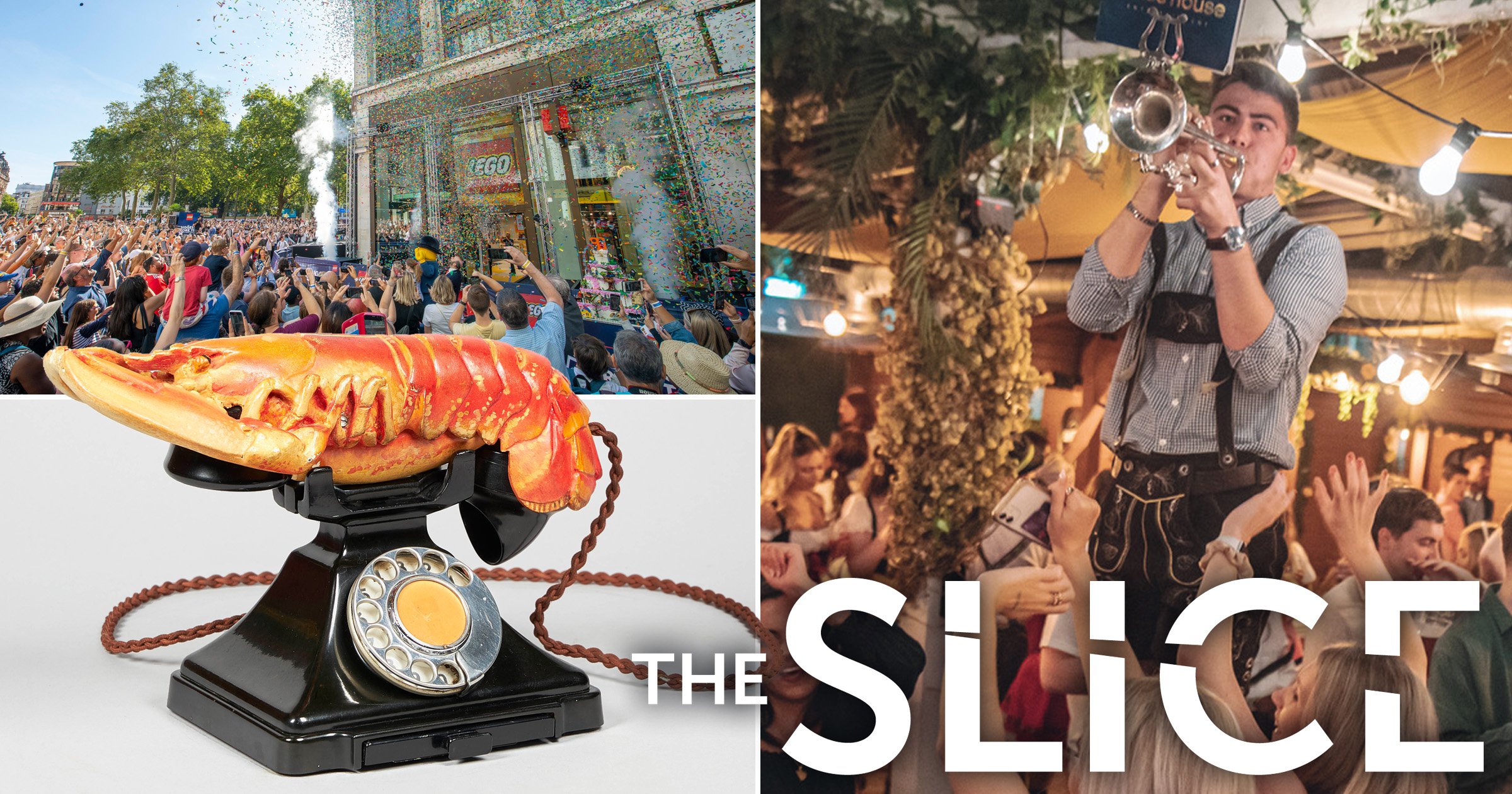 If it’s late September, it must be time for…Oktoberfest, that German festival of drinking which has somehow become popular in our own fair city.

And while we’ll be forging cultural relationships over huge steins of beer in Paddington and the Southbank, we’ll also be getting our Latin on in Bethnal Green at Havana Nights.

Plus, because we also love a bit of culture, we’ll also be checking out Lucien Freud at the National Gallery and surrealism at the Design Museum – oh and Lego for grown-ups! It’s called a balanced diet don’t cha know!

It’s back! The coolest music festival in central London with performances by new talent, workshops, industry events where you might even make some connections if you’re looking to get a career in the music biz, the works.

All at the Roundhouse, just up the road from ‘music central’, Camden. It’s in partnership with Vice, so you know the coolness is through the circular roof – and for the first time, because of the cost of living crisis, tickets for anyone under the age of 30 are just one golden coin. Yes, £1!

Expect the likes of Talia Goddess, Loshh, Shakira Alleyne and BBC Introducing X Deaf Rave. There’s even a special floor to enhance the experience for those who are deaf or hard of hearing.

Pergola Paddington – yes, you’ve seen us there before – is changing the whole Oktoberfest thing up by celebrating in… October – with the return of Wunderbar! We know! It’s usually September. Really, it is! We don’t care.

All we care about is that London’s largest al fresco drinking and dining destination will magically become a Munich-style beer hall with lashings of German beers, Bavarian food and no doubt quite a few people in lederhosen, which is leather shorts in anyone’s language, and those dirndl outfits. And no doubt it will all be washed down with a bit of hands, knees and boompsedaisy. Which we’re all over.

They’re putting the fancy into Oktoberfest down at KERB at The Understudy, the surprisingly quirky and cool National Theatre bar, which has just undergone a pretty thorough refurb (though we always quite liked the student union-y feel so we hope they’ve not dispensed with that).

The twist is that this Oktoberfest is showcasing a line-up of Gipsy Hill beers and guest ales with spirits (that’s not very Oktoberfest!) from East London Liquor Co, and wine from the best independents. And they’re promising that a KERB stein – and they are fairly big! – will be just £10. *squeezes into lederhosen, looks in mirror, turns round, likes view*

Come to a land down under

What would you say if we told you we were going to give you the opportunity to win a luxurious trip to Australia, with a stay in either Sydney or Melbourne, a whole raft of cultural things to do while you’re there and a trip to Scotchman Hill vineyard (with lunch!) thrown in? Oh, and did we mention a hamper of Australian Made products from Random Harvest? You’d say ‘yes’, wouldn’t you? Maybe ‘yes, please’. Maybe even ‘hooray!!’.

Well, that’s what we’re offering you, and it’s all thanks to UK/Australia Season 2021-22. So, with return flights up to a value of £5,000 care of Freedom Destinations, you get theatre, museums, and tickets to the Sydney Dance Company all thrown in for good measure. In short, this really is the trip of a lifetime!  All you need to do is enter the competition.

For a chance to win this fabulous prize, apply online here.

If you haven’t been to the upgraded Design Museum in the old Commonwealth building in Kensington, then let’s just say it’s high time (and it has a great restaurant and cafe!). And what better time to rectify that whole situation (we’re so embarrassed for you!) than with their all-new surrealism exhibition, Objects of Desire.

This being the Design Museum, that surrealism is *checks notes* design-oriented, so not paintings and what-have-yous but items like Salvador Dali’s lobster telephone (the telephone will be as strange as the lobster to younger visitors), as well as works by Man Ray, Lee Miller, Dior, even Bjork! Fun, weird, bizarre… surreal.

He’s probably the most important British painter of modern times (okay, there’s Hockney and Bacon, but we’re not here to argue) and the National Gallery has decided now is the moment to host the first major exhibition of his work in the last decade.

It brings together works from over 70 years, so you’ll be able to track the progress from those early works to some of the most valuable paintings in the world, most of them very easy to appreciate portraits of the people in his life (we once sat next to him in a restaurant but that’s a story for another time).

And if you go on a Friday night, you get to choose how much you pay.

As the nights draw in, what better way to warm up than with a night in Havana? Well, Havana the Bethnal Green version, sorry. And booze? It’s what’s going on down at what may well be London’s sexiest hotel, Mama Shelter, where Latin sounds and exotic flavours are promised. Oh, and booze!

It’s a two-month pop-up, and cocktails – where the majority of those exotic flavours will be contained – will set you back just £7 a go, while the Latin beats with bongos and everything come courtesy of DJ Albs. And there couldn’t be a better place for this kind of thing to go down: expect quirky design, a buzzy atmos and obviously some of the coolest people. Including us!

Lego for adults? What, you mean Lego wasn’t for adults anyway? News to us.

Anyways, to make the whole thing official, the Lego Store in Leicester Square is throwing a night-time masterclass in collaboration with Bafta, which is the British Academy of Film and Television Arts to you, which means a focus on – guess what! – film and TV.

Basically, it’s a behind-the-scenes event with award-winning costume designer PC Williams, which aims to inspire anyone who goes and helps them relax and unwind. And not only that, you can exchange the price you paid for your ticket for Lego vouchers to spend in store, a goody bag and Lego builds to take home!

I'm a savvy shopper, I found the perfect winter pyjamas from Primark for just £13 & now everyone's going wild for them | The Sun
Entertainment