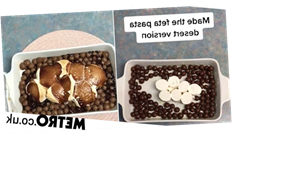 Foodies won’t have missed the viral oven-baked feta pasta recipe that has been all over social media for the past few weeks.

Now, an Australian food-fan has created the dessert version – using chocolates and sweets instead of vegetables pasta and cheese.

Our mouths are already watering.

Andy shared the TikTok video which showed exactly how to make the dessert, and it blew up, receiving more than one million views overnight.

And, if you want to try it yourself, you’ll only need four ingredients – Maltesers, marshmallows, chocolate syrup and popcorn. It couldn’t be simpler.

So, first, you pour a packet of Maltesers into a greased baking dish with a handful of giant marshmallows in the middle. 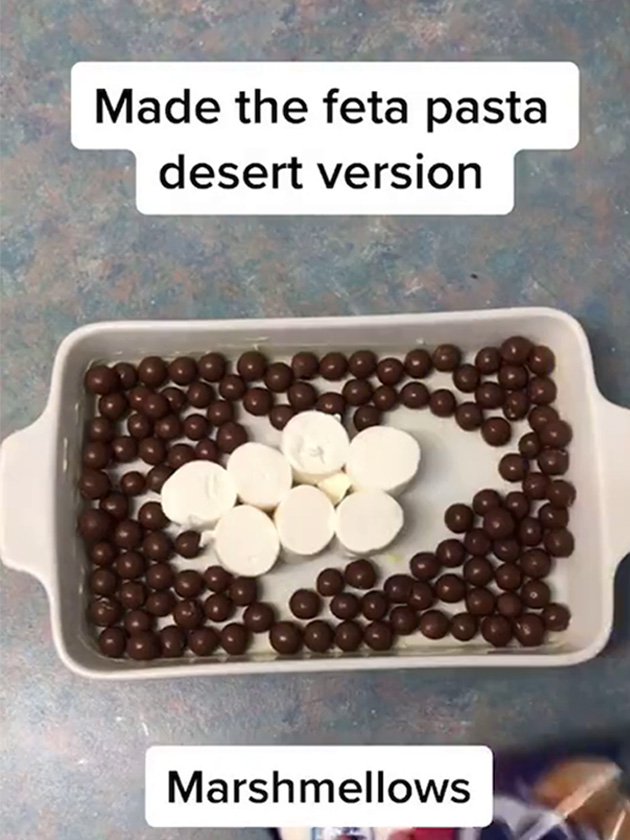 Then drizzle a serious amount of chocolate sauce on top and whack the dish in the oven to bake at 200 degrees Celsius.

Once the chocolate starts to melt and the marshmallows are bubbling, take the dish out of the oven and add a bowl of popcorn.

Then all you have to do is stir it together to create the ultimate dessert – and your dentist’s worst nightmare.

Andy ate the decadent pud while it was warm from the oven with a spoon, but the sweet mixture can be left to set to create chunky chocolate blocks – which would also be delicious.

After posting the new recipe on TikTok, thousands of chocoholics commented and tagged their friends under the video.

‘Perfect for movie nights,’ one person wrote, another added: ‘So yum! Will definitely be trying this recipe.’

Others had suggestions for how they would adapt the recipe to make their perfect dessert.

‘Would have been better with biscuits or brownie bits instead of popcorn,’ said one.

Another suggested that strawberries would be a fresh alternative to popcorn in the pud.

So if you’re looking for a sweet treat to celebrate the weekend – you’ve found it.

Do you have a foodie story to share? We want to hear from you.

For Two Cloggers, 20 Years to Get in Step and Get Married
Entertainment