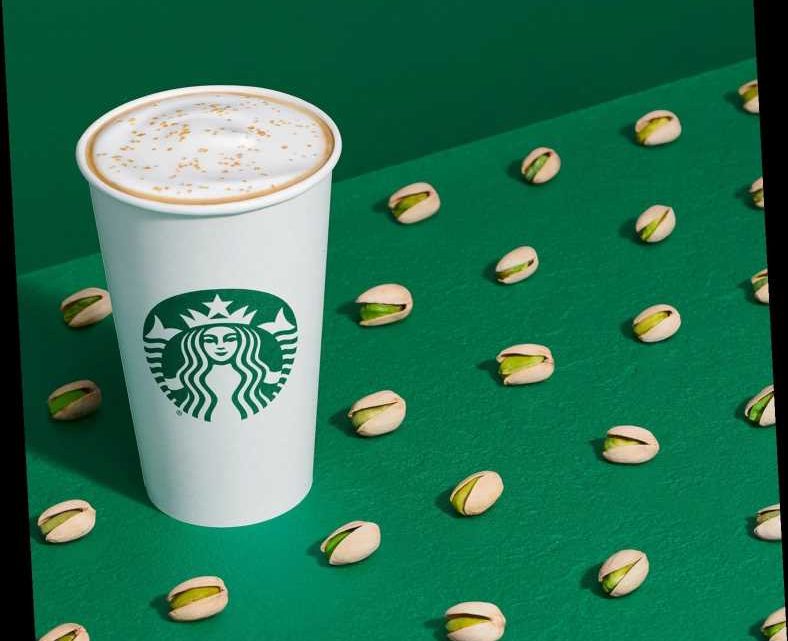 Gingerbread and peppermint season is officially over, and for Starbucks, that means introducing a fresh new beverage to start the year.

The coffee chain unveiled its new winter menu and one drink particularly caught our eye — the Pistachio Latte. The brew is said to feature sweet, nutty pistachio notes and is blended with Starbucks' signature espresso and steamed milk, and topped with a creamy, brown butter froth.

The new drink was inspired by a similar pistachio latte that was tested at Starbucks Reserve Roastery locations in New York, Chicago, and Seattle in 2019. It is now currently available at Starbucks locations nationwide.

Along with the new latte, Starbucks is also expanding its dairy-free menu with the Honey Almond Milk Cold Brew. The drink is made from Starbucks signature cold brew that has been slow-steeped and slightly sweetened with a touch of honey and topped with creamy almond milk. Starbucks isn't the only coffee-chain starting the new year with buzz-worthy beverages. Dunkin' just added "Extra-Charged Coffee" to its menu and it has 20% more caffeine than their average cup of joe. But instead of being made with an extra shot of espresso, green coffee extract has been added for the boost.

Available hot or iced, the "Extra-Charged Coffee" is now available at participating Dunkin' locations for only $2 through January 26, 2021.

Starbucks Has Converted to Strawless Lids for Iced Beverages Nationwide Dunkin' Midnight is a permanent addition and the chain's darkest roast to date. Featuring a smooth, full-bodied flavor, the blend finishes with hints of cocoa.

The Explorer Batch is part of Dunkin's new Limited Batch Series. The first installment features a medium roast with robust notes of dark berries and a smoky finish. The batch includes coffee beans from Colombia, Ethiopia, Guatemala and Sumatra and will only be available for a limited time — more unique blends will be introduced throughout the year.

Serena Williams’ Daughter, 3, Looks On In Awe As Popcorn Machine Makes Her A Snack — Pics