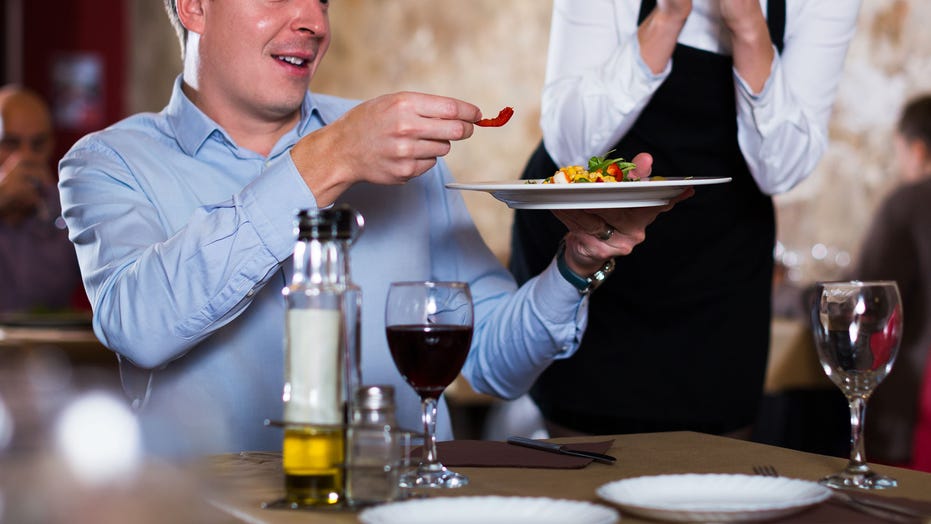 Well, this is just awful.

Two customers reportedly claimed to find a hair in their food after eating a restaurant in the United Kingdom, although the establishment’s security cameras apparently told a different story.

The customers were reportedly eating Jaan’s BBQ Kitchen Restaurant and Grill in Blackburn last month when they claimed the find, The New York Post reports. But when one of the men told his waitress about the hair, she reportedly went straight to the restaurant’s security cameras.

The footage reportedly shows the man reach into his shorts, pull something out and then put it on his food.

“They came in early on a Thursday afternoon last month. They were one of our first customers as we normally open around 1 p.m.," a manager at the restaurant explained to the Lancashire Telegraph, "They first asked about the half-price offer, which we said was on Wednesday. They ordered the Jaan’s Mega Platter, which costs 55 pounds. I remember thinking at the time this is certainly too big a meal for just two people, and I even mentioned this to them.”

The two men didn’t seem to have any issues until the bill came, at which point they pointed out the hair, according to reports.

After reviewing the footage, the manager says he argued with the two men for about 10 minutes. Eventually, they forked over about 20 pounds (about $26). The total bill had come to 67 pounds (around $88).

“It has not been an easy time for businesses and this was shocking,” the manager continued. “If we didn’t check the camera that day, then there was no way of finding out the truth.”

Local police had also been notified but reportedly stated that the incident was a civil matter.