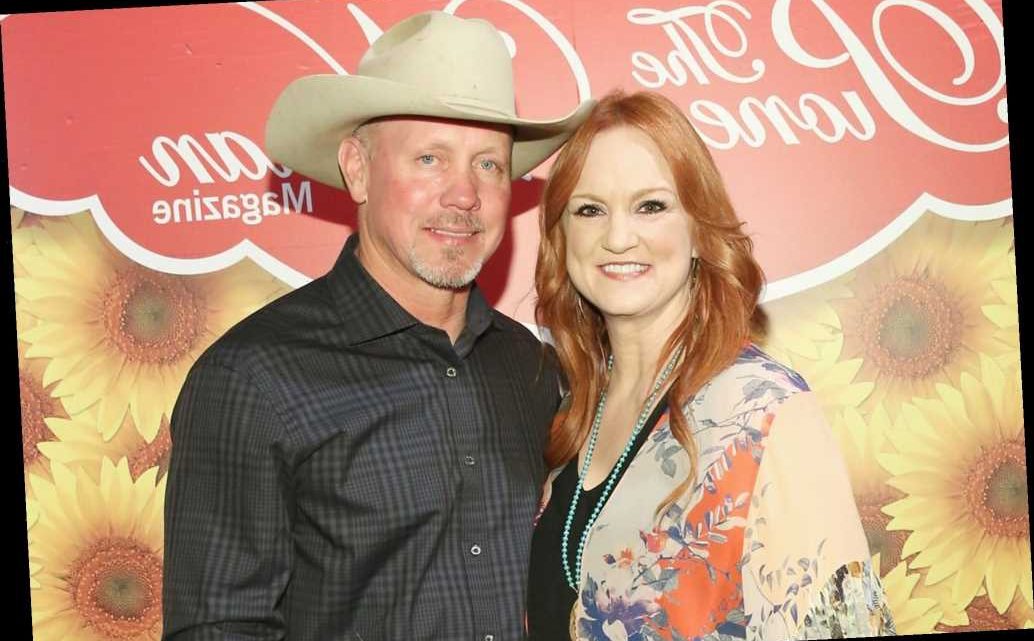 Ree Drummond's husband, Ladd, had a much more serious injury than originally thought following a truck collision with his nephew, Caleb, near the family's farm in Osage County, Oklahoma on Wednesday.

The Pioneer Woman star updated her fans on Monday after a tough week. Ladd and Caleb's accident occurred as they were responding to a fire, the eleventh they've had to fight on the ranch since November, according to Ree.

While Caleb was transported to the hospital via ambulance, Ladd felt well enough to drive himself, though he was a little stiff. "He called me on his way and tried to explain what happened, at which time I promptly lost all feeling in my knees before running out the door and heading to town," Ree explained. Once at the hospital, Ladd was told he broke his neck in two places. "Evidently one of the two fractures was very close to being catastrophic," Ree said in the update. Ladd underwent surgery in Tulsa where a few rods and "other hardware" were used to stabilize the severe fracture. "He will have to wear a neck brace for several weeks to let the other fracture heal, and the girls and I will bling out the brace for Alex's wedding…but we are just grateful he will be here for Alex's wedding," Ree said. (Alex and her fiancé Mauricio Scott are getting married on May 1.)

Ladd has since been discharged from the hospital.

Caleb, 21, suffered a few broken ribs and a severe concussion — but has also since been discharged and is expected to make a full recovery.

"Rather than wish the accident didn't happen, I'm gonna live in a state of gratitude—not just for the guys being okay, but also for the love, kindness, and prayers of so many of you," Ree said. "Thank you all so very much for reaching out to our family and for keeping us in your hearts through the past several days. I can't tell you how much it means to all of us, and I'll never, ever forget it!"

Ree also shared images on her blog that show the damage to the trucks the men were driving. "For both Caleb and Ladd to be okay—injured, yes, but fixable—after seeing the condition of their trucks makes me not want to spend one second complaining," she said.

According to a report from the Oklahoma Highway Patrol obtained by PEOPLE, the accident took place around 1:43 p.m. on Wednesday about eight miles west of Pawhuska.

Ladd and Caleb were each driving a Himmat Fire Truck on County Road N3660. Caleb was driving southbound, while The Pioneer Woman star's husband was driving northbound. The trucks hit one another "head-on" due to "high winds on a gravel road" that caused visibility to be decreased, according to the report. Related: Ree Drummond's Nephew Critically Injured in Crash with Her Husband as They Battle Blaze on Family Ranch

Neither Ladd or Caleb were wearing a seatbelt, the report said, and Caleb "was ejected approximately 70 feet from point of rest."

Caleb and Ladd had been responding to one of many fires that have been burning through thousands of acres of land in northeast Oklahoma Wednesday, news station FOX23 reported.

The flames had reportedly been encroaching on the Drummond family farm.

Gabrielle Union, 48, Just Showed Off Her Toned Abs And Butt From Every Angle In A Cut-Out Swimsuit