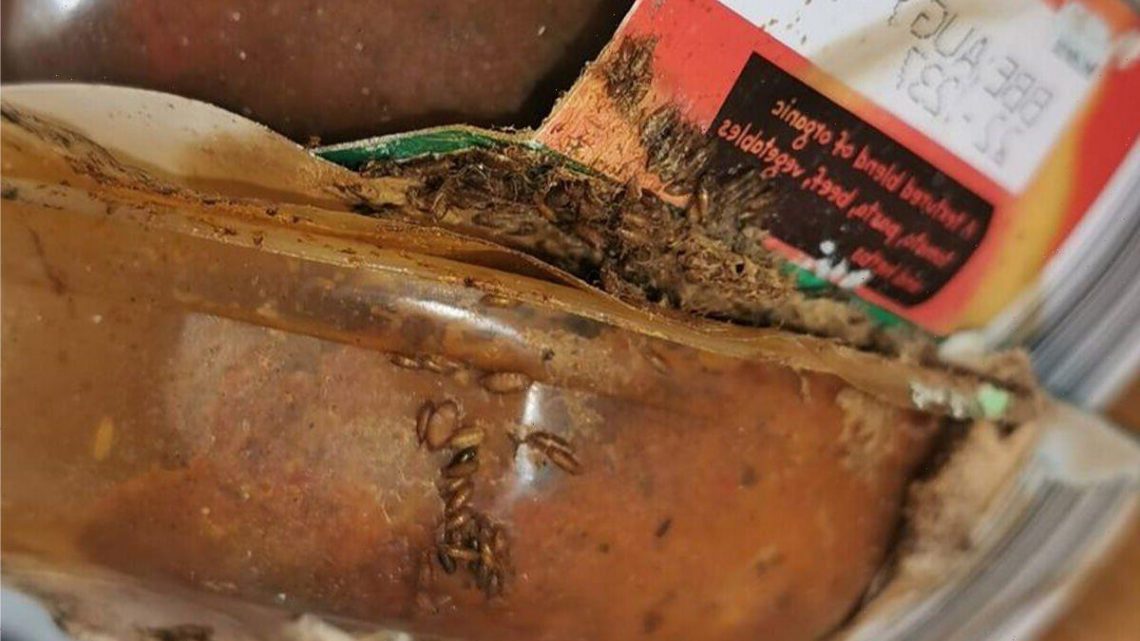 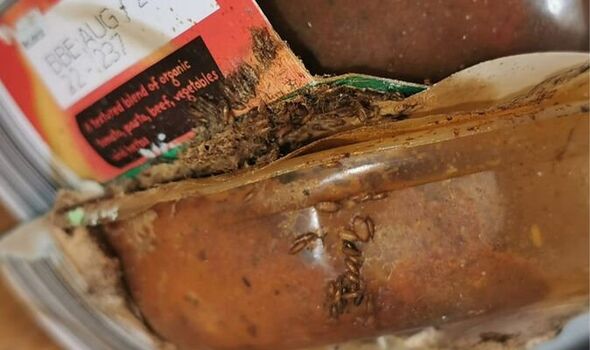 A mum has shared her “shock” after recently purchasing a ready meal she bought for her 23-month-old son, claiming that it was “infested with bugs” – some of which she believes “were still living”.

Hannah Johnson said she had returned home from the Aldi store in Holmes Chapel, Cheshire, on Sunday, October 9, and was unpacking her shopping when she noticed something amiss.

The 31-year-old told CheshireLive the unidentified insects had taken hold between two pots of Mamia organic bolognese pasta bake for toddlers aged 12 months and over.

She also claimed the bugs had spilt out over the rest of her big shop – much of which she had to throw away – while some of the survivors crawled across her kitchen table. She says she immediately contacted Aldi to complain, which has since offered her a refund for her shop, and also reported the matter to Cheshire East Council, which has confirmed it is now investigating.

“It was a massive shock,” said Hannah, who had bought the 85p meals for her son Louie. ” I was just in a bit of a rush, and I picked three or four of them up and put them in the trolley.”

At the till, Hannah noticed some bugs – which she described as being “small, brown” and “wasp-like” – on a steak she had picked up. She says she left it with the check-out worker.

“As I was unpacking these ready-meals on the side, I noticed some living ones fall off and start crawling across my table. They were all over other my shopping in the bag, so I had to throw loads out and deep clean the house and myself.

“It wasn’t a nice day. I didn’t want to eat anything after that,” she added.

Hannah continued: “I tried to ring the store because my main concern was that it was a baby product, and if you are rushing you don’t notice things, especially if you’ve got your little one with you. I was worried that someone might not notice, like I hadn’t at first, and God forbid that a child eats it. That call went through to their main customer service line. The person I spoke to was lovely, very apologetic and friendly, but that was the resolution, a five-pound voucher.”

However, on Tuesday (October 11), Aldi offered Hannah £40 in vouchers to cover the cost of her shopping. Hannah says she cannot quite identify the insects she found in the pots.

“I’ve tried to figure it out, but I’m not sure if they’re from the UK or not,” she said. “Some look like larvae, some look like woodlice, and I think it’s more than one species.

“Some had turned into flies. A lot of them were dead, but some were still living. It was really strange.”

An Aldi spokesperson said: “Although very rare, incidents like this can occasionally occur if packaging is damaged at any point before the product is consumed.

“We have apologised to Ms Johnson for her experience and have offered her a full refund.”

A Cheshire East Council spokesperson said: “We can confirm that we have received a complaint from a member of the public and we have visited the store in question and spoken with the customer. We are investigating in conjunction with the primary authority for the store and, therefore, cannot make any further comment.”