Home » Food & Drink » McDonald’s menu: The SIX mega changes coming to a store near you – including the double Bi 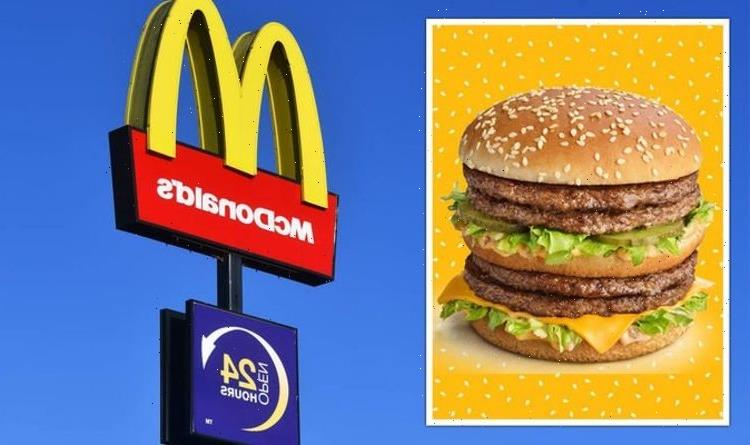 McDonald’s menu: The SIX mega changes coming to a store near you – including the double Bi

Big changes are coming soon to a drive-thru near you. McDonald’s has changed its menu for the Winter season. What is the full list of changes, and how much will the double Big Mac cost?

McDonald’s has announced huge changes to its UK menu, and customers will notice new items in stores next week.

Next Wednesday, October 13, 2021, six new items including the return of the double Big Mac will be added to the McDonald’s menu.

However, six limited-edition items, including mozzarella dippers, will be taken off the menu until further notice.

So, what is the full list of menu changes coming to McDonald’s in the UK?

Have you ever got to the end of your Big Mac, and thought to yourself ‘I wish I had another one’? Well, McDonald’s has made your dreams come true, in the form of the return of the double Big Mac.

Bigger isn’t always better, but in the case of the Big Mac, it certainly is.

Customers can now choose to double up their Big Mac, meaning they can get a Big Mac sandwich containing four beef patties!

This is the double Big Mac’s return to the menu after being taken off at the end of 2020.

The double Big Mac isn’t the only new addition to the menu.

Nacho cheese wedges will be available from next week, costing £1.89.

However, in order to create space on the menu, McDonald’s is saying ‘Bye for now’ to six further items in a seasonal shake-up.

Maccies regulars have until next week to enjoy some of their favourite items.

The Big Tasty burger – with Emmental cheese and the signature Big Tasty sauce – will be taken off the menu from next week.

Limited edition item mozzarella dippers will also be taken off the menu.

Here’s the full list of what’s out, and what’s in:

I can't stop sleeping with my best friend, but I know we can't be together

After Walking the Runway at 76, Helen Mirren Pulled off a Very Blair Waldorf Look in Paris
Entertainment