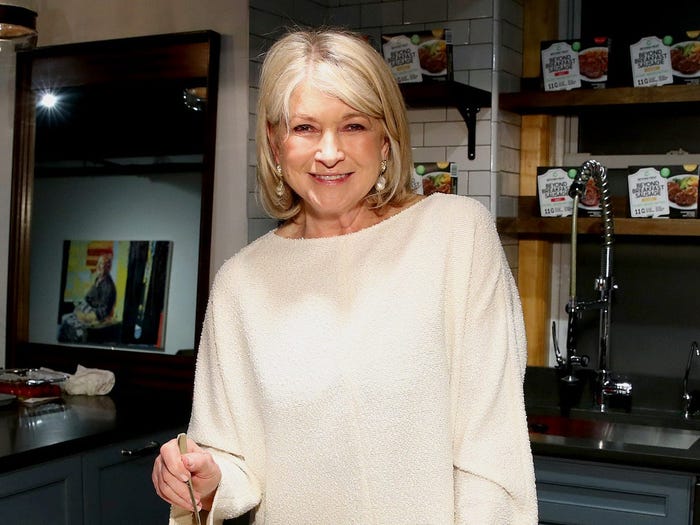 Martha Stewart is the ultimate lifestyle guru. She's known for her culinary prowess, and she even became a billionaire in a single day when her company, Martha Stewart Living Omnimedia, went public in 1999.

Not only does the home cooking icon have an endless backlog of recipes for amateur cooks to make, but she's proved she knows her way around leftovers as well with her turkey Monte Cristo recipe.

Typically, a Monte Cristo is made with ham and cheese. This recipe allows you to make use of any leftover roast turkey and cranberry sauce you have taking up space in your refrigerator after last night's Thanksgiving dinner.

In addition to the leftovers, the recipe calls for bread, butter, eggs, white pepper, whole milk, and cheddar cheese.

The cheese and egg-dipped bread sets this sandwich apart from other typical Thanksgiving leftover lunches — even the iconic "Friends" moistmaker.

While it's not a new recipe — Stewart released it in 2014, and reshared it following this year's holiday — it appears to be a hit with her fans with many commenting on the Instagram post that they plan to make the sandwich this weekend.

Stewart has another grown-up grilled cheese recipe (which beat out Ina Garten's in a taste test) that can be adapted to include more of your holiday leftovers.

The grilled cheese recipe calls for jam or mustard, fruit or bacon, cheese, and leaves room for other mix-ins to be included as well. It was easy to make, in my experience, and has variations that should please anyone.

If you want to give it the leftover treatment, you can use cranberry sauce instead of jam. Thinly sliced, crispy potatoes would add some crunch along with torn pieces of turkey. Have saucy greens leftover? Throw those between the bread with a complimentary cheese as well. If you have any greens in a tomato sauce, my advice is to try adding some mozzarella or provolone for a heavenly combination.

Wayfair Black Friday 2020: Up to 80% Off Furniture, Appliances & More
Entertainment