In this specific situation, yes, at least a little bit of clothing certainly seems essential.

A man in Wales claims he wore only underwear to a local Tesco supermarket in order to protest the country’s ban on the sale of nonessential items amid the pandemic, as seen in footage shared to social media over the weekend.

In the video, Christopher Noden, from Newport, is seen walking into the store in just his boxer briefs and a mask. Noden is then approached by a security guard who tells him he can’t enter, only for Noden and his wife, Dawn, to question why he’s required to wear clothes if clothes themselves are indeed “nonessential.”

The guard and the couple go back and forth about the ban, during which time the guard can be heard telling them to “take it up with the government.”

On Sunday, however, the Welsh government defended its decision to advise that supermarkets and department stores restrict the sale of clothing, toys, bedding and more in an effort to keep the public away from larger shopping centers.

"The position we face in Wales is really and deeply serious and for these two weeks we are asking people to stay at home and not to mix with other people as much as they can,” said First Minister Mark Drakeford in a statement shared with the BBC regarding Sunday’s announcement.

"If the rules are not sensible rules, if there are anomalies that are emerging, we will put them right, but the basic underlying public health emergency has not gone away.”

One day after the government upheld its decision, Noden appeared on “Good Morning Britain” to defend his actions after footage of his visit to Tesco went viral online.

"It felt like I was going to prove my point,” Noden said during the program, explaining that he got the idea after his wife came across an online meme that joked about clothing being a nonessential item, per Wales Online. He added that he and his wife couldn’t believe that clothing has been deemed nonessential, especially for premature babies who may need certain items.

"So I said 'Come on then, let's prove the point in Wales you can go shopping without your clothes on and there's nothing you can do about it,’” he said. 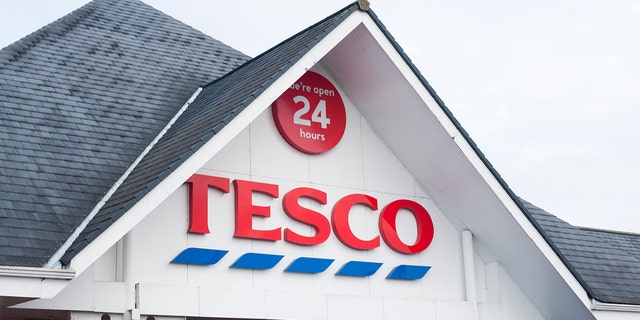 Christopher Noden, from Newport, Wales, said he and his wife were aiming to prove a point about "nonessential" items by having Christopher enter the supermarket in only his boxer briefs.
(iStock)

Noden previously told Wales Online that he left the store without incident after the footage concluded.

"It was just to let people know that it is possible to get a reaction from them and to get the point across that clothes are essential there,” he told "Good Morning Britain.”