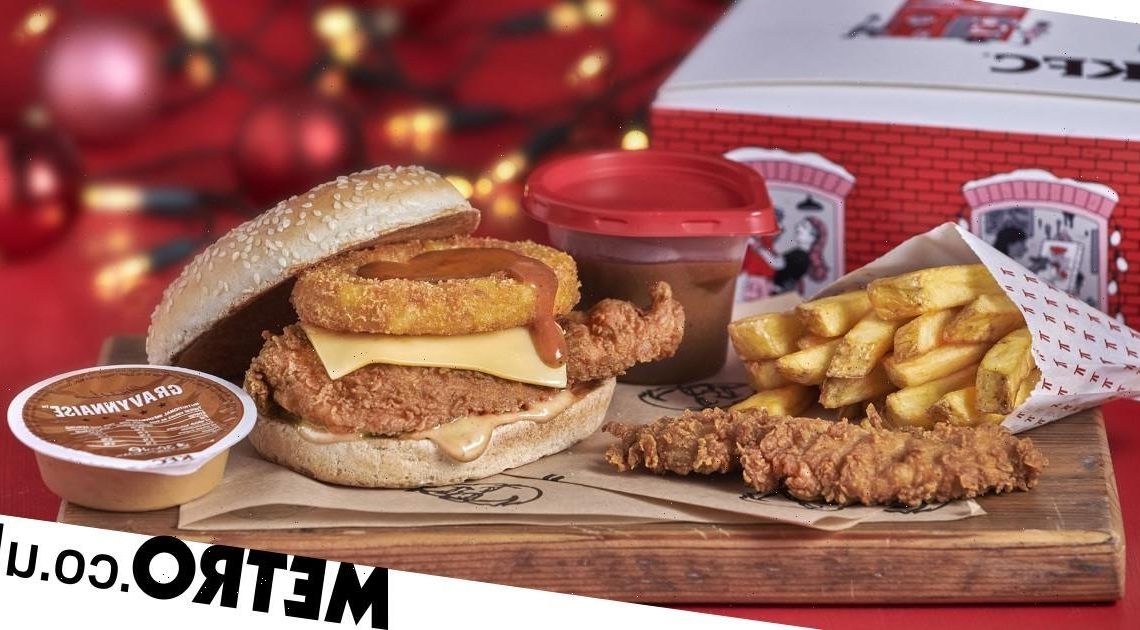 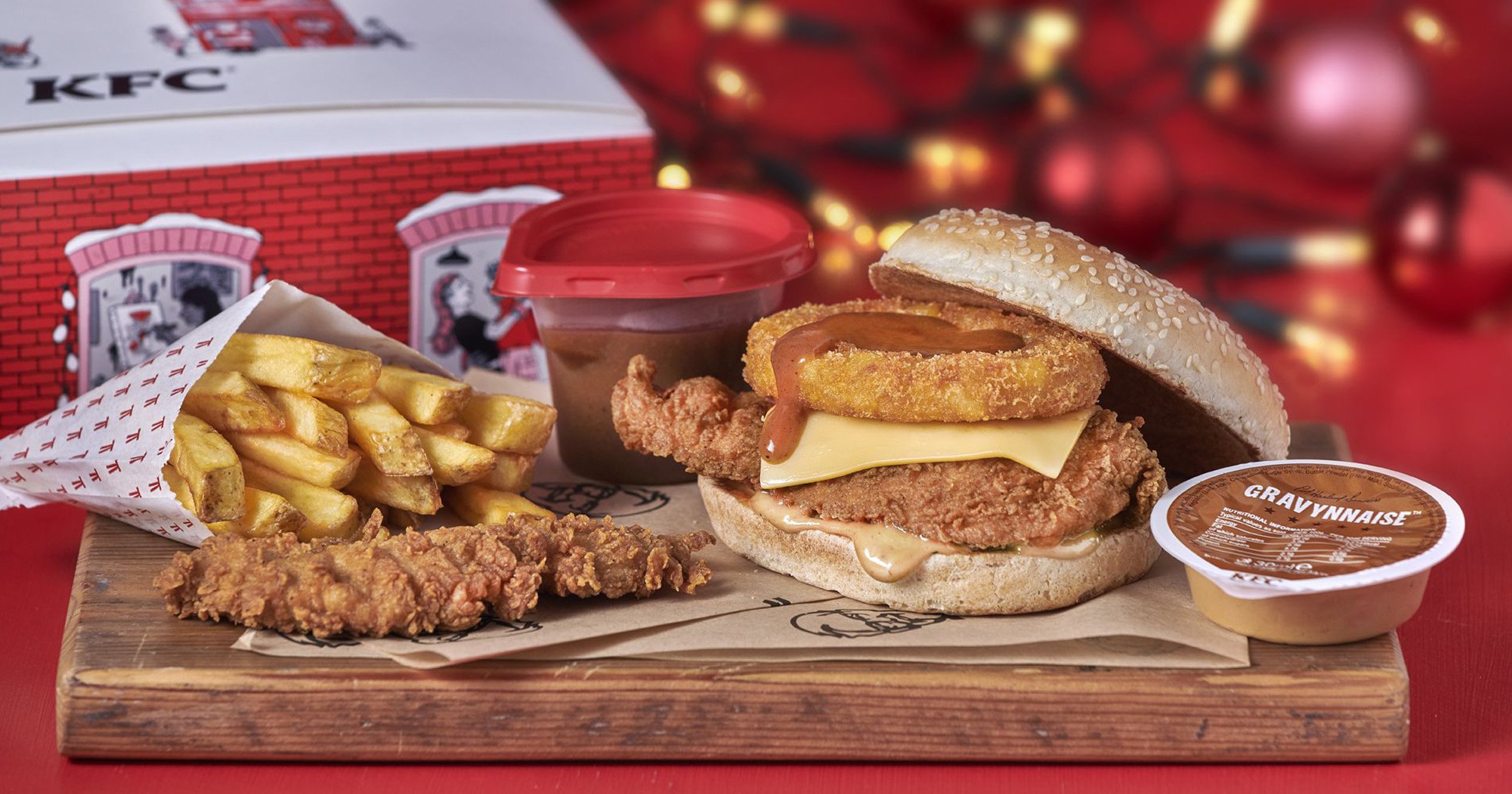 The festive season is so close we can almost taste the trimmings.

If you’re already excited about all the Christmas food to follow, it’s important to be aware of another special treat that’s making a return for this year.

KFC has announced it’s bringing back the Christmas gravy burger, which made its debut last year.

As the name suggests, the burger comes with a mini chicken fillet coated in the classic KFC spice and herb blend and melted cheese, as well as a hash brown shaped to hold gravy.

Th sauce itself comes both in classic form and as Gravynnaise – AKA gravy and mayonnaise.

Foodies will be able to get their hands on the tasty treat nationwide from Monday November 15 until January 3.

The chicken chain has also unveiled a limited-edition KFC Gravy Bib, called The Grib, designed to help ‘protect you when tucking into the Gravy Burger.’

However, this will only be available in three branches: Cardiff Queen Street, Trafford Retail Park and Leeds Merrion Centre.

The popular fast food restaurant has been upping its festive offering over recent years.

A while back it launched a Christmas Dinner Box, which featured a chicken fillet burger with a crispy hash brown, sage and onion stuffing mayo, cranberry sauce and a layer of cheese.

Customers have also previously tucked into KFC Festive Fries – sprinkled with pepper, toasted onions, garlic and herbs. Although, it doesn’t look like these are available this year.

It’s worth pointing out that McDonald’s has also launched its festive menu for 2021 – which features heavy hitters such as the Festive Stack and the Festive Crispy Chicken burgers.

A Celebrations McFlurry also appears on the Christmassy menu, alongside a Festive Pie – a hot crispy pastry filled with mincemeat and custard.