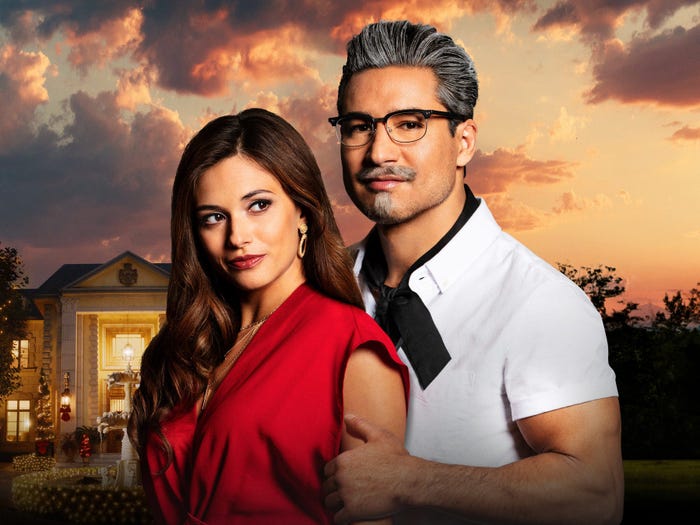 Fried chicken is about to get steamy, thanks to Lifetime.

Mario Lopez, who recently reprised his role as A.C. Slater in Peacock's "Saved by the Bell" revival, stars as a decidedly sexier incarnation of Colonel Harland Sanders, the chicken chain's founder and mascot, in "A Recipe for Seduction," a new Lifetime "mini-movie."

As a press release explains, the 15-minute movie is "full of mystery, suspense, deception, 'fowl' play and — at the heart of it all — love and fried chicken."

The trailer, which dropped today to much fanfare and some amount of bewilderment, dramatically reveals that the Colonel's character "has a secret recipe that's gonna change the world."

Confusion and disbelief ran rampant on Twitter after the trailer dropped

Some even thought it was a joke, but Lifetime confirmed to NBC that this new holiday bucket of love is, in fact, really happening.

Though this seems out-of-character for Lifetime, it's not the first time the network has tried to put something new on its movie menu.

Back in 2015, Lifetime gave us "A Deadly Adoption," the confusingly serious murder thriller starring comedians Kristen Wiig and Will Ferrell.

'A Recipe for Seduction' will air on Lifetime this weekend, and it's also being paired with a limited-time UberEats promotion

The movie will debut this Sunday at 12 p.m. Eastern on Lifetime, but viewers can watch it again via Lifetime's website and streaming apps.

Lifetime and KFC also added Uber Eats into this holiday collaboration for a special meal and movie promotion. From December 13 through 19, customers can get six free extra crispy tenders with a delivery order of $20 or more.

You can watch the trailer here: