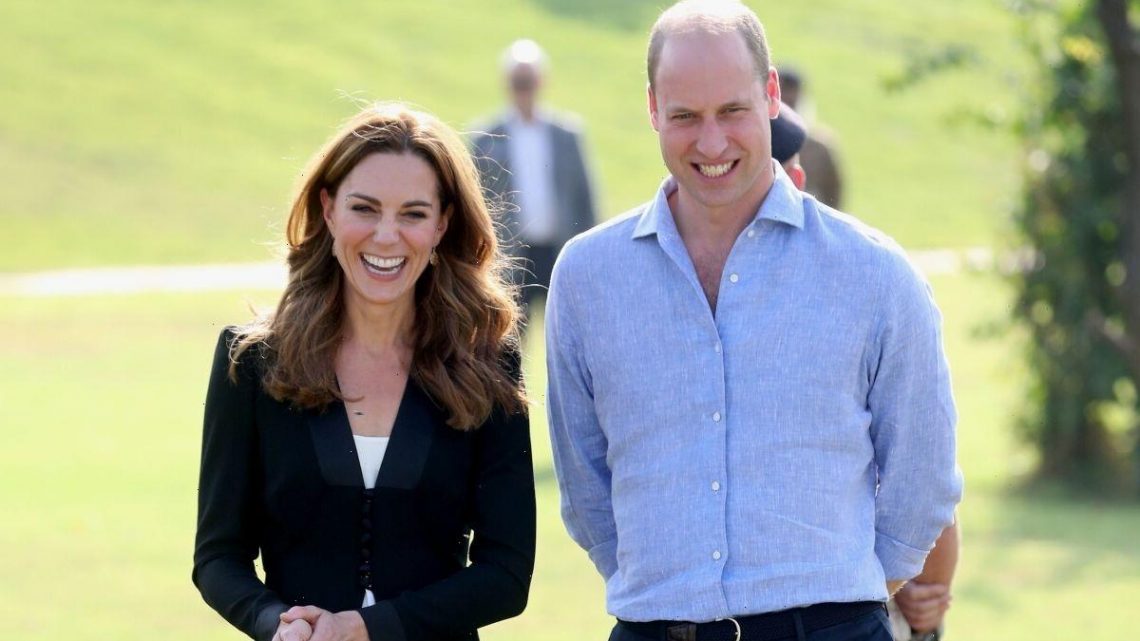 The cake slices from Prince William and Kate Middleton’s wedding have pre-auction estimates between £400 and £600, and they will come in a souvenir tin complete with a royal cypher. The new Prince and Princess of Wales were married at Westminster Abbey on April 29, 2011, with the reception being held at Buckingham Palace.

An 11-year-old slice of cake from Prince William and Kate Middleton’s wedding is due to be sold at auction.

Their spectacular cake was an eight-tier fruit cake decorated with Lambeth-piped sugar paste flowers and was made by designer Fiona Cairns, based in Fleckney, Leicestershire.

There is a royal wedding tradition of celebrating with fruit cake. The Prince and Princess followed tradition with their cake flavour, but the icing was switched up a bit. Fiona admitted there was a specific request for a softer icing, rather than royal icing, so it was made with a sugar paste base instead.

The total size of their wedding cake ended up being three feet tall, but it was certainly very wide, creating a stately display. The magnificent cake stood tall with eight tiers, weighing a whopping 220 pounds.

Bidders hoping to walk away with a piece of the dessert will have their portions dished out to them in souvenir tins, complete with a royal cypher.

Portions of the 17-year-old wedding cake from King Charles and Queen Camilla’s marriage are also to be sold at auction.

The King and Queen Consort were married on April 9, 2005, at St George’s Chapel and the reception took place in Windsor Castle’s state apartments.

Their wedding cake, a rich fruit cake, was made by Mrs Blunden, owner of the “Sophisticake” cake shop in Woodhall Spa, Lincolnshire.

The cake was decorated with white icing and adorned with delicate sugar roses, leeks, daffodils and thistles, to depict England, Scotland and Wales.

According to the Sophisticake website, just some of the ingredients needed to make the giant cake included 175kg of dried fruit, 63kg of sugar, 63kg of flour, 63kg of butter, 1080 eggs, 36 bottles of alcohol, 100kg of marzipan, and 100kg of sugar paste.

Both royal wedding cakes have pre-auction estimates of between £400 and £600.

They will go under the hammer at Keys auctioneers in Aylsham in Norfolk, as part of the three-day Fine Sale which begins on November 23.

Tim Blyth, director at Keys, said: “With the accession of a new King, and with Prince William subsequently becoming the new Prince of Wales, interest in royal memorabilia is very high at the moment, and we expect there to be brisk bidding for these two slices of history.”

It’s not unusual for the wedding cakes from royal weddings to go up for sale. In 2015, a slice of the Queen and Prince Philip’s fruit wedding cake sold for £500. At the time the cake was nearly 68 years old.

Their cake ended up being an astonishing nine-foot-tall cake back in 1947. The cake was still wrapped in its original baking parchment and had been kept in its original box by an unnamed woman from Hove, in East Sussex.

Other royal items up for sale include a Christmas card from King Charles and the late Princess Diana, signed by them both as well as the young Princes William and Harry, which has a pre-auction estimate of between £200 and £300.

There is also a photo album with pictures of the late Queen Elizabeth, Duke of Edinburgh and members of the Royal Family, mainly taken on board HM Yacht Britannia during royal visits, with a pre-auction estimate between £300 and £400.

The royal lots will go under the hammer during the first day of the three-day sale on Wednesday, November 23.