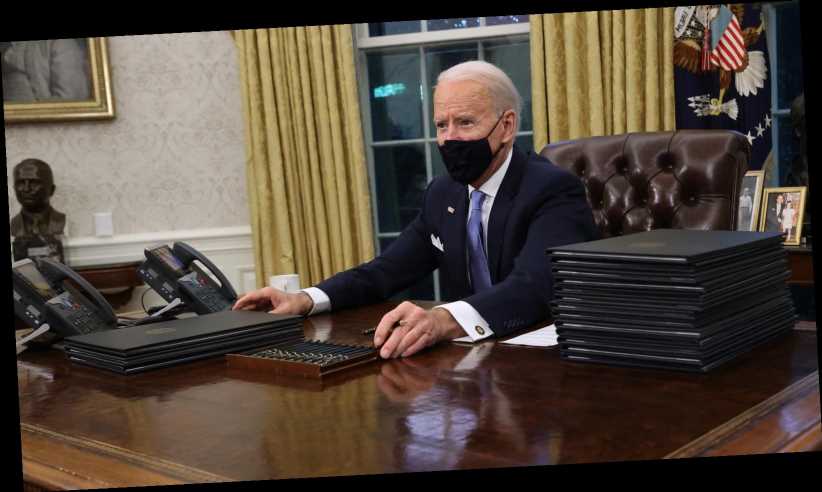 It didn’t take long for President Joe Biden to hit the ground running. Within hours after he took the oath of office to protect and defend the Constitution, he was at the Resolute desk signing executive orders, memoranda, and proclamations that sought to help course correct the country on issues ranging from the pandemic, to climate change, and to immigration reforms (via The New York Times).

But there was also one other thing the newly-minted president did that none of us spotted — except for one eagle-eyed media veteran, who promptly tweeted: “President Biden has removed the Diet Coke button. When @ShippersUnbound and I interviewed Donald Trump in 2019, we became fascinated by what the little red button did. Eventually Trump pressed it, and a butler swiftly brought in a Diet Coke on a silver platter. It’s gone now.”

In case you need a refresher, during an interview with AP in April 2017, President Donald Trump decided he really needed a Diet Coke and pressed a red button on his desk which saw a White House butler scurrying in with one glass filled with The Beverage of Choice for the leader of the free world. Photographs uploaded to Twitter show the button embedded in a wooden box next to the phones, while a recent photo of Biden in the Oval Office shows no phones and plenty of official-looking blue folders instead.

One Twitter user responded: “It’s the little things that cracked me up.” Another user said: “The first bill the dems should pass is making sure no tax dollars can ever be spent again on buttons that summon diet cokes on a silver platter….dude really thought he was a monarch…” A third took the chance to crack a joke at the soda button’s expense, and responded to the story by saying “This is soda pressing.”

Leave it to social media to ask the important questions when matters like soda buttons come up, like “… did Trump’s coke button get deactivated at midday yesterday too? Along with his other red button?”