If you’re a regular coffee drinker (and rely on the stuff to help you get off the struggle bus in the morning), you’ve probably wondered why anyone, ever would want to drink decaf.

I mean, what’s coffee without the buzz?

Of course, though, there are plenty of perfectly legit reasons to swap regular java for decaf—whether you’re pregnant or breastfeeding, are sensitive to caffeine, or have anxiety.

A girl’s gotta wonder, though: How is decaf actually made? And does it offer the same benefits as your regular cup of Joe?

“Regular and decaf coffee are natural plant foods that contains polyphenols,” says Samantha Cassetty, RD, co-author of Sugar Shock. “These antioxidants have anti-inflammatory properties, and may help lower your risk for a number of diseases, including type 2 diabetes and cancer.”

Plus, “these compounds also serve as fuel for the beneficial bugs in our gut, so consuming polyphenols in coffee, tea, and fruits, and vegetables can promote a healthy mind and body by creating a healthy gut environment,” she adds.

That said, though, decaf does come with its own pros and cons. Here’s what to consider before dialing back on the caff. 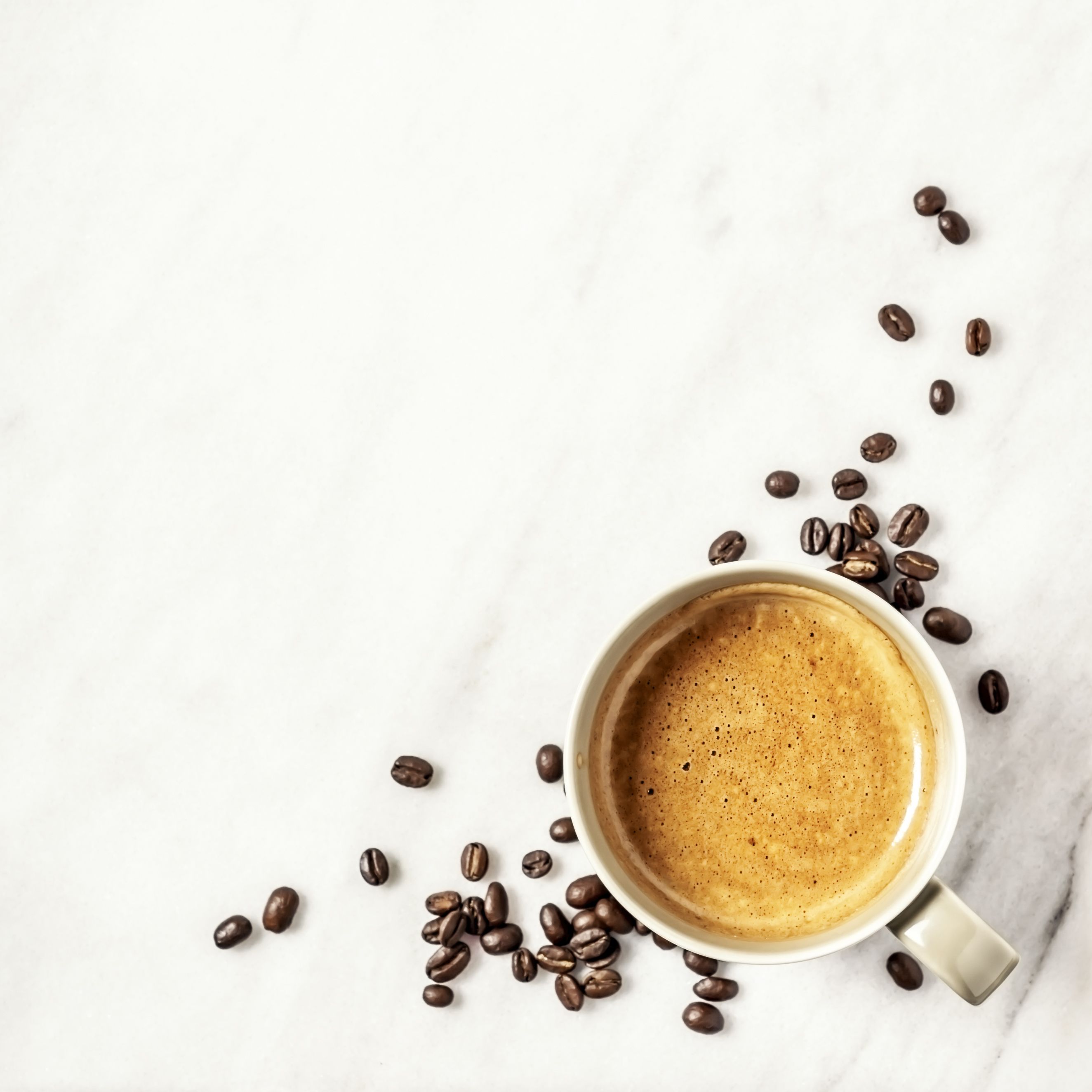 What is decaf coffee, really?

Just to make sure everyone’s clear, “decaf coffee is the same as regular coffee, but the caffeine has been removed to some degree,” says Jessica Cording, RD, dietitian and author of The Little Book of Game-Changers: 50 Healthy Habits For Managing Stress & Anxiety.

Just like with regular coffee, the caffeine levels in a cup of decaf can vary, she says. Yep, most mugs of decaf still contain some caffeine.

An eight-ounce Starbucks Pike Place decaf, for example, contains 15 milligrams of caffeine, while six ounces of Maxwell House decaf has anywhere from one to five milligrams.

Typically, though decaf contains “about three to four milligrams of caffeine per cup,” says Sonya Angelone, RD, a spokeswoman for the Academy of Nutrition and Dietetics. (Brands generally remove about 97 percent of the stuff.)

So, how is decaf coffee made, exactly?

You probably know that regular coffee is made by roasting and grinding coffee beans. The process of making decaf, though, involves an extra step or two.

According to Angelone, there are three basic ways to decaffeinate coffee:

Sketched out by those last two chemicals? According to the Food and Drug Administration, they’re safe to use—and apparently don’t leave any residue on the beans, says Angelone. 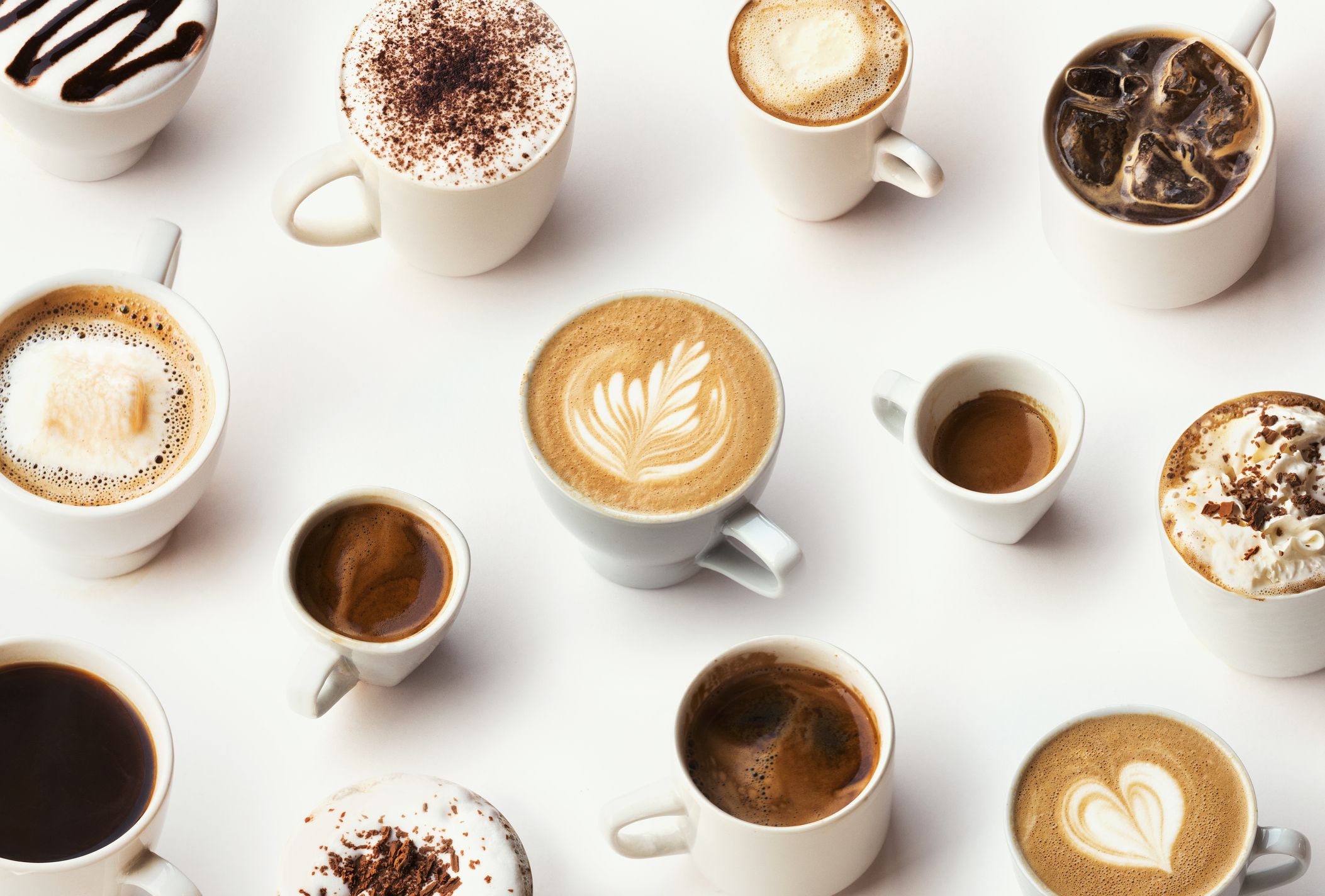 Is decaf healthy, then?

In fact, both forms of coffee have been shown to decrease your risk of developing type 2 diabetes, Parkinson’s disease, Alzheimer’s disease, breast cancer, prostate cancer, and liver cancer, she adds.

Whether decaf coffee is actually better for you depends on, well, you.

Of course, if you’re breastfeeding, pregnant, or have a health condition that requires you to limit caffeine, decaf is the obvious option.

“Some people also find that caffeine makes them anxious or jittery, so if you’ve experienced this, you may want to switch to decaf,” Cassetty says. Same goes if you notice that mid-afternoon cup tends to keep you up at night. 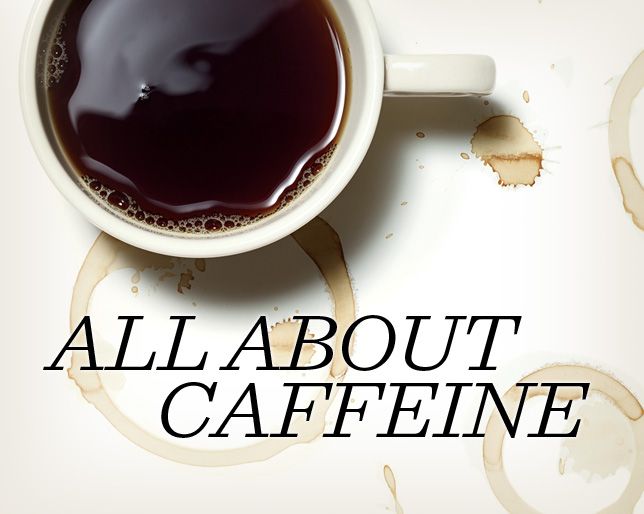 Your ideal coffee option also depends on the state of your stomach. According to Cassetty, both regular and decaf coffee can cause digestive symptoms in sensitive people.

However, caffeinated coffee tends to cause more issues, like upset stomach and acid reflux. If it doesn’t bug your stomach, though, it can actually help keep you regular, adds Cassetty.

Ultimately, it comes down to personal preference. “When you’re considering decaf versus regular coffee, it’s primarily about the caffeine,” Cording says.

How to find yourself a quality decaf coffee.

If you’re big into coffee and concerned about some of the chemicals used to make decaf, “it’s worth it to purchase organic,” Cording says.

Organic coffee is free of chemicals and pesticides, and that can make a difference in your overall health—especially if you drink java every day. 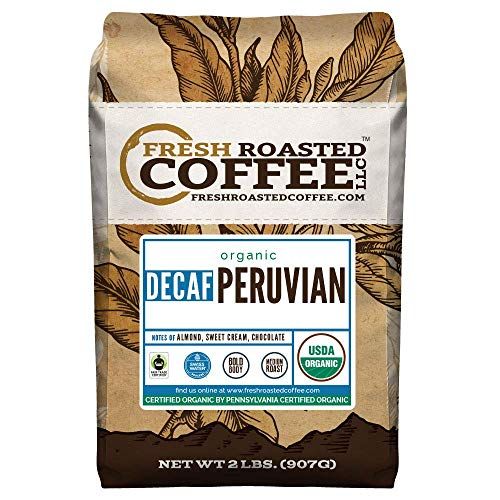 Cording buys this organic, fair-trade coffee (which uses the Swiss water method to remove caffeine) a lot. “I like it because I can find really nice, organic coffees, including decaf,” she says. 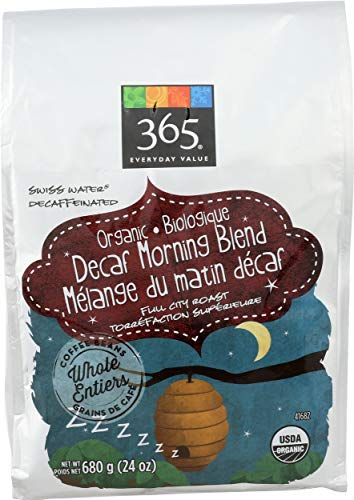 Whole Foods’ store brand decaf is organic, chemical-free, and made using the Swiss water process. It has a robust flavor and is also certified kosher. 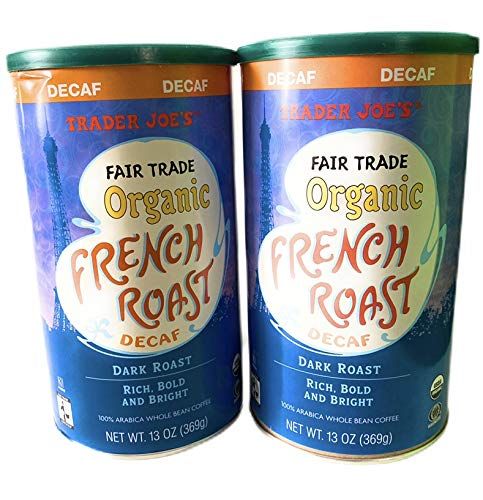 This Trader Joe’s coffee may be low on caffeine, but it’s high on flavor. It uses 100-percent dark-roasted Arabica beans and is chemical-free.

How to keep your coffee habit healthy.

If your daily cup (or cups) of coffee is working for you, keep on doing what you’re doing.

Just make sure you’re sipping on a high-quality brand and are careful not to go overboard on extras like syrups, sugar, and creamers. “The sugar and calories can add up quickly and minimize coffee’s health benefits,” Angelone says.

If you just can’t with completely black coffee but want to cut back on all the add-ins, Cassetty recommends stirring some cinnamon into your brew. “The spice adds a hint of sweetness without added sugar,” she says.

Otherwise, avoid drinking caffeinated coffee after 3 p.m. to make sure it doesn’t mess with your sleep.