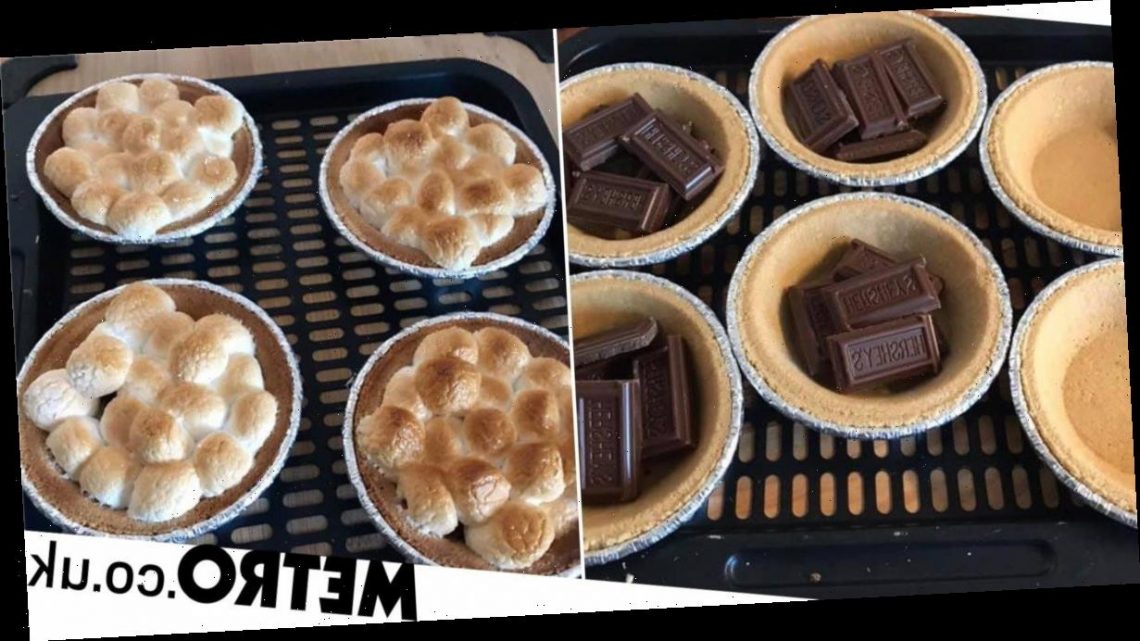 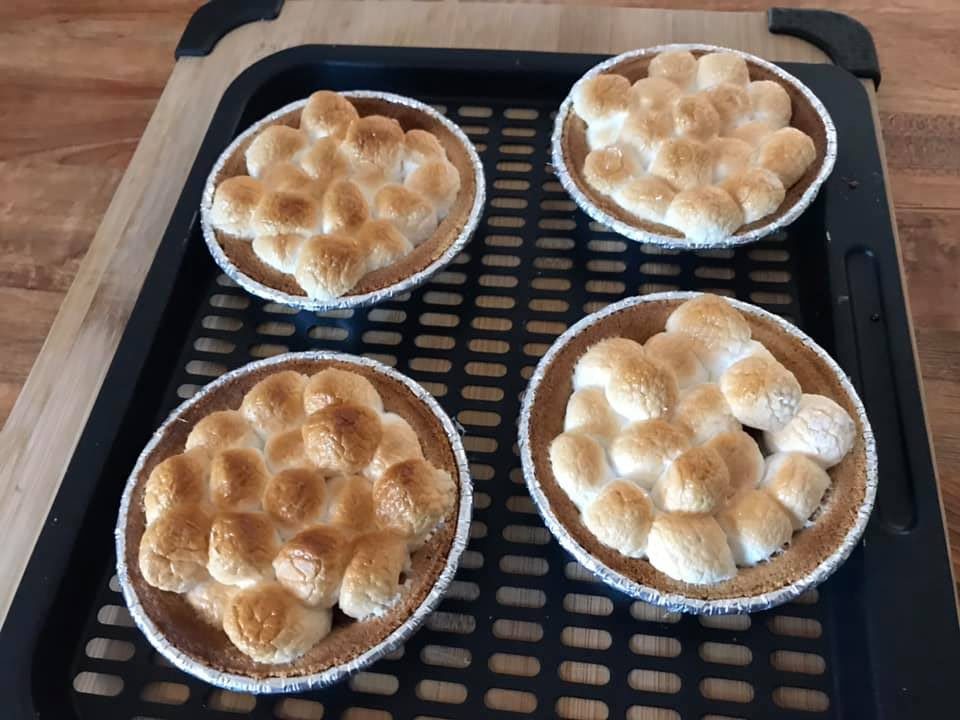 S’mores might have originated in the US, but they’re sweeping the world in a big way.

These s’mores pies incorporate similar ingredients in a different format, and are so easy to make in just 10 minutes.

On a Facebook group for air fryer recipes, one amateur chef showed their creation, and other group members find it just as tempting to make.

‘S’mores without the mess. So easy,’ the woman in the caption of the photo, with over 1,000 people now having liked her post.

To start with, all you need are mini pie crusts. These can be bought from most supermarkets, but they may be under the name ‘tartlet cases’ or ‘flan cases’.

Next, you put a few squares of regular chocolate into the crusts, before topping with marshmallows.

You can make these under the grill, but this person used an air fryer, cooking them for four minutes at 375 degrees Fahrenheit (about 170C).

What comes out should be a crispy-topped pie with melted chocolate and a crunchy crust.

‘Cute idea!’ one woman replied to the original post.

‘I love these so easy and so good,’ added a second, while a third wrote: ‘Where is that YUM button at?’

S’mores are typically made from two Graham cracker biscuits sandwiching chocolate and marshmallow, and are a popular camping treat, being warmed by an open fire on a stick.

The taste is delicious, but it’s quite a faff – especially if you’re not going camping.

This way, you can enjoy them without the huge cleanup, and they’re an impressive dessert for kids and adults alike.

#CancelDisneyPlus trends after Gina Carano fired from ‘The Mandalorian’