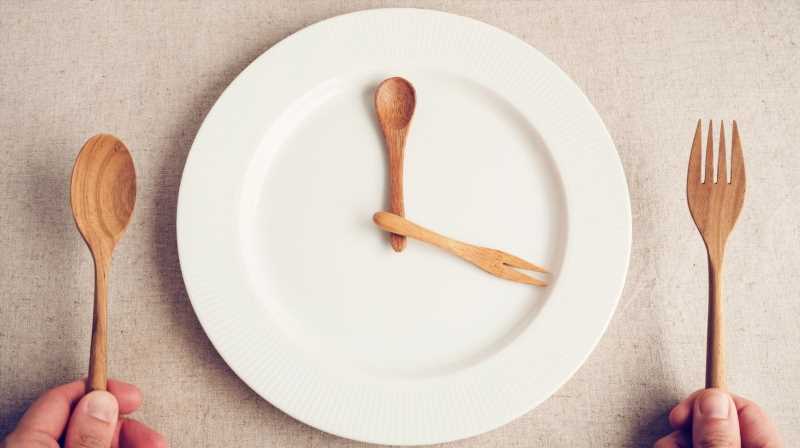 Here’s What You Should Be Eating While Intermittent Fasting

If you’ve attempted to lose weight or change your diet lately, chances are, you’ve heard of intermittent fasting (IF). This popular dieting technique involves cycling periods of eating and fasting (via Healthline). Many people do this by fasting 16 hours a day and eating during the remaining eight hours, often called the 16:8 diet. Others do 20 hours of fasting and four hours of eating. Occasionally, people try eating normally five days a week and fasting or going very low calorie for two days each week. Greatist reported that some studies appeared to show that restricting your daily food into a shortened time frame helps a variety of health problems while lowering blood sugar and assisting with weight loss.

The theory behind intermittent fasting is that you evolved to occasionally fast when food was scarce, so going periods without eating is more natural than having three to four meals every day (via Healthline). Sometimes it follows your natural circadian rhythm. One unique aspect to IF is the lack of a structured plan for what to eat, according to Lauren Harris-Pincus, MS, RDN, author of “The Protein-Packed Breakfast Club” (via Greatist). “There are no specifications or restrictions about what type or how much food to eat while following intermittent fasting,” she said. However, that doesn’t mean you should ignore what you eat if you choose to try IF.

Here are the keys to making intermittent fasting work for you

For intermittent fasting to work for you, experts agree that you should still consume a well-balanced diet instead of having a free-for-all during the time you’re able to eat (via Greatest). If you’re well-versed in healthy diets, the advice probably isn’t surprising to you. “Anyone attempting to lose weight should focus on nutrient-dense foods like fruits, veggies, whole grains, nuts, beans, seeds, as well as dairy and lean proteins,” Lauren Harris-Pincus told the publication. This could be key to successful intermittent fasting.

More specifically, you should ensure you’re well-hydrated by drinking plenty of water even during fasting periods (via Today). This amount varies by person, but you should aim for pale-yellow urine, adding more water if yours is darker (via Greatest). Other powerhouses of nutrition include avocado, seafood, and fiber-rich cruciferous vegetables like broccoli and brussel sprouts. Perhaps surprisingly, potatoes should feature in an IF diet, but you probably shouldn’t eat them as French fries. Finally, check out beans and legumes, eggs, nuts, whole grains, foods rich in probiotics, like yogurt, and colorful berries. With so much tasty variety available, there is plenty to choose from during whatever timeframe you choose to eat.

Of course, intermittent fasting isn’t for you if you’re seriously underweight or have a history of severe eating disorders (via Healthline). If you’re unsure if this idea is right for you, consult your doctor before making any dramatic diet or lifestyle changes.