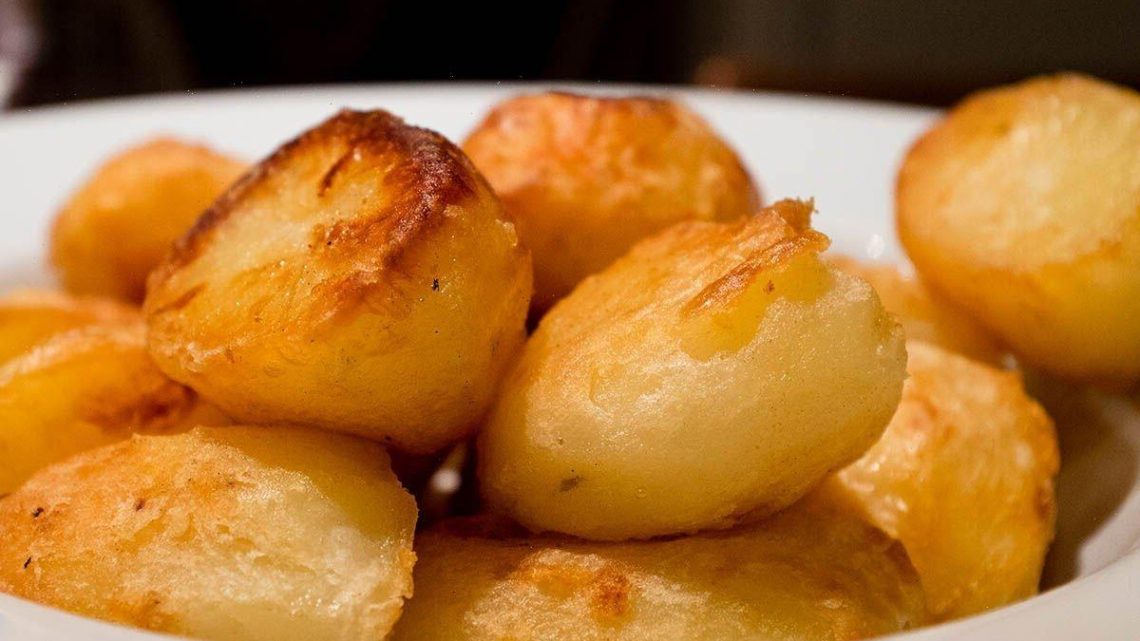 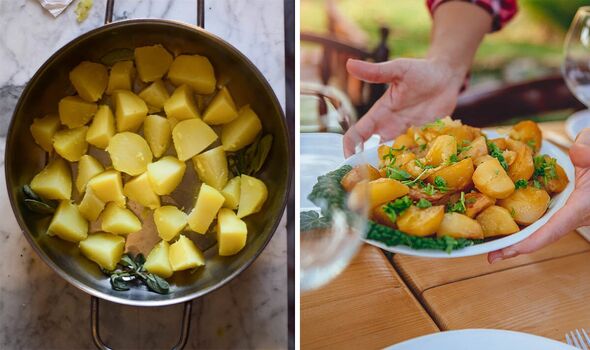 Roast potatoes can be coated in whatever takes your fancy, from herbs and seasoning to hot gravy – but one thing many people can agree on is that they should always be crispy on the outside. While everyone has their own way of cooking earthy spuds to perfection, one avid home cook has urged people to ditch their ovens and air fryers and try using a slow cooker instead. Posting on a slow cooker tips recipe page, Facebook user Ria McCllough shared the hack which she described as “an absolute game changer”.

Ria wrote that the discovery of this easy slow cooker recipe left her wondering if she will cook roast potatoes in the oven “ever again”, prompting other members of the Slow Cooker Recipe & Tips Facebook page to try it themselves.

She recommended using Navan potatoes – a form of the popular Maris Piper variety which can be purchased in Sainsbury’s, Asda and other popular supermarkets in the UK.

While you can leave the spuds unseasoned, Ria added a mix of pepper, sage, flour, onion granules and salt to the mix for added flavour, along with a generous glug of olive oil.

Though she didn’t specify exactly how many people the recipe served, the home cook noted that you should avoid “piling” the potatoes on top of one another and instead stick to one layer in your slow cooker for maximum crunch.

As with most roast potato recipes, it is best to boil the spuds before cooking them to ensure they turn perfectly crispy while still being soft in the middle.

Ria explained that she parboiled the potatoes for 10 minutes before steam-drying them. To do this, drain them and leave them in a colander until they cool down.

While the potatoes rest, add “a few glugs” of mild olive oil into a clean slow cooker pot and switch it on to a high setting to heat the oil through – as you would in the oven.

The slow cooker user noted that at this stage, you can season the roasties with whatever you like. She added “a shake of pepper, sage, flour, onion granules and salt” before shaking the colander to give each one some flavour.

Ria wrote: “Put them into the hot oil, toss to coat and then leave them on high for four hours with a tea towel under the lid, turning twice in between.”

While the tea towel may seem like a strange addition to the slow cooker, the avid home cook noted that it “traps any condensation and the potatoes stay crispy”.

She added that you just spread the tea towel flat across the top of the cooking pot and place the lid back on.

Of course, you should take care when removing this when you go to turn the spuds over as they cook as it will be hot.

Though the recipe itself is easy to follow, Ria shared a few extra tips with fellow slow cooker users who had shared their thoughts on the hack.

She explained that sticking to one single layer of potatoes in the pot is the key to producing “really crunchy” roasties with a “fluffy” middle as they will likely sweat rather than crisp up if you pile them up.

In response to one Facebook user who commented on the lengthy cooking time, Ria noted that you should “put them on early” to “free up time for other stuff” and of course, allow for extra oven space.

While the unique roasting method was a hit with some, one person noted that when they tried the hack themselves, the potatoes shrunk down in size.

She warned other slow cooker users to “add more than you think” when loading up the pot with parboiled roast potatoes to avoid disappointment when it comes to serving up.

Another commented that they tried them over Christmas and they turned out “fab”, adding that a “tea towel is a must”.

If you’re still conflicted as to whether you should use an air fryer, or slow cooker or stick to traditional oven cooking when it comes to roast potatoes, there are a few things to consider. Air fryers are much healthier as they don’t require any oil though slow cookers work out marginally cheaper than air fryers, and both are significantly cheaper than using an oven.

In fact, according to estimates by John Lewis, an air fryer costs approximately 32p per day if you use it for half an hour while using a slow cooker for eight hours averages 38p per day – versus £1.43 to run an oven for two hours.