Home » Food & Drink » Fancy a vegan bite? We ranked the best plant-based burgers on the market 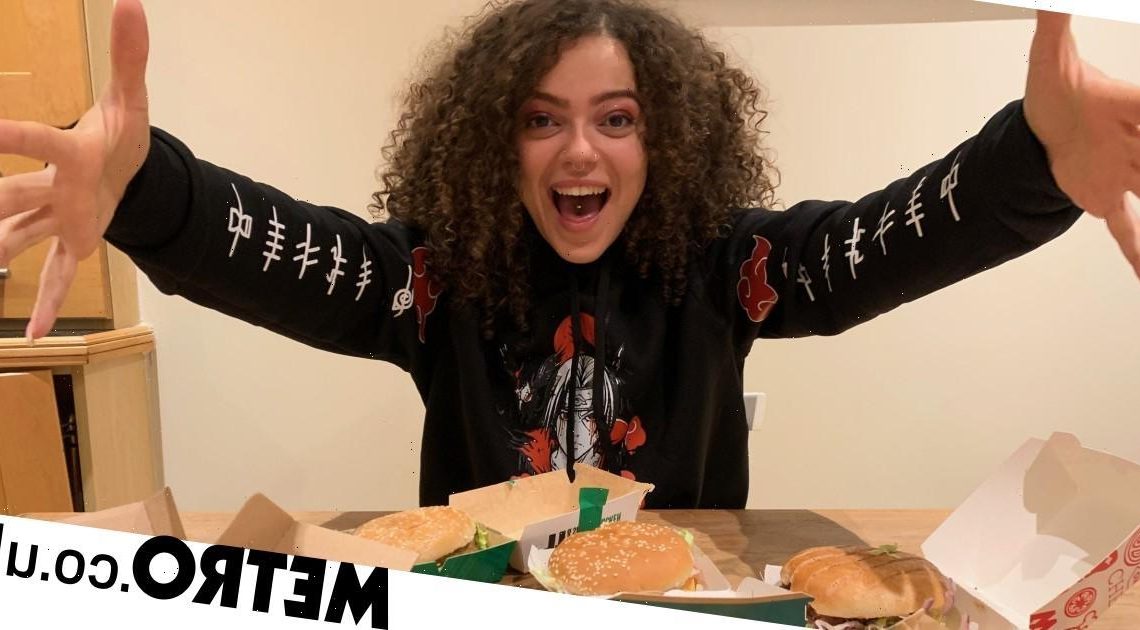 Fancy a vegan bite? We ranked the best plant-based burgers on the market 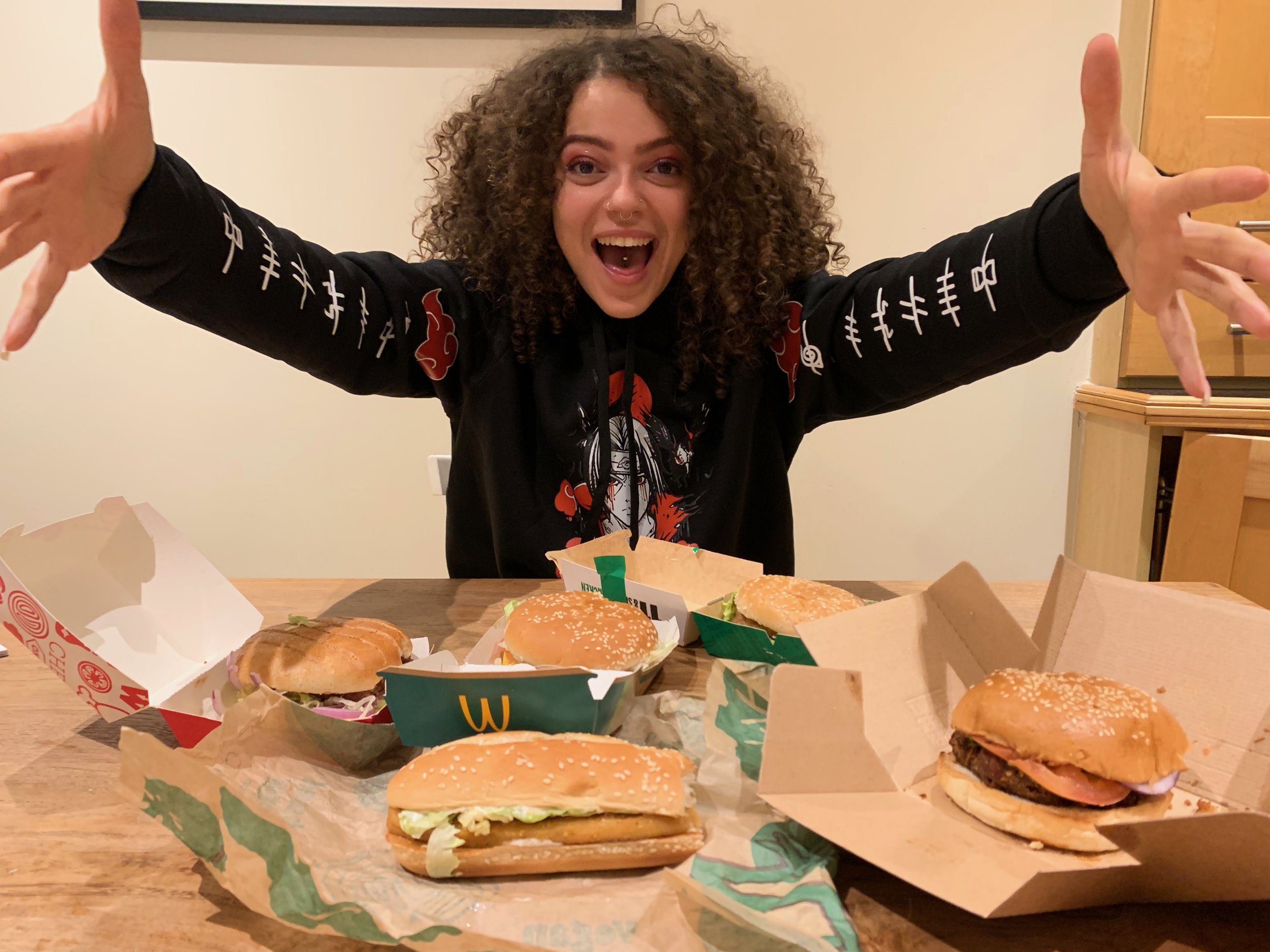 The appetite for meat-free fast food has rocketed in the past three years – a recent YouGov poll found a third of Brits are introducing vegan meals to their diet. The bigger chains are fighting hard to keep up.

When McDonald’s tested a limited run of its new vegan McPlant burger last autumn, UK demand was so great that the company added it to the menu in every branch in the country in January.

Angela Terry, environmental scientist and founder of eco website One Home, says: ‘The fact McDonald’s had to invent the McPlant burger to meet public demand says everything about how our tastes are changing.

‘Younger customers are incredibly aware of how meat, and particularly beef production, takes an enormous toll on the planet’s resources.

‘Meat and dairy production is responsible for over half (60%) of agriculture’s global greenhouse gas emissions. The foods themselves provide just 18% of people’s average calories. On a planet in crisis, this is a huge waste of energy and resources.

‘On the whole, meat-free food is healthier too and traditional burger fans are welcoming options with less saturated fat that still taste really good.’

We asked vegan Georgia Plumb to join Angela in testing the high street’s most popular meat-free fast food burgers. Georgia, a 22-year-old teaching assistant from Wimbledon says: ‘I have avoided fast food chains since I became a vegan six years ago – but it’s really encouraging to see burger joints catching up with my generation’s appetite for vegan food.’

Here we test five high-street burgers for health and environmental impact and taste.

Georgia: ‘It’s a chunky mouthful and spicy. If you don’t like “mock meats”, it’s a good option. But because it’s bean-based, this is the driest burger.
I would add vegan cheese.’ ★★✩✩✩

Angela: ‘The pulses are important sources of protein, fibre, vitamins and minerals. Beans need less water and fertiliser than other crops, which is good for the environment and way better than a beefburger.’ ★★★★✩

A Quorn fillet, coated in KFC’s recipe of 11 herbs and spices, in a sesame bun with lettuce and vegan mayo.

Georgia: ‘Mmmm, I can taste the seasoning I remember from eating chicken KFC. It’s a little bit dry, took me a long time to chew.’ ★★★✩✩

Angela: ‘Considering it’s made from fermented fungus, Quorn is surprisingly tasty and good for the planet. It is high in protein and low in fat. Quorn says its products have a 95% lower carbon footprint than beef mince and use less than one eighth of the amount of land to produce. The palm oil used is 100% sustainable. They also use much less water than beef.’ ★★★★★

Patty combines pea and rice protein, with extracts of potato, apple, beetroot, pomegranate, carrot and lemon juice. Inside a vegan bun, with lettuce, tomato and red onion, and vegan mayo.

Georgia: ‘This is juicy, tastes like actual meat. No distinctive flavour, though.’ ★★★✩✩

Angela: ‘Made with Beyond Meat beef substitute. These products are made mainly from water and peas but are designed to have the same protein content as beef. They are quite heavily processed, though, which means they take more energy to produce, raising their carbon footprint slightly.’ ★★★✩✩

Georgia: ‘Really good. You can’t taste the difference between the vegan and the meat version and it’s cheaper than most. Definite thumbs-up.’ ★★★★✩

Angela: ‘Developed with The Vegetarian Butcher, who use soy, which is a complete protein source, so it contains all the essential amino acids humans require.’ ★★★✩✩

Patty co-developed with Beyond Meat with vegan sandwich, sauce, ketchup, mustard, onion, pickles, lettuce, tomato and a vegan alternative to cheese in a sesame bun.

Georgia: ‘This tastes just like a Big Mac. I can’t believe it. My taste buds went wild to experience this flavour again. I feel a bit guilty but this is good news. It means everyone can eat vegan rather than meat and not even notice.’ ★★★★★

Angela: ‘This has almost half the saturated fat of a McDonald’s quarter pounder with cheese. It will have been processed and therefore use more energy than bean-based patties. McDonald’s serves nearly four million UK customers every day. If a tenth of those can swap from meat to vegan we’re going in the right direction.’ ★★★★✩