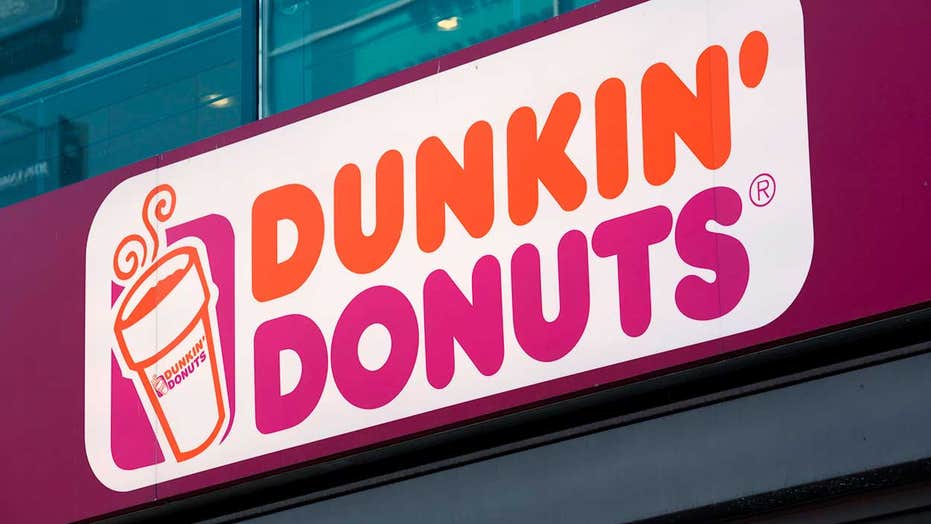 Absentee, early voting numbers on pace to break records in 2020

This early voter is proud to run on Dunkin’.

One Boston woman has become a social media sensation following an interview ahead of the 2020 presidential election, during which she was hamming it up for a local news station in a wicked-funny moment sure to amuse any Massachusettsan.

Hundreds voted at Fenway Park on Saturday, as the nation’s oldest ballpark doubled as the polling place of choice for Laura Eastaugh, who was thrilled to cast her ballot, The Boston Globe reports.

'PUMPKIN TASTY': DUNKIN' DONUTS SIGN GOES VIRAL AFTER 18-YEAR-OLD IS TASKED WITH PUTTING UP 'WHATEVER'

In a quick interview with WHDH that has since gone viral, the Brighton woman waxed poetic about democracy — and Dunkin’.

“I wanted to vote at Fenway because we've all been cooped up inside for a little bit, and I've got my Dunkies,” Eastaugh said, waving her arms and brandishing her iced coffee from the chain. "I’m ready to vote for Joe Biden, but I wish I was voting for Bernie Sanders, but it’s a team sport.”

Apparently ready for her close-up, Eastaugh sported a Cam Newton Patriots jersey, as well as a face mask featuring the intertwined logos of the Patriots, Red Sox, Bruins and Celtics.

The hilarious hit has been viewed over 1.7 million times on Twitter, where fans have declared the quick clip “the most Massachusetts thing I've ever seen” and wished to anoint Eastaugh as “our Prime Minister.”

According to the Globe, the now-viral moment “seemed almost too Boston to be true” – and at least part of it allegedly was, as Eastaugh admitted to emphasizing her accent.

“I guess it was all part of the master plan,” Eastaugh said of being featured on the news. “I was excited to be there and I was wearing the Boston sports gear, and I just thought if I threw on the Boston accent it would make a good TV clip.”

Better yet, she continued, is that the call to vote has hit home for viewers.

“The irony was not lost on me that this all happened at Fenway Park, and I was calling it a team sport. We need to come together,” she explained.

Fenway Park was one of 10 sites across Boston where residents could vote on Saturday, when early voting began in the Bay State, the Associated Press reports.

Though the storied ballpark was used as a voting venue on Oct. 17, a spokesperson for the Red Sox said the organization will be sticking to baseball and staying out of the politics.

2 Teens Killed After 'Violent' Collision with Motorhome Along Oregon Highway

Shawn Mendes bares it all in new Netflix documentary, ‘In Wonder’
Entertainment