Home » Food & Drink » 'Don't be British and nod along': How to complain at a restaurant 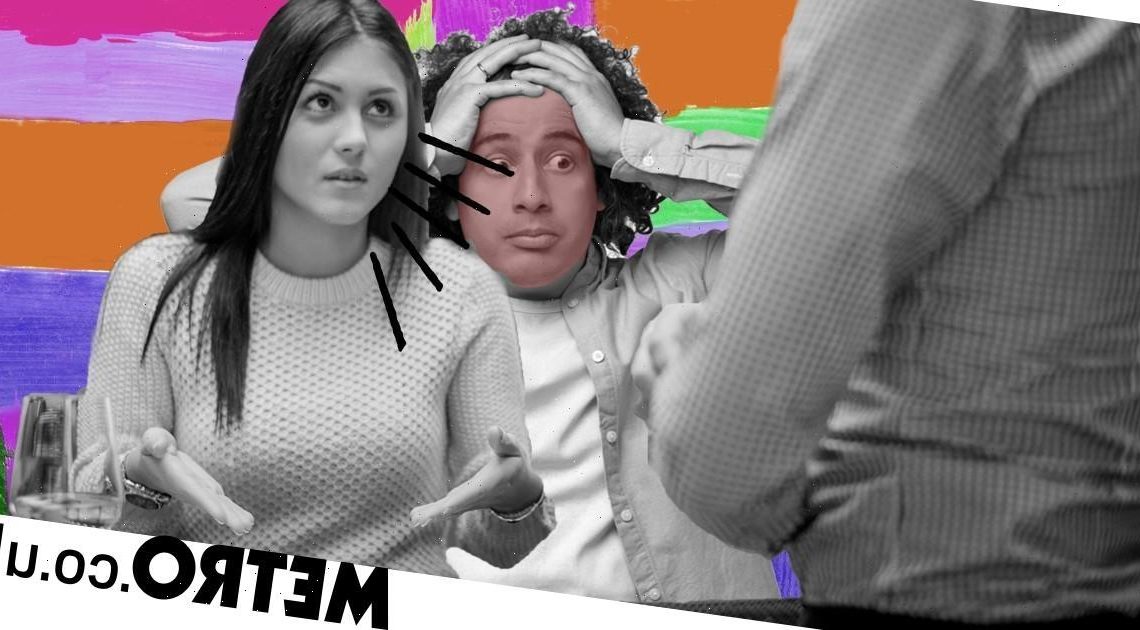 'Don't be British and nod along': How to complain at a restaurant

Picture the scene: you’re at a restaurant and your server has given you the wrong dish.

Do you, a) cause a fuss and make everyone within 50 feet hate you or, b) keep the issue to yourself and remain politely discontent for the next hour or so?

This is, of course, a trick question – the answer is c) share your issue politely and concisely – but, especially for the very British and/or anxious among us, deciding whether to complain at a restaurant or bar can feel like choosing between two not great options.

Well never fear, because if you’ve ever faced that veritable Sophie’s choice, here are some tips from people who actually work in the industry on how to complain properly.

Do it sooner rather than later

Matt, who used to work as a restaurant manager, tells Metro.co.uk it’s far better to make your issue known straight away rather than suffer in silence only to write a bad review later.

‘If you tell someone when the issue arises,’ he says, ‘then they can do something about it.

‘Actually give the place a chance to make amends/send you something you prefer. Deal with it in the moment, don’t be British and just nod along when the server asks how it’s all going.’

John, owner of Dough and Brew in Warwick, says: ‘What isn’t helpful is people complaining days later about something that could easily have been resolved at the time.’

Jack, a former bartender, agrees, telling us: ‘I always was fine if someone was quite quick to raise the issue. It’s easier to believe it.’

Be clear, calm and concise

Matt says no matter what you’re complaining about, it’s important to make your point clearly and calmly.

‘We, as Brits, tend to like being very euphemistic and avoid confrontation in these sorts of scenarios particularly,’ Matt tells us.

‘Being calm and describing the issue is much better than fudging around it – no one leaves that interaction satisfied.’

On the other side of that coin, Jack says it’s far better when ‘people just go straight to the issue instead of getting melodramatic and complaining, “I’LL NEVER COME HERE AGAIN”’.

John recommends: ‘I’d always start with a brief explanation of what’s wrong (keep it short, constructive and try to leave emotion out) and see how the restaurant handles that.’

Matt adds that, nine times out of ten, what you’re telling staff is something they’ve already considered themselves, and what you’re actually giving them is valuable feedback – so don’t beat around the bush.

Mention something positive too

If you’re worried about how to frame the feedback, Sharif Uddin, owner of the Kushi chain of restaurants, says you should mention something positive as well to soften the blow.

He says: ‘It’s best to begin with making a compliment about something that that was good.

‘”The starter was excellent”, “I love the decor” – whatever, before adding the all-important “however …”‘

Don’t ask for the manager straight away

You probably wouldn’t like it if someone went over your head with easily rectified feedback at work, and servers are no different.

Matt says getting the manager involved straight away is a ‘sure-fire way to ensure everyone hates you’.

‘The people serving you are adults,’ adds, ‘they are professionals. It is part of their job to look after any issues, and trying to bypass them will only make your experience even worse.

‘Of course, if they’ve tried, and you’re still not happy, then it might be time to go above, but 9/10 you’ll get the same response from the manager.’

Above all, don’t ever be abusive

It almost goes without saying, but it’s important enough to bear repeating – shouting and swearing at staff is not an acceptable course of action.

‘All that does is disturb everyone else, make the server feel (very much within their rights) intensely disinclined to actually help you, and make you look foolish,’ says Matt.

John says: ‘For me, the key thing to remember when we’re complaining is that we’re all human, we all make mistakes, we all have bad days.’

Whitney Houston’s ‘The Bodyguard’ Getting Remake At Warner Bros.

11 Fall Festivals Worth Popping Out For
Entertainment