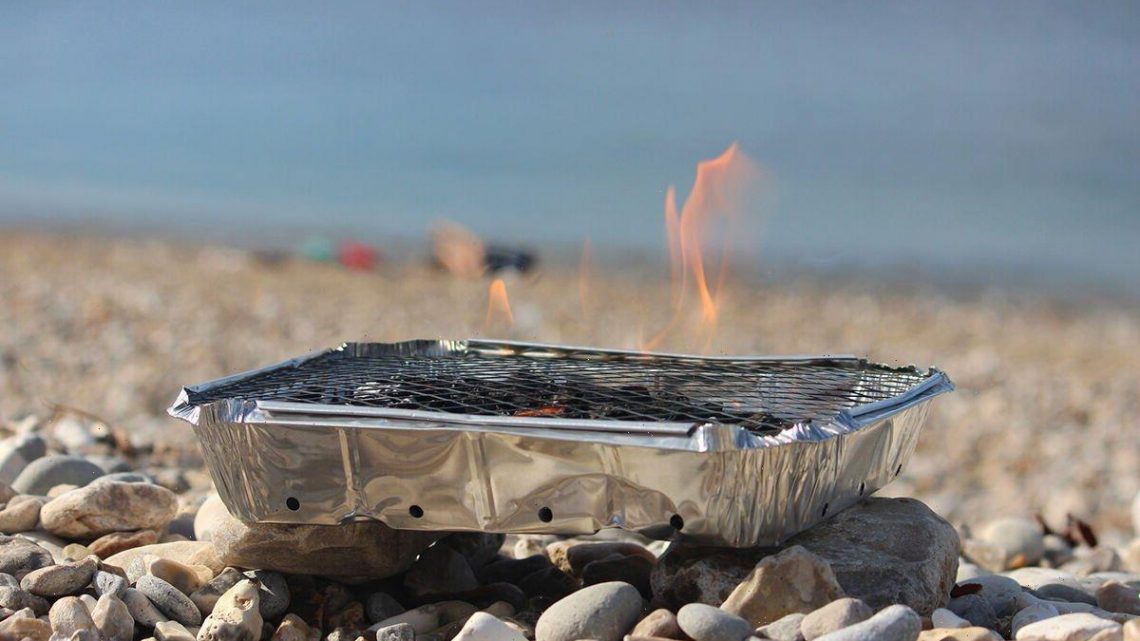 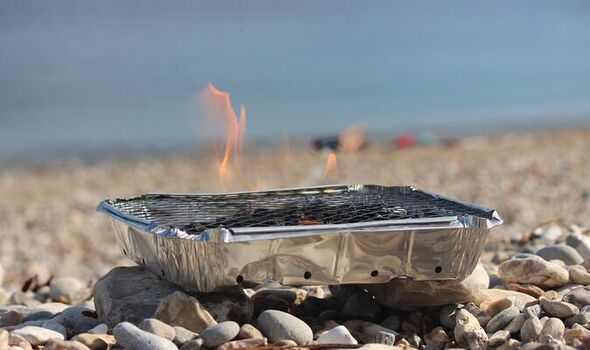 Brian George, dubbed the Grillmaster for his culinary skills, has spoken out today as a seven-year-old girl has been left scarred by standing on a buried barbecue on sand in Swansea, South Wales. With temperatures expected to exceed 20C across the UK again this weekend, it’s anticipated beaches will be extremely busy and families will gather for barbecues at parks and recreation grounds, where permitted.

But Mr George has branded the devices “highly dangerous” and said they’re bad for the environment.

The chef said: “It really is time to call a halt to these highly dangerous disposable barbecues and impose a complete ban on their sale.

“Her (the girl in Swansea) case is a prime example of the dire need for a nationwide ban.

“They may be cheap to buy but they have a heavy environmental price. Some retailers have stopped selling them but I would encourage shoppers to send them a clear message that they have no place on shop shelves in 2022.

“As we’ve said many, many times, Ditch the Disposable.” 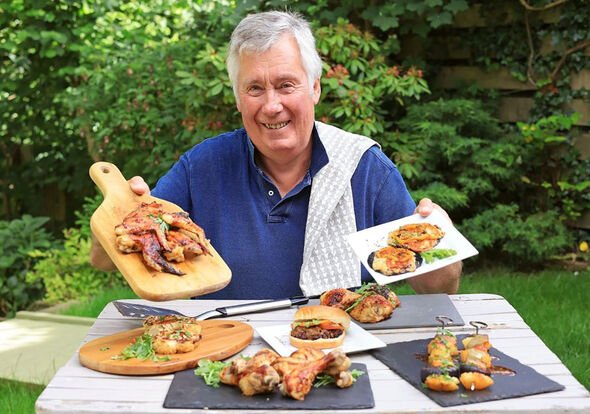 Throwaway barbeques can stay hot for hours after use.

Simi Adenaike may now require a skin graft after her accident which happened on Swansea Bay, where the council has several bins for visitors to leave rubbish.

Mr George, who is also a copywriter and marketer, continued: “It once again highlights the extreme danger that disposable barbecus pose to unsuspecting children and adults, especially when they’re buried or simply left, to cause fires.

“Simi’s case is made even worse by the fact that not only may she need skin grafts to her feet, but also that Swansea Council actually has 15 bins for disposing of disposable BBQs along the length of the bay.

“So there was absolutely no excuse for burying the BBQ, it’s just being lazy and plain selfish.”

Tips for keeping your pets safe at summer barbecues

Swansea councillor Cyril Anderson, of the Labour Party, said: “Anyone who thinks that it’s OK to bury barbecues or any other waste in the sand on a day out is simply irresponsible and thoughtless to the injuries they can cause to beach users.”

In March, Waitrose and Aldi announced that they would stop selling disposable barbecues because of their impact on the natural environment and wildlife.

They also usually contain charcoal, which is normally not sustainably sourced and therefore contributes to deforestation.

Most are wrapped in single-use plastic – all of which means that more than a million end up in landfill every year, according to estimates.

Speaking at the time, the government welcomed the decision but has yet to make a move to introduce legislation that would lead to their banning.