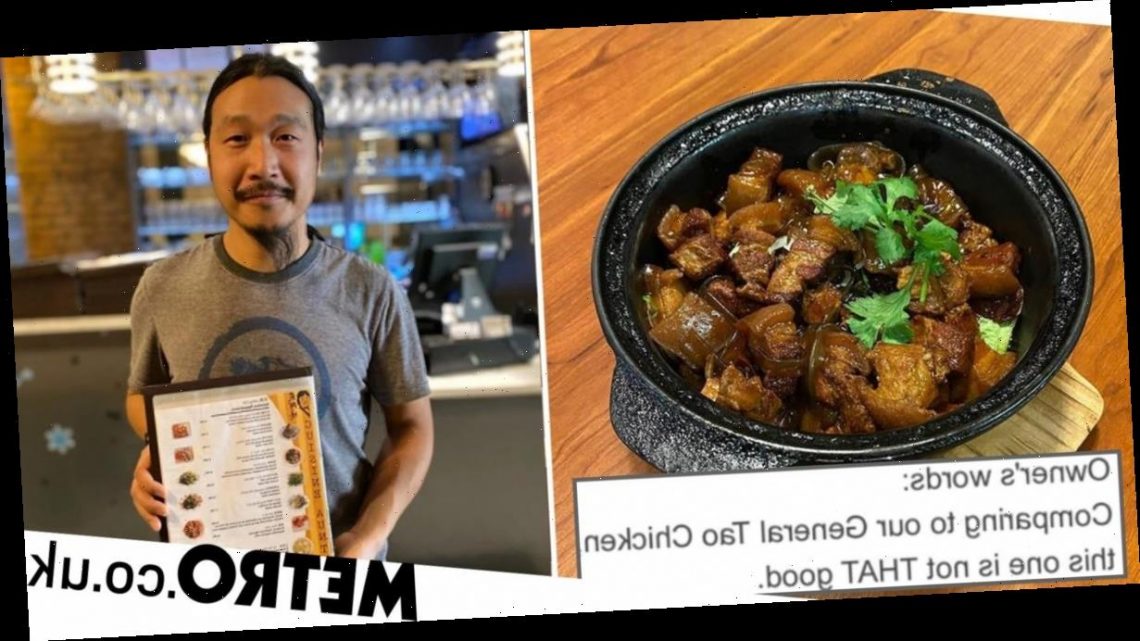 When it comes to trying out a new restaurant, you’re probably keen to check out a few reviews and get some honest opinions.

But it’s unlikely the brutally honest critiques will come from the restaurant owner themselves.

For one place in Montreal, Canada, though, the owner tells customers exactly what he thinks of each dish, right there on the menu.

Feigang Fei, owner at Aunt Dai, likes to let customers know that the Orange Beef is ‘not THAT good’ and ‘it’s your call’ if you order it.

Other things he’s not a fan of include the Imperial Rolls, because they’re good but small and Singapore Noodles because it has curry flavour and is a safe choice but isn’t ‘SO tasty’.

He also advises that he’s added some new dishes that have proved to be popular but he hasn’t had time to try them.

Writing about the Satay Sauce Beef, he said: ‘This is new on our menu, I did NOT have chance to try this one yet.

‘According to a lot of customers, this one is very popular, I still don’t have chance to taste it. Looks like I should spend more time eating in my own restaurant.’

One said: ‘Someone tell this owner to write reviews for literally everything. Would pay a sub to read them.’

Another added: ‘What? Why can’t every menu be like this?’

The tweet brought lots of new business for Aunt Dai.

He wrote: ‘Friday and Saturday we saw a lot of new customers and a lot of them told me they heard me on the radio or saw me on TV and they loved it.’