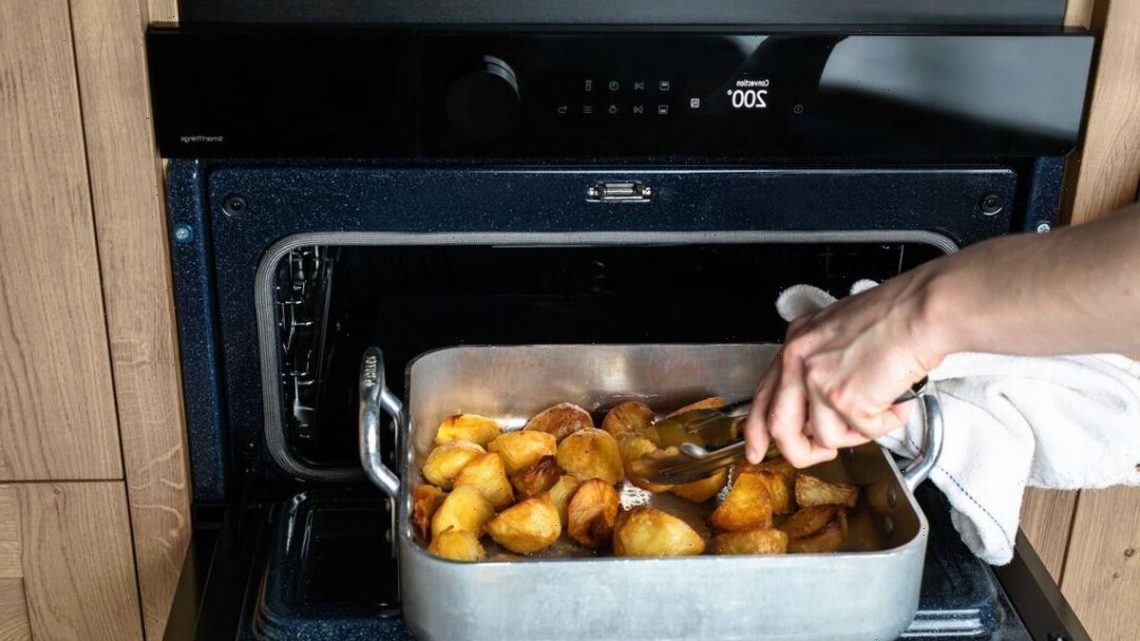 Potatoes are one of the most versatile ingredients to cook with, particularly when it comes to making a roast dinner. Whether you prefer them mashed, fried or baked – there’s no denying that roasted spuds are a staple dish on the table at Christmas. While everyone has their own unique hacks for making the “perfect” roast potatoes, long-serving lieutenant to Michel Roux Jr, chef Millie Simpson, has shared an easy tip to guarantee an unbeatable mix of fluffiness and crispiness.

How to make perfect roast potatoes

Salt is often the go-to ingredient added to water while pre-boiling vegetables, but according to Millie, it’s not necessary when it comes to making roast potatoes.

In an exclusive Samsung masterclass held at Sauce by The Langham, the esteemed chef revealed that white vinegar is the key to achieving the perfect consistency.

She explained that adding just one tablespoon into the water while raw potatoes boil is all you need.

According to Millie, this “stops disintegration”, leaving you with whole, fluffy roasties once they have been cooked off in the oven.

However, before utilising acidic vinegar to perfect your dish, it is important to choose the right kind of potatoes.

The chef told Express.co.uk that Désirée, Maris Piper, Agria, or King Edward potatoes are fine though “Chippies Choice” are used at Sauce by The Langham.

Of course, you will also need some other staple ingredients to perfect this recipe.

To make one large dish of roast potatoes, you will need:

Before boiling your potatoes, preheat the oven to 240C.  Millie noted that heat is crucial to achieving a balance of crispiness and fluffiness in each potato.

While the oven warms up, peel the potatoes and cut them into 50mm by 50mm chunks.

Place in a large pan with cold water and add one tablespoon of vinegar before bringing it to a boil. At this point, you will need to reduce the heat to simmer and allow the spuds to “cook until tender”.

The steps after boiling are just as crucial to your success according to Millie, who noted the importance of allowing the potatoes to dry before roasting.

Do this by removing them from the liquid, leaving them to drain and then steam dry on some greaseproof paper. While the spuds dry, fill a deep roasting tray with 200g of oil and place in the oven until very hot.

Using tongs, add the potatoes one by one to the oil and coat in the hot oil as you go. Roast for approximately 40 minutes until golden brown and crispy on all sides – turning two to three times throughout.

Millie explained that “forcing the chuffing method” by shaking the tin should be avoided to create the “super tender, totally golden – yet still floury” roast potatoes.

Remove the potatoes from the oil and drain them on kitchen paper before seasoning generously with coarse salt.