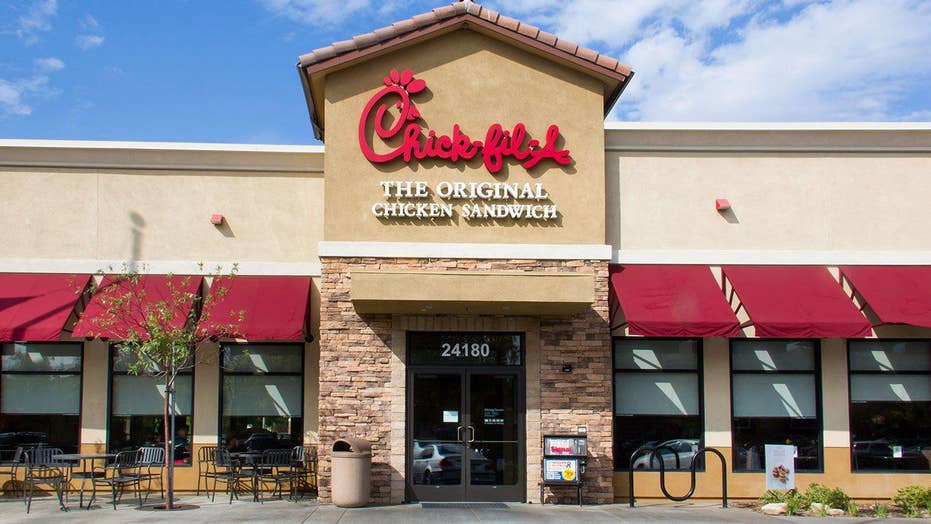 Chick-fil-A is introducing ‘backyard-barbecue-inspired’ summertime menu items for a limited time, including the fan-favorite Smokehouse BBQ Sandwich and the all-new Strawberry Passion Tea Lemonade. The fast food chicken chain’s seasonal summer menu will be available nationwide May 20 through August 24.

Once again, Chick-fil-A has been named America’s favorite restaurant based on customer satisfaction.

For the fourth year in a row, the fast-food chain topped the American Customer Satisfaction Index for limited-service restaurant chains. The index is based on results from nearly 23,000 consumers.

Meanwhile, in regard to pizza places, Pizza Hut and Papa John’s both scored 80 points, with Domino’s at 79 and Little Caesars at just 77.

In a statement to Fox News, Chick-fil-A said, "We are honored by the ranking and grateful to our customers for choosing Chick-fil-A, it’s truly our pleasure to serve them. Our commitment to serving great food with gracious hospitality started more than 50 years ago with our founder’s first restaurant. Today, the more than 145,000 individuals who represent the brand in 2,400 restaurants make honors like this possible by continuing his commitment to service.”

Chick-fil-A’s high ranking can be attributed to several factors, including the company’s famous customer service training. Business Insider reports that the restaurant was named America’s most polite chain in QSR Magazine’s annual report.

This isn’t the only piece of good news for Chick-fil-A. The chain is expected to become the third bestseller fast-food chain in America, Fox 5 reports. It’s expected to jump past Taco Bell, Burger King and Wendy’s, based on a study conducted by Kalinowski Equity Research. Making this an even more impressive feat is the fact that Chick-fil-A is closed on Sundays, while almost all of its competition is open seven days a week.

Not every restaurant is seeing sales moving accordingly with its customer satisfaction score. Forbes reports that McDonald’s, which has a relatively low score in comparison, has reportedly had a strong performance this year. Meanwhile, Papa John’s high score has surprisingly coincided with a drop in sales.